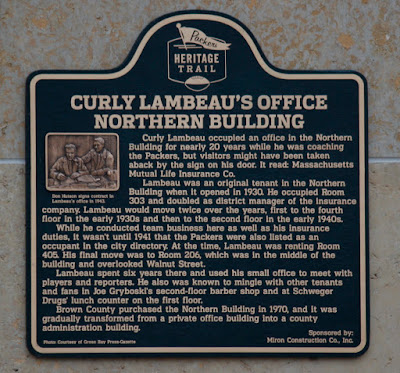 Curly Lambeau occupied an office in the Northern Building for nearly 20 years while he was coaching the Packers, but visitors might have been taken aback by the sign on his door. It read: Massachusetts Mutual Life Insurance Co.

Lambeau was an original tenant in the Northern Building when it opened in 1930. He occupied room 303 and doubled as district manager of the insurance company. Lambeau would move twice over the years, first to the fourth floor in the early 1930s and then to the second floor in the early 1940s.

While he conducted team business here as well as his insurance duties, it wasn't until 1941 that the Packers were also listed as an occupant in the city directory. At the time, Lambeau was renting Room 405. His final move was to Room 206, which was in the middle of the building and overlooked Walnut Street.

Lambeau spent six years there and used his small office to meet with players and reporters. He also was known to mingle with other tenants and fans in Joe Gryboski's second-floor barber shop and at Schweger Drugs' lunch counter on the first floor.

Brown County purchased the Northern Building in 1970, and it was gradually transformed from a private office building into a county administration building. 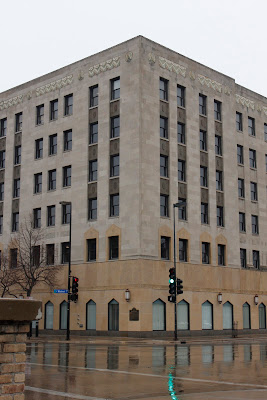 The marker is located on the front corner of the building.