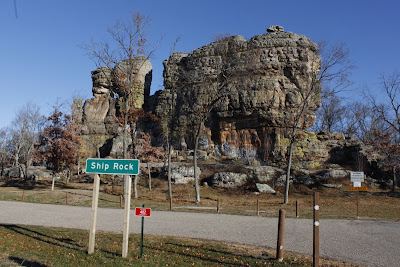 Did not have the opportunity to climb Ship Rock, but would love to return to this area in the spring and do some climbing!

UPDATE 10/13/2013: Ship Rock now appears on Google Maps as "Ship Rock Wayside." This post is one of the most visited on my website. Definitely a must-see in Wisconsin! 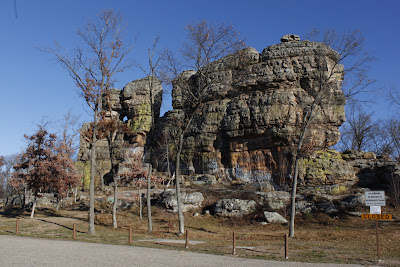 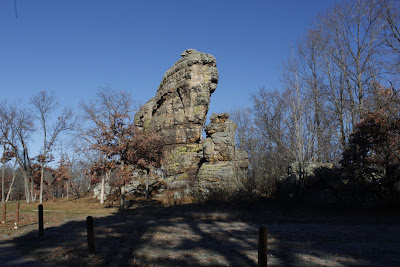 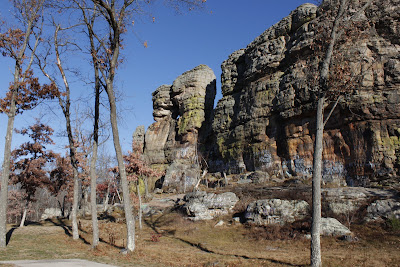 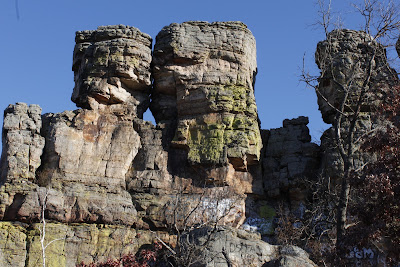 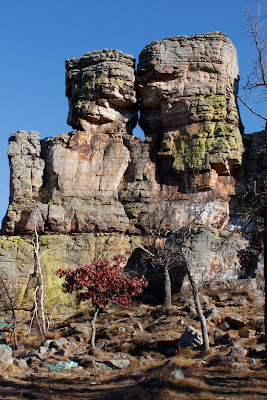 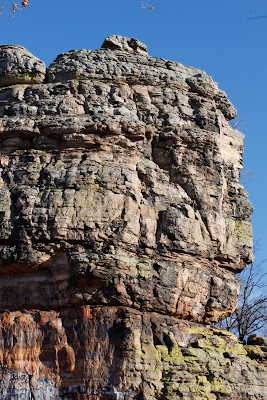 Update April 9, 2017: So many people have written to me about the graffiti that has overtaken Ship Rock that I stopped today on my way home for Vernon County to take a look. It's beyond disgusting what the low-life, trailer trash have done to this sacred site. See for yourself! 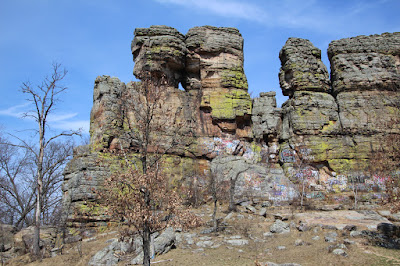 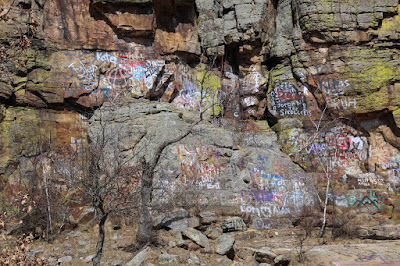 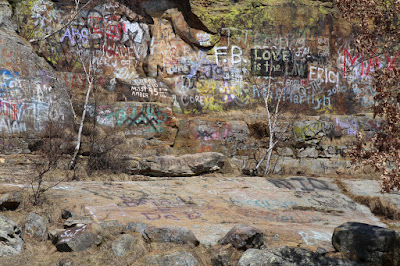 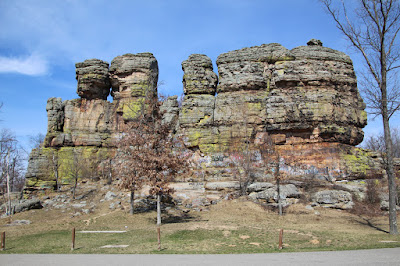 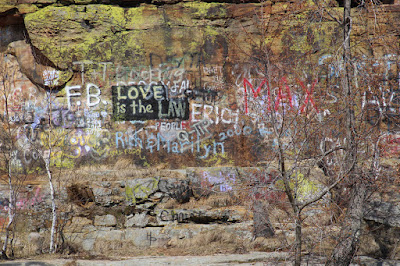 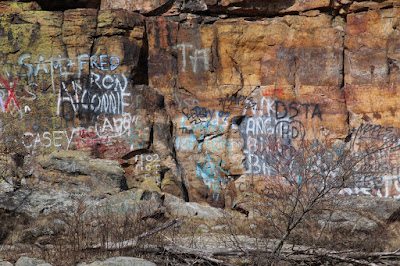 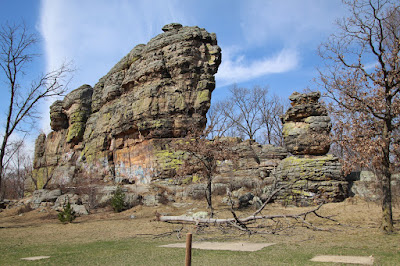 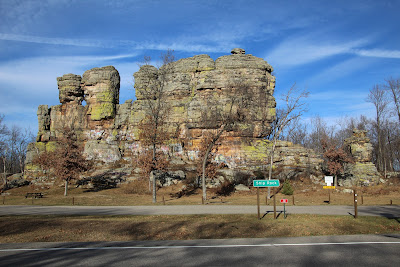 Passing by again on November 26, 2017.
It's impossible to pass without taking a few photos! 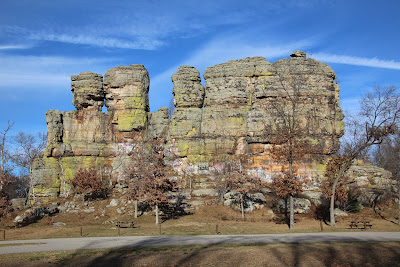 Ship Rock is located within the city limits of Richfield, Wisconsin.

Just stopped there Sunday, 10/4/15. Beautiful but marred by graffiti - too bad.

I was by Ship Rock in August and saw all the graffiti. I nearly vomited. Just tragic :(

So unbelievably disappointing that people had to ruin such a wonderful natural land mark. Otherwise it's so beautiful!

I visited Ship Rock numerous times while growing up in the '70s. It was a great place to have a picnic. I recently took my grandkids to climb around the rocks and enjoy a picnic. We had a discussion about the graffiti and how it ruins the look. I hope it was a "lesson" they won't forget. Still had a wonderful day despite the graffiti!

Thank you "Bald Lady Travels" for stopping by and for sharing your adventure at Ship Rock. I remember having that lesson with my parents, back in the 1960s -- and I never forgot it! Glad your visit was so enjoyable!