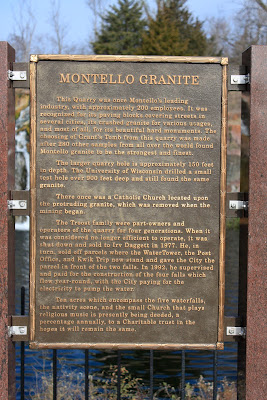 This quarry was once Montello's leading industry, with approximately 200 employees. It was recognized for its paving blocks covering streets in several cities, its crushed granite for various usages, and most of all, for its beautiful hard monuments. The choosing of Grant's Tomb from this quarry was made after 280 other samples from all over the world found Montello granite to be the strongest and finest.

The larger quarry hole is approximately 150 feet in depth. The University of Wisconsin drilled a small test hole over 900 feet deep and still found the same granite.

There once was a Catholic Church located upon the protruding granite, which was removed when the mining began.

The Troost family were part-owners and operators of the quarry for four generations. When it was considered no longer efficient to operate, it was shut down and sold to Irv Daggett in 1977. He, in turn, sold off parcels where the water tower, the post office, and Kwik Trip now stand and gave the City the parcel in front of the two falls. In 1992, he supervised and paid for the construction of the four falls which flow year-round, with the City paying for the electricity to pump the water

Ten acres which encompass the five waterfalls, the nativity scene, and the small Church that plays religious music is presently being deeded, a percentage annually, to a Charitable trust in the hopes it will remain the same.

NOTE: This area is also beautiful at night, when the falls are illuminated with lights. 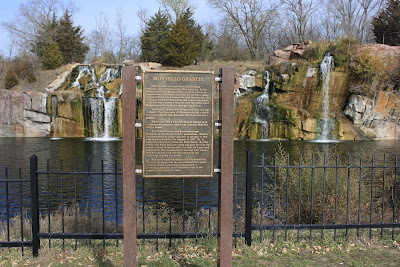 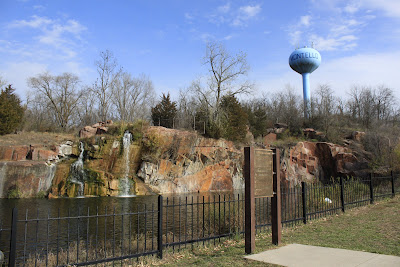 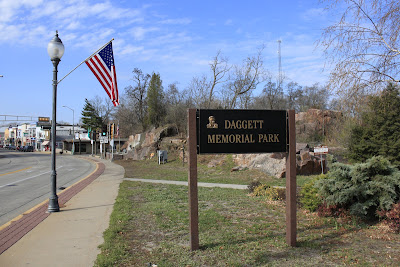 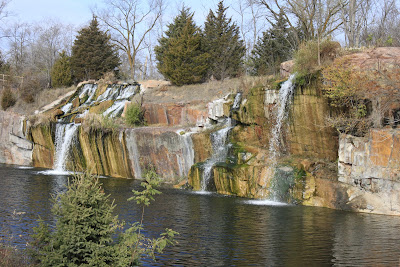 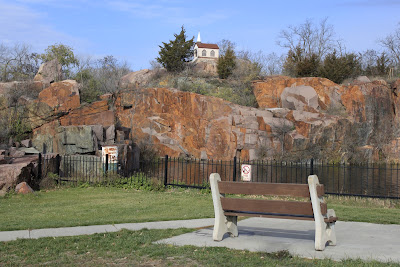 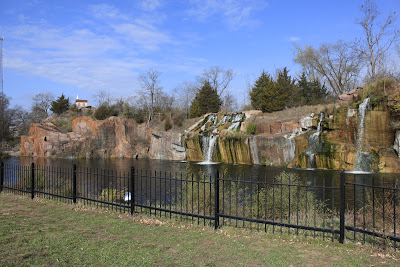 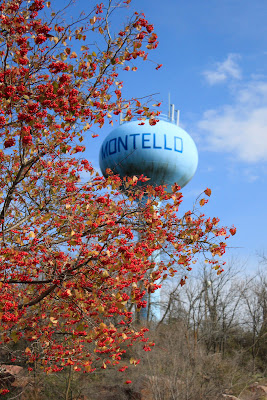 The marker is located in Montello, Wisconsin.

nice blog and impressive Granite markers. keep it up