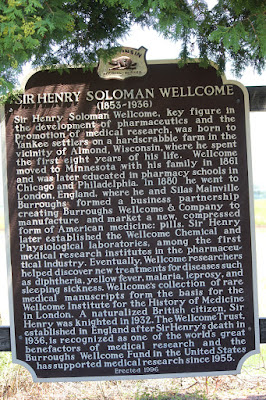 Sir Henry Soloman Wellcome, key figure in the development of pharmaceutics and the promotion of medical research, was born to Yankee settlers on a hardscrabble farm in the vicinity of Almond, Wisconsin, where he spent the first eight years of his life. Wellcome moved to Minnesota with his family in 1861 and was later educated in pharmacy schools in Chicago and Philadelphia. In 1880 he went to London, England, where he and Silas Mainville Burroughs formed a business partnership creating Burroughs Wellcome & Company to manufacture and market a new, compressed form of American medicine: pills. Sir Henry later established the Wellcome Chemical and Physiological laboratories, among the first medical research institutes in the pharmaceutical industry. Eventually, Wellcome researchers helped discover new treatments for diseases such as diphtheria, yellow fever, malaria, leprosy, and sleeping sickness. Wellcome’s collection of rare medical manuscripts form the basis for the Wellcome Institute for the History of Medicine in London. A naturalized British citizen, Sir Henry was knighted in 1932. The Wellcome Trust, established in England after Sir Henry’s death in 1936, is recognized as one of the world’s great benefactors of medical research and the Burroughs Wellcome Fund in the United States has supported medical research since 1955.

The marker is located at a highway turnout on northbound County Highway J, just south of its intersection with Akron Avenue, Almond, Wisconsin 54909. 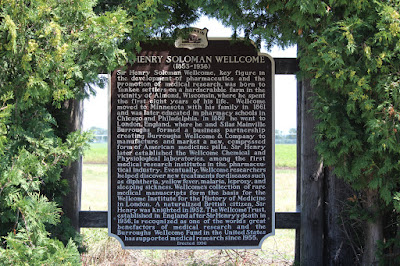 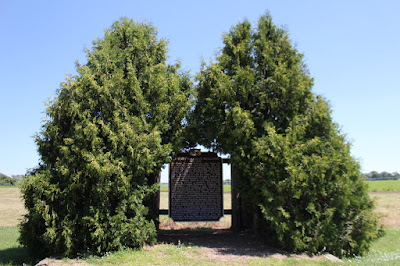 The marker is completely hidden by the arborvitaes. 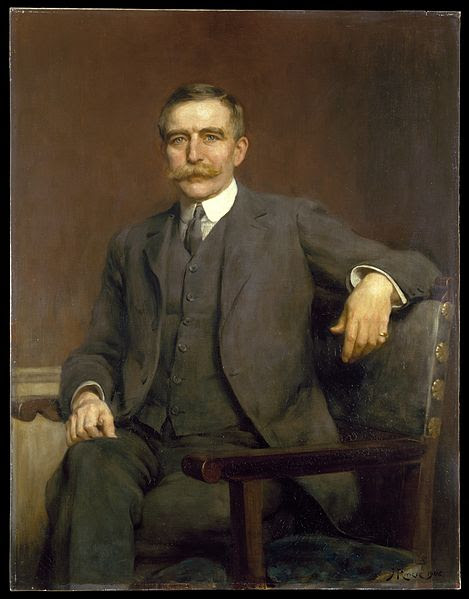 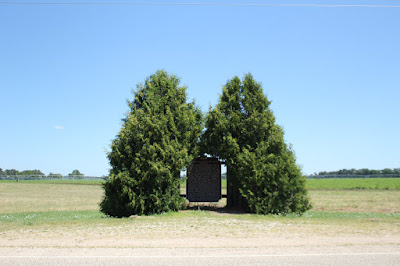 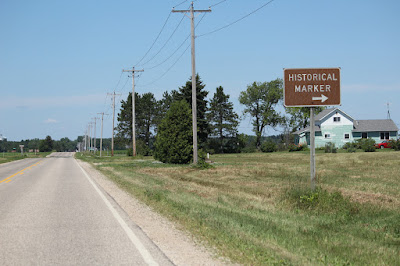 The marker is hidden in the arborvitaes next to the telephone pole.