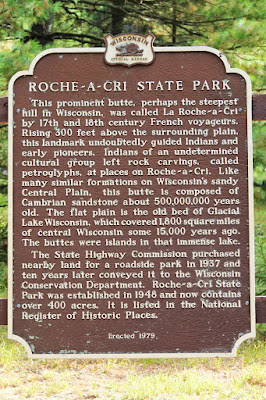 This prominent butte, perhaps the steepest hill in Wisconsin, was called La Roche-a-Cri by 17th and 18th century French voyageurs. Rising 300 feet above the surrounding plain, this landmark undoubtedly guided Indians and early pioneers. Indians of an undetermined cultural group left rock carvings, called petroglyphs, at places on Roche-a-Cri. Like many similar formations on Wisconsin's sandy Central Plain, this butte is composed of Cambrian sandstone about 500,000,000 years old. The flat plain is the old bed of Glacial Lake Wisconsin, which covered 1,800 square miles of central Wisconsin some 15,000 years ago. The buttes were islands in that immense lake.

The State Highway Commission purchased nearby land for a road-side park in 1937 and ten years later conveyed it to the Wisconsin Conservation Department. Roche-a-Cri State Park was established in 1948 and now contains over 400 acres. It is listed in the National Register of Historic Places.

The marker is located inside Roche-A-Cri Mound State Park and can be accessed by following the park road from southbound Wisconsin Highway 13, about a half-mile south of its intersection with Cypress Avenue, at or near 1767 State Highway 13, Friendship, Wisconsin 53934.

A very nice video of Roche-A-Cri State Park on YouTube,
by John Wanserski

So much to see here, and I only had time to photograph the marker and leave. Do hope to return for a few days of camping! 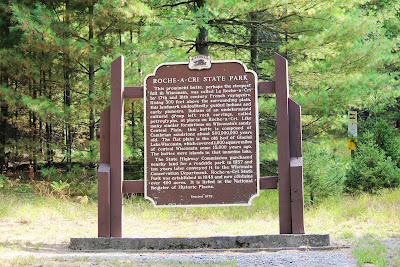 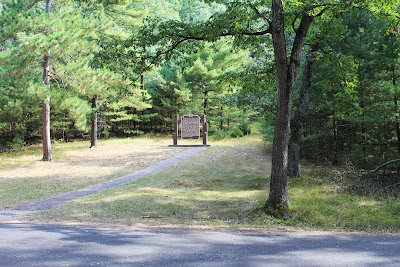 The marker is set off a bit from the park road. 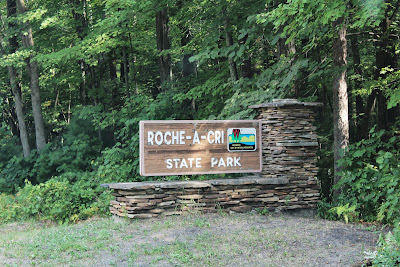 The marker is located at Roche-A-Cri State Park. 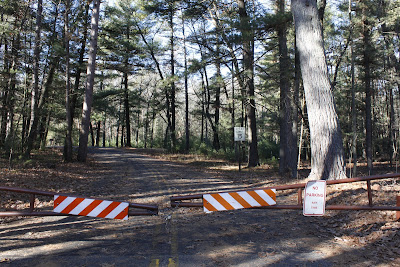 Was unable to access marker because of park closure for the winter. At this gate, the GPS indicated the marker was .5 miles ahead. I did walk in a ways, but it was very creepy being alone in the woods without Maxine, and I was worried about my car parked where "no parking any time" signs were clearly posted. 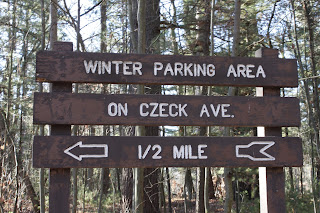 I followed the sign to the "winter parking area". This put me 1.5 miles from the marker (according to my GPS). That's Roche-A-Cri mound in the distance. 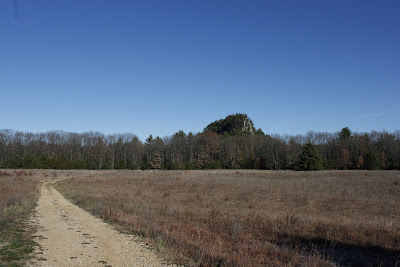 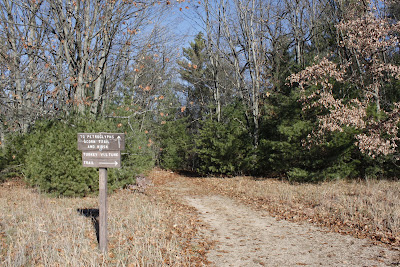 Determined to not give up too easily, I hiked to the entrance of the trail. It was not well marked, I was alone, it's hunting season, etc., so I decided to leave. I came, I tried, but photographing this marker was not in the cards at this time. Maybe in the summer of 2013 . . . 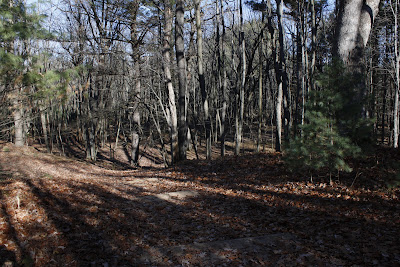 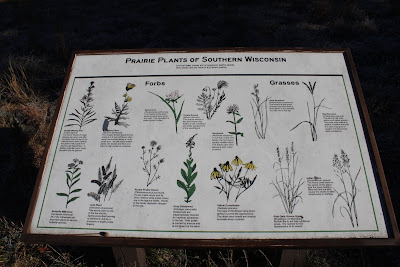 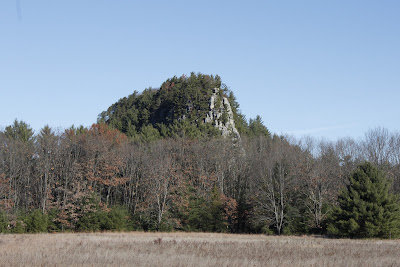 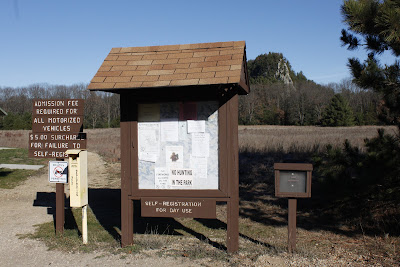 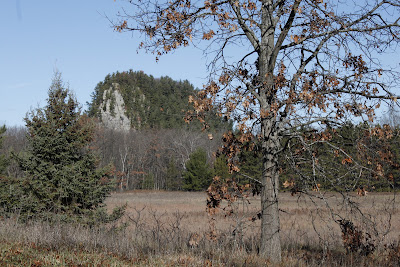 The view from the winter parking lot.