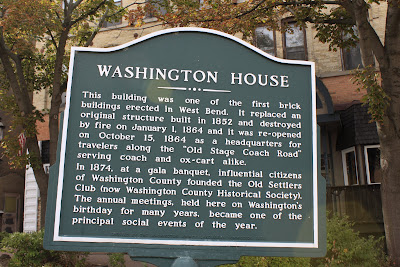 This building was one of the first brick buildings erected in West Bend. It replaced an original structure built in 1852 and destroyed by fire on January 1, 1864 and it was re-opened on October 15, 1864 as a headquarters for travelers along the “Old Stage Coach Road” serving coach and ox-cart alike. In 1874, at a gala banquet, influential citizens of Washington County founded the Old Settlers Club (now Washington County Historical Society). The annual meetings, held here on Washington’s birthday for many years, became one of the principal social events of the year.

The marker is located at Old Settlers Triangle on southbound North Main Street at the point of a triangle intersection with North 6th Avenue, West Bend, Wisconsin 53095.


NOTE: Accessing this marker is crazy dangerous -- everyone's in a hurry and not too polite about it, either! felt like I was back in New York -- very busy parking area with limited parking.

The marker is one in a series of markers placed by the Washington County Landmarks Commission. 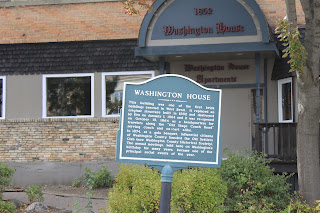 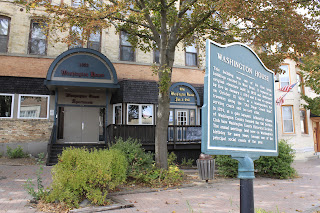 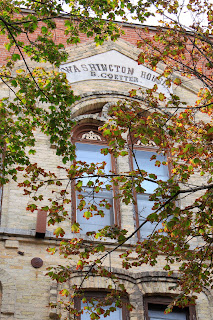 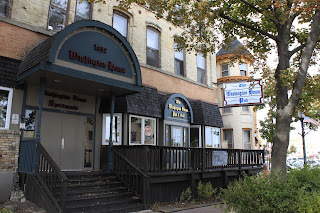 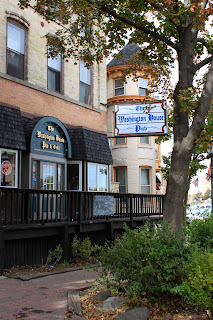