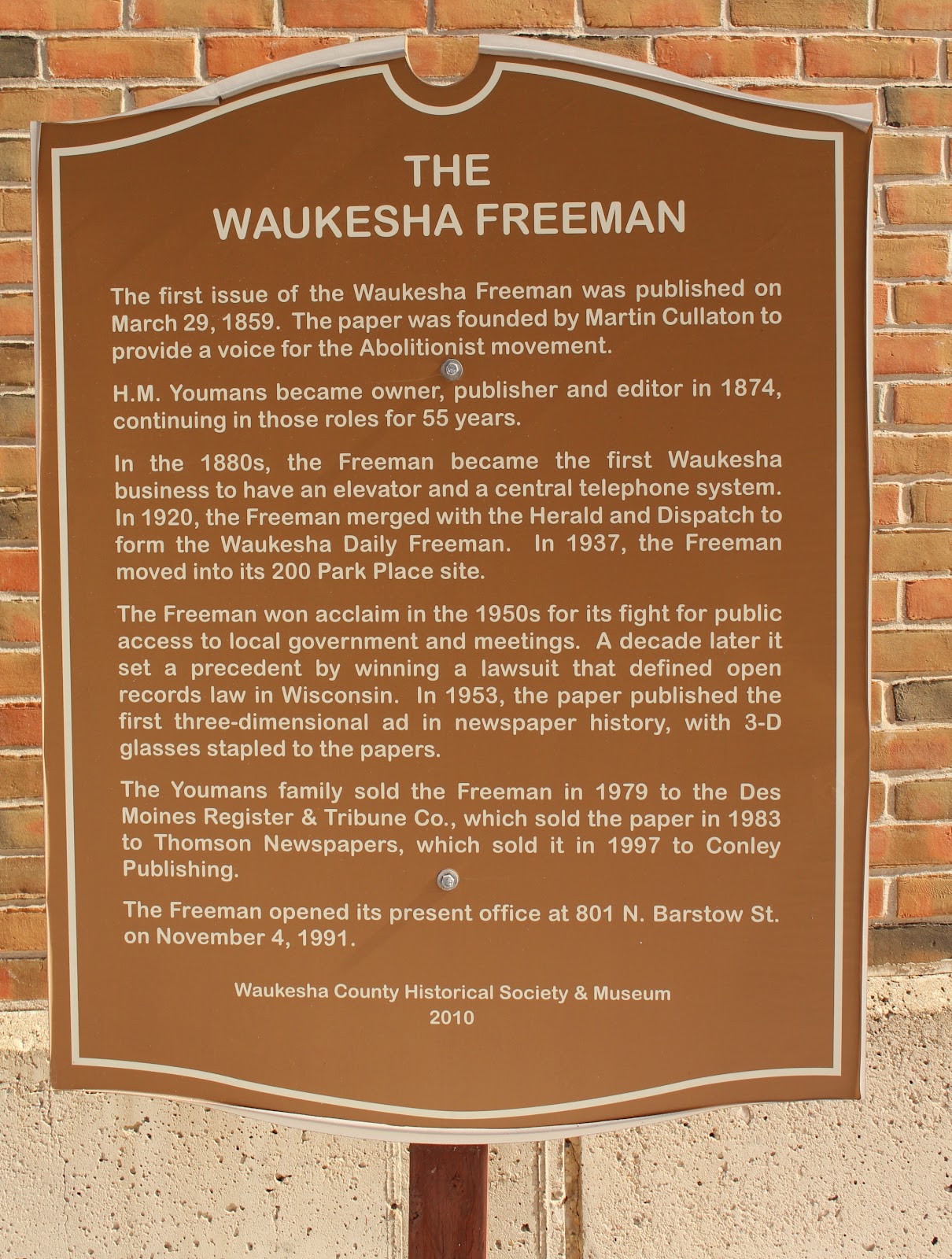 The first issue of the Waukesha Freeman was published on March 29, 1859. The paper was founded by Martin Cullaton to provide a voice for the Abolitionist movement.

H.M. Youmans became owner, publisher and editor in 1874, continuing in those roles for 55 years.

In the 1880s, the Freeman became the first Waukesha business to have an elevator and a central telephone system. In 1920, the Freeman merged with the Herald and Dispatch to form the Waukesha Daily Freeman. In 1937, the Freeman moved into its 200 Park Place site.

The Freeman won acclaim in the 1950s for its fight for public access to local government and meetings. A decade later it set a precedent by winning a lawsuit that defined open records law in Wisconsin. In 1953, the paper published the first three-dimensional ad in newspaper history, with 3D glasses stapled to the papers.

The Youmans family sold the Freeman in 1979 to the Des Moines Register & Tribune Co., which sold the paper in 1983 to Thomson Newspapers, which sold it in 1997 to Conley Publishing.

This marker is No. 34-03 in a series of historical markers erected by the Waukesha County Historical Society. 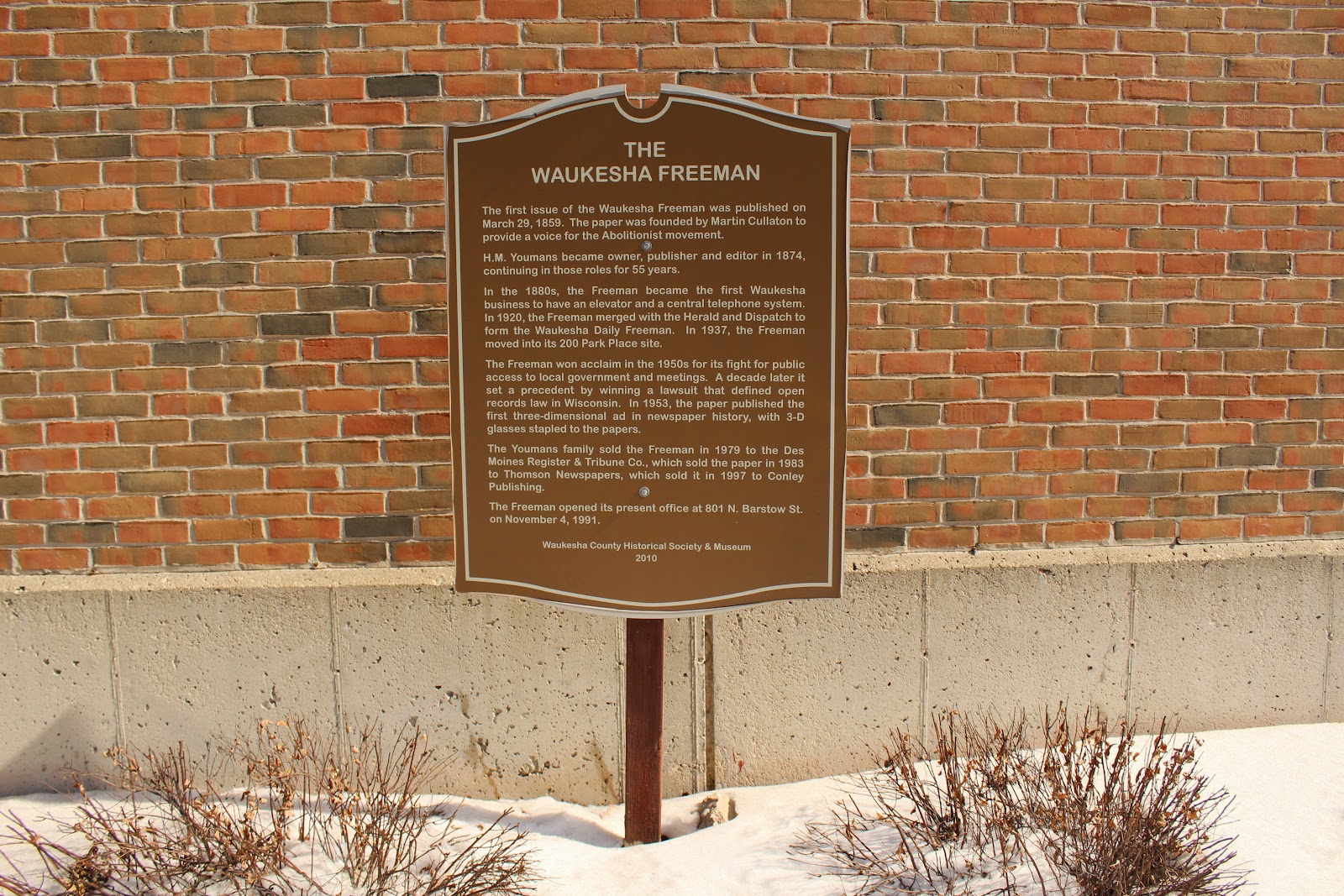 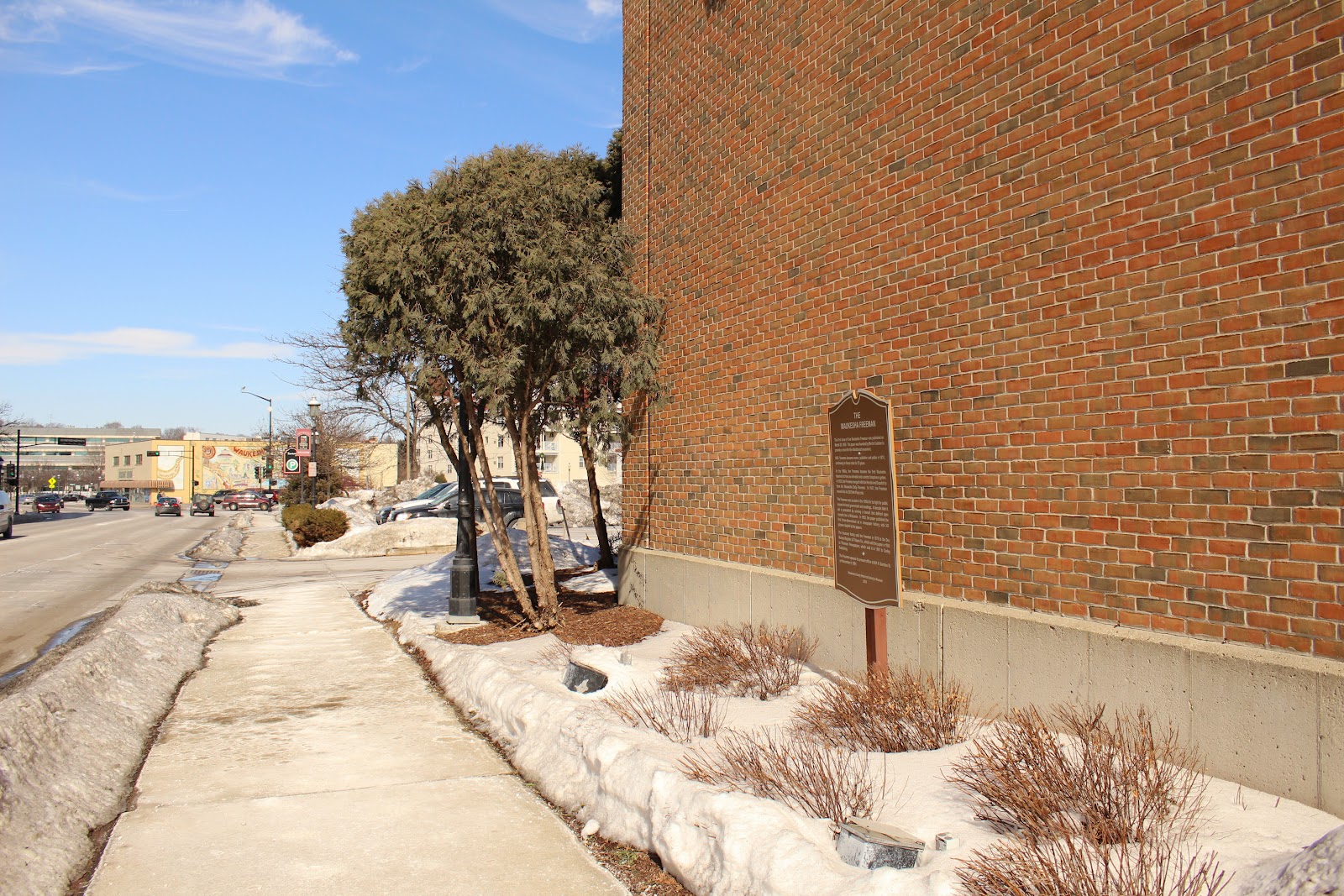 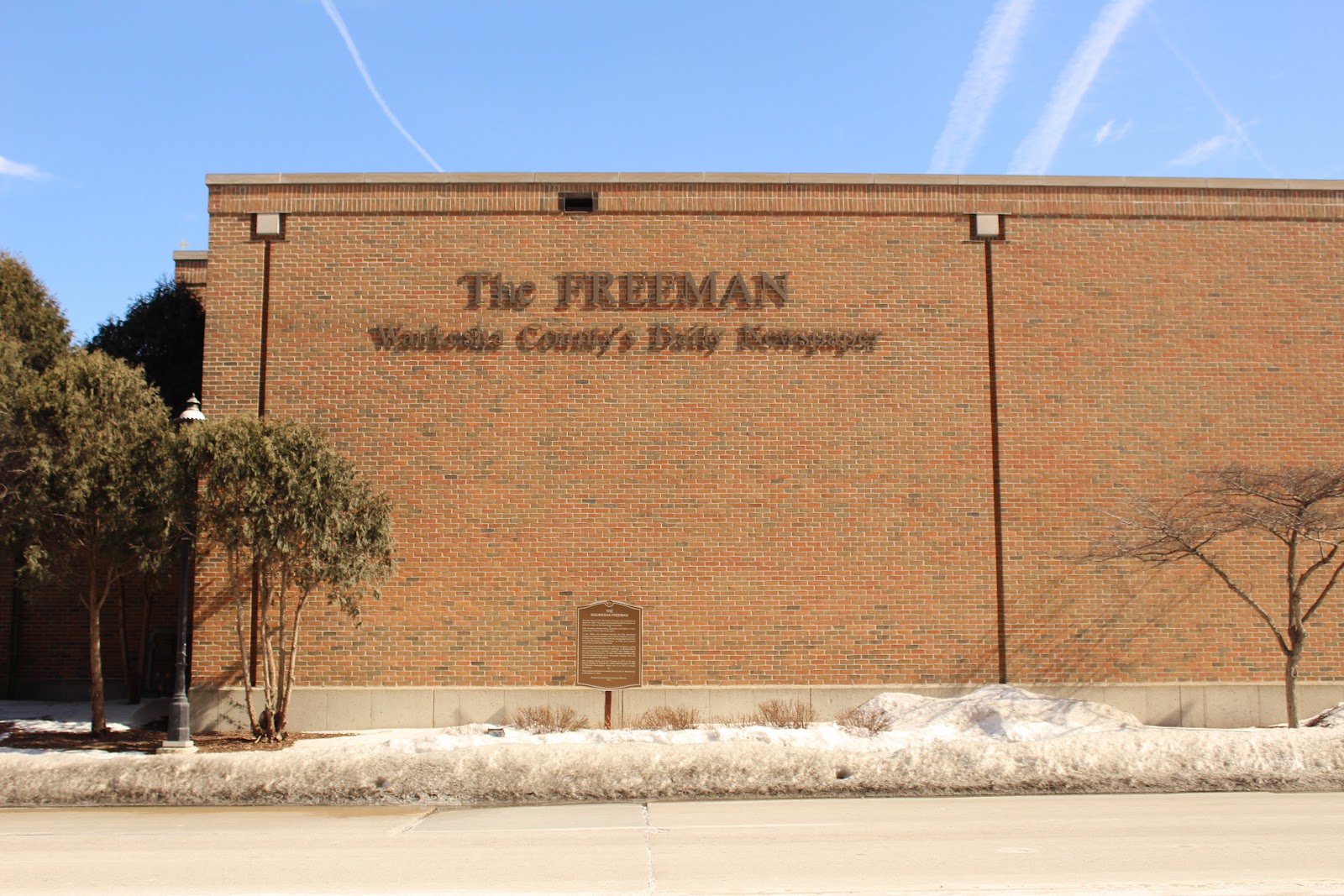 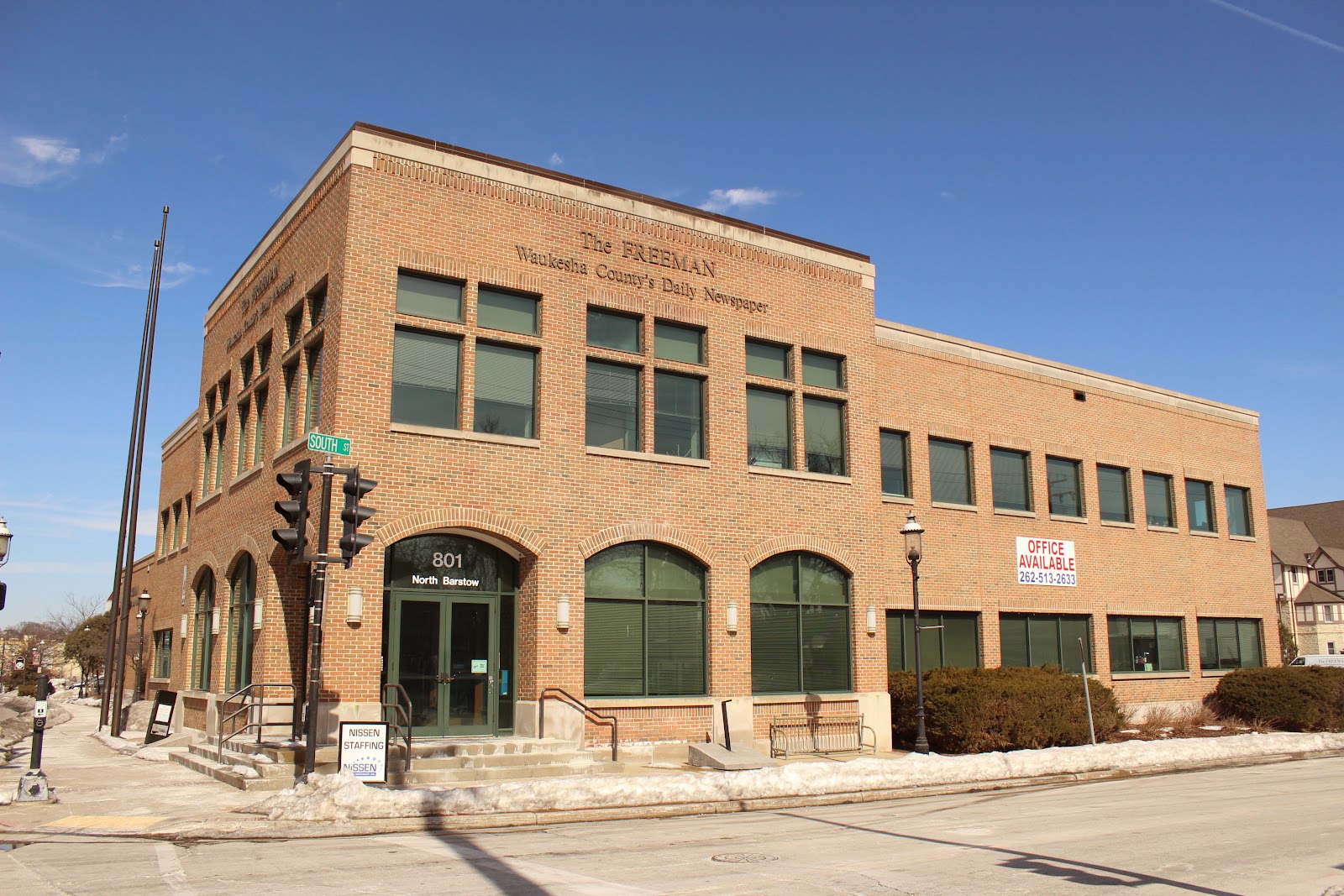 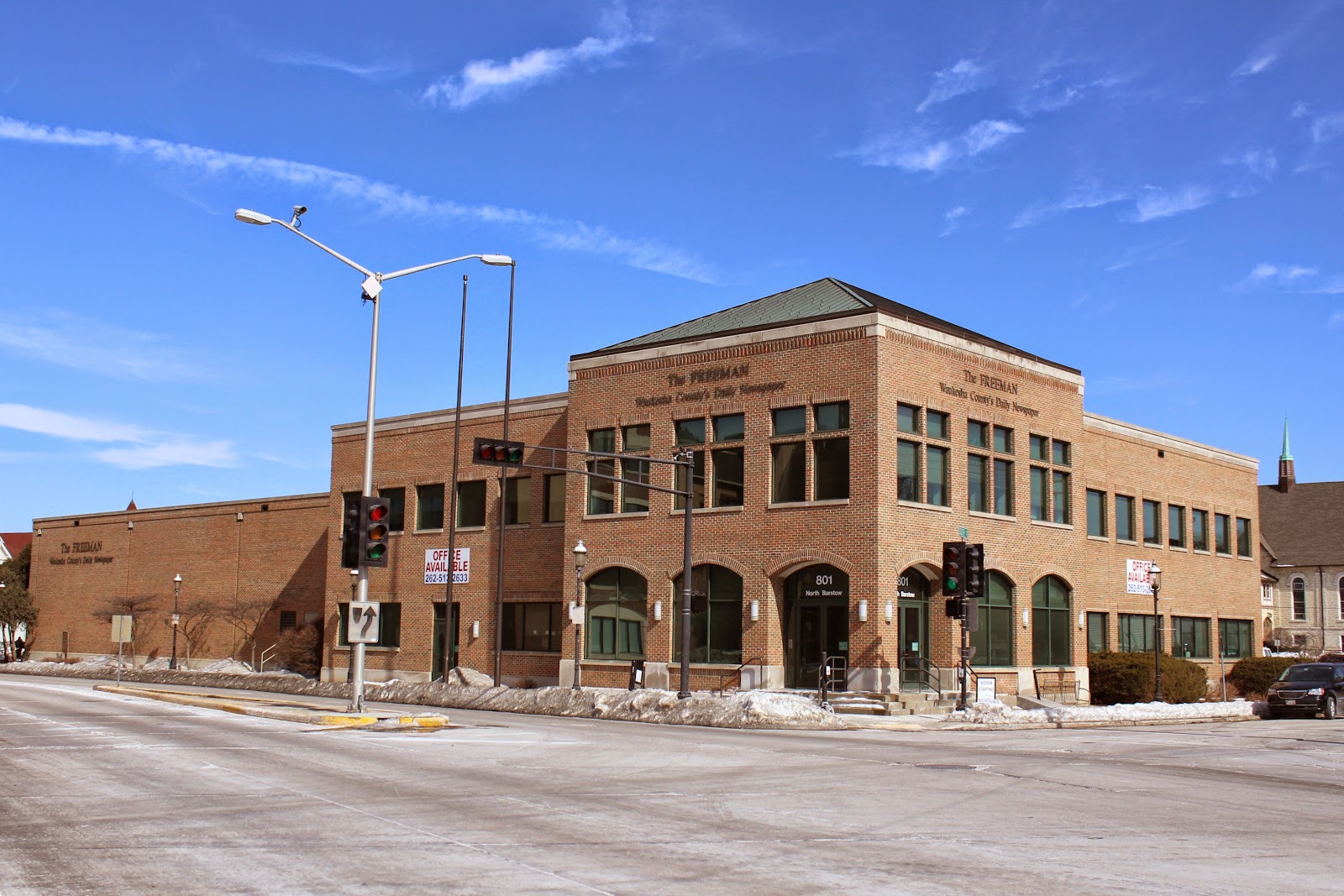 At the intersection of North Barstow Street and South Street / West Broadway Street.