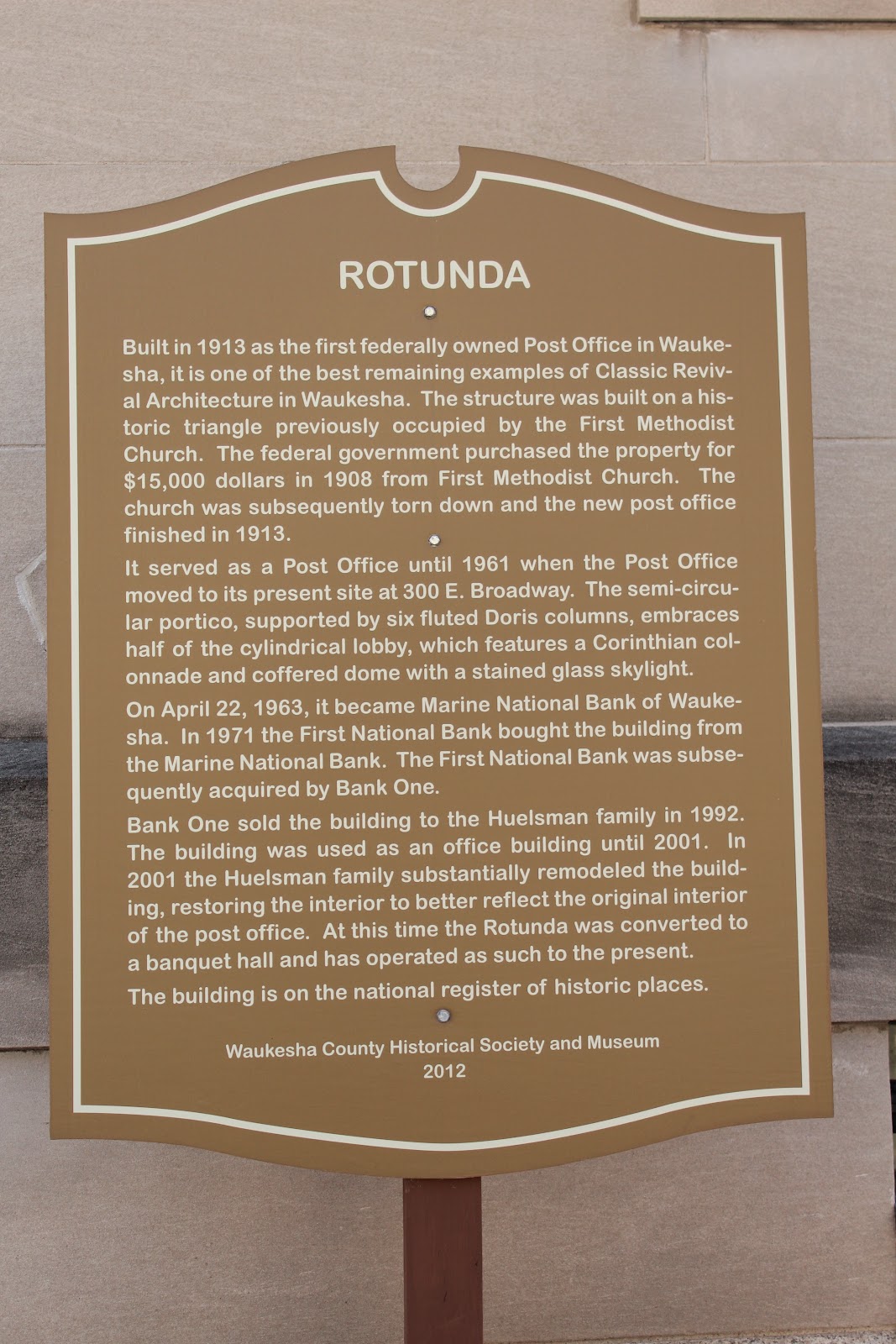 Built in 1913 as the first federally owned Post Office in Waukesha, it is one of the best remaining examples of Classic Revival Architecture in Waukesha. The structure was built on a historic triangle previously occupied by the First Methodist Church. The federal government purchased the property for $15,000 dollars in 1908 from First Methodist Church. The church was subsequently torn down and the new post office finished in 1913.

It served as a Post Office until 1961 when the Post Office moved to its present site at 300 E. Broadway. The semi-circular portico, supported by six fluted Doris columns, embraces half of the cylindrical lobby, which features a Corinthian colonnade and coffered dome with a stained glass skylight.

The building is on on the national register of historic places.

The marker is located on eastbound West Broadway Street, at the southwest corner of its intersection with Gasper Street, at 235 W Broadway, Waukesha, Wisconsin 53186.

The building is listed on the National Register of Historic Places: Wisconsin: Waukesha County.

This marker is No. 34-20 in a series of historical markers erected by the Waukesha County Historical Society. 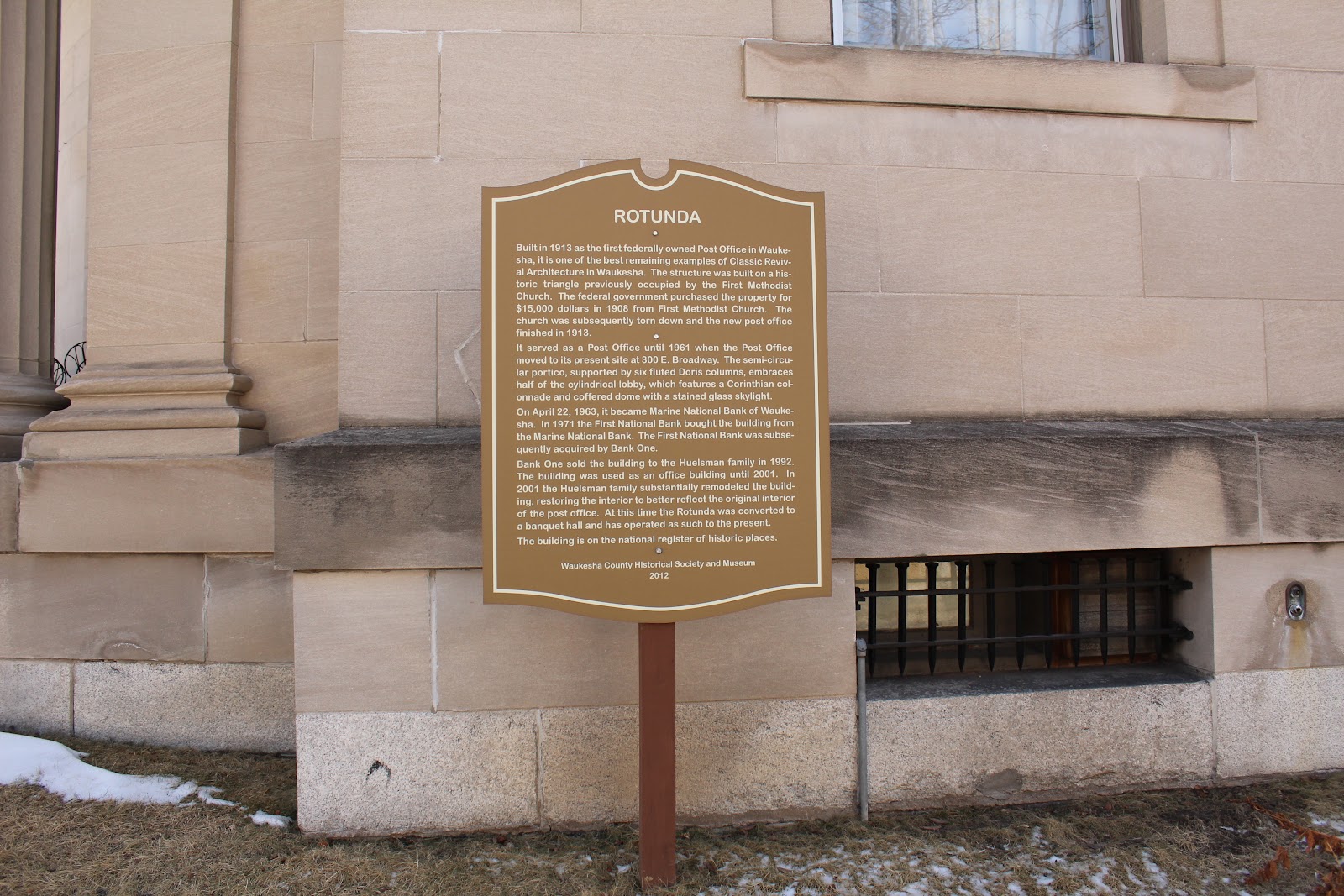 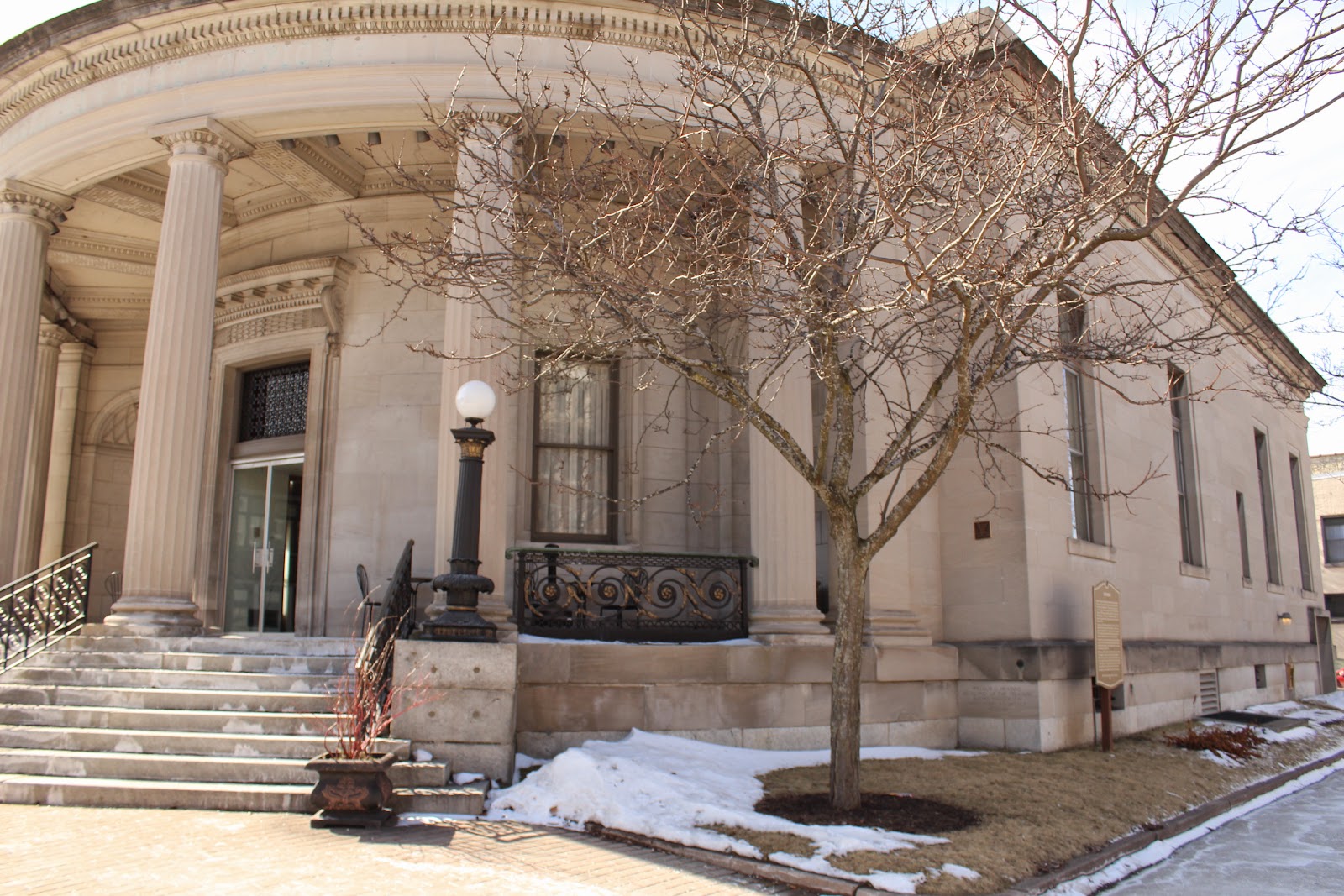 The marker is on the right side of the building. 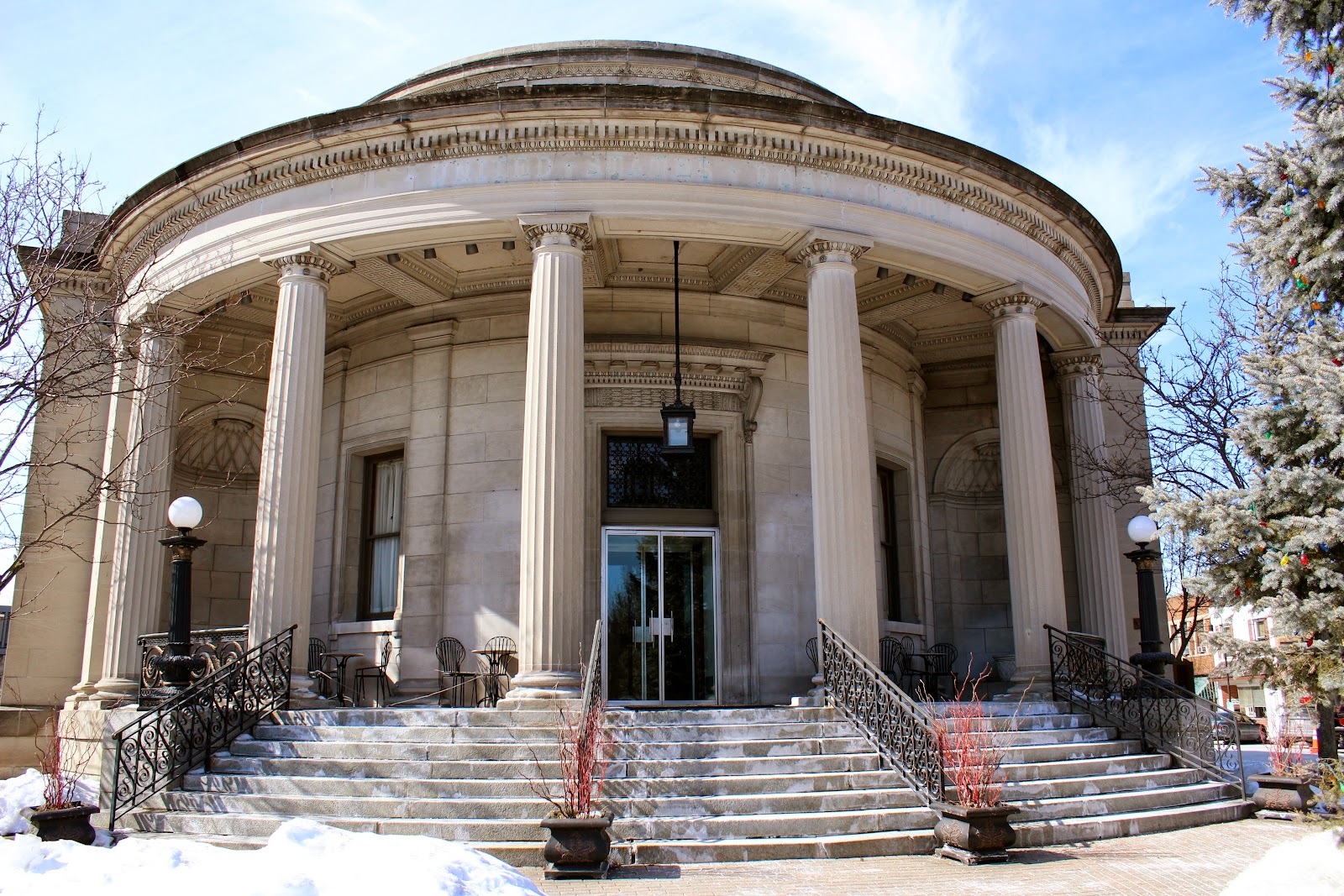 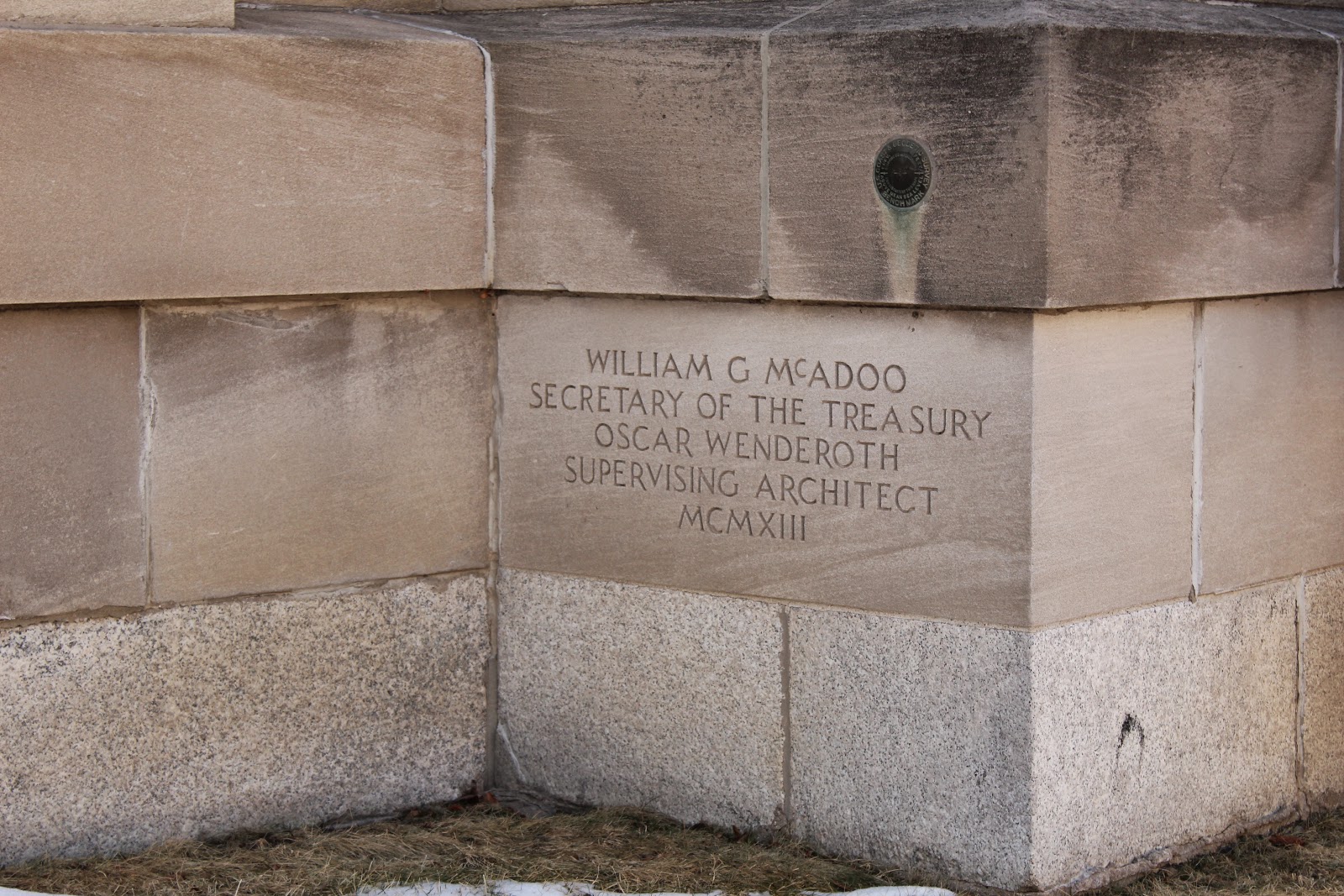 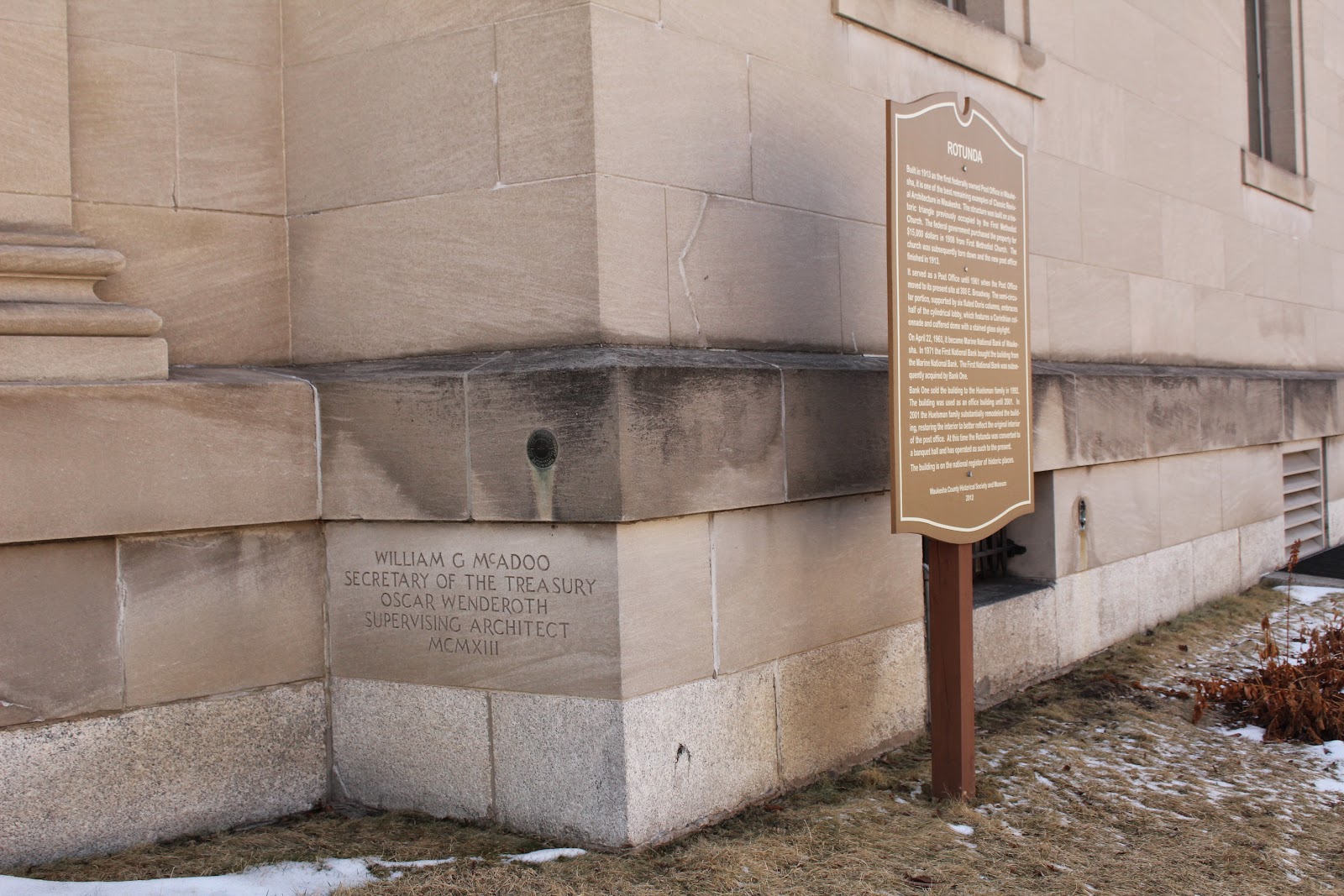 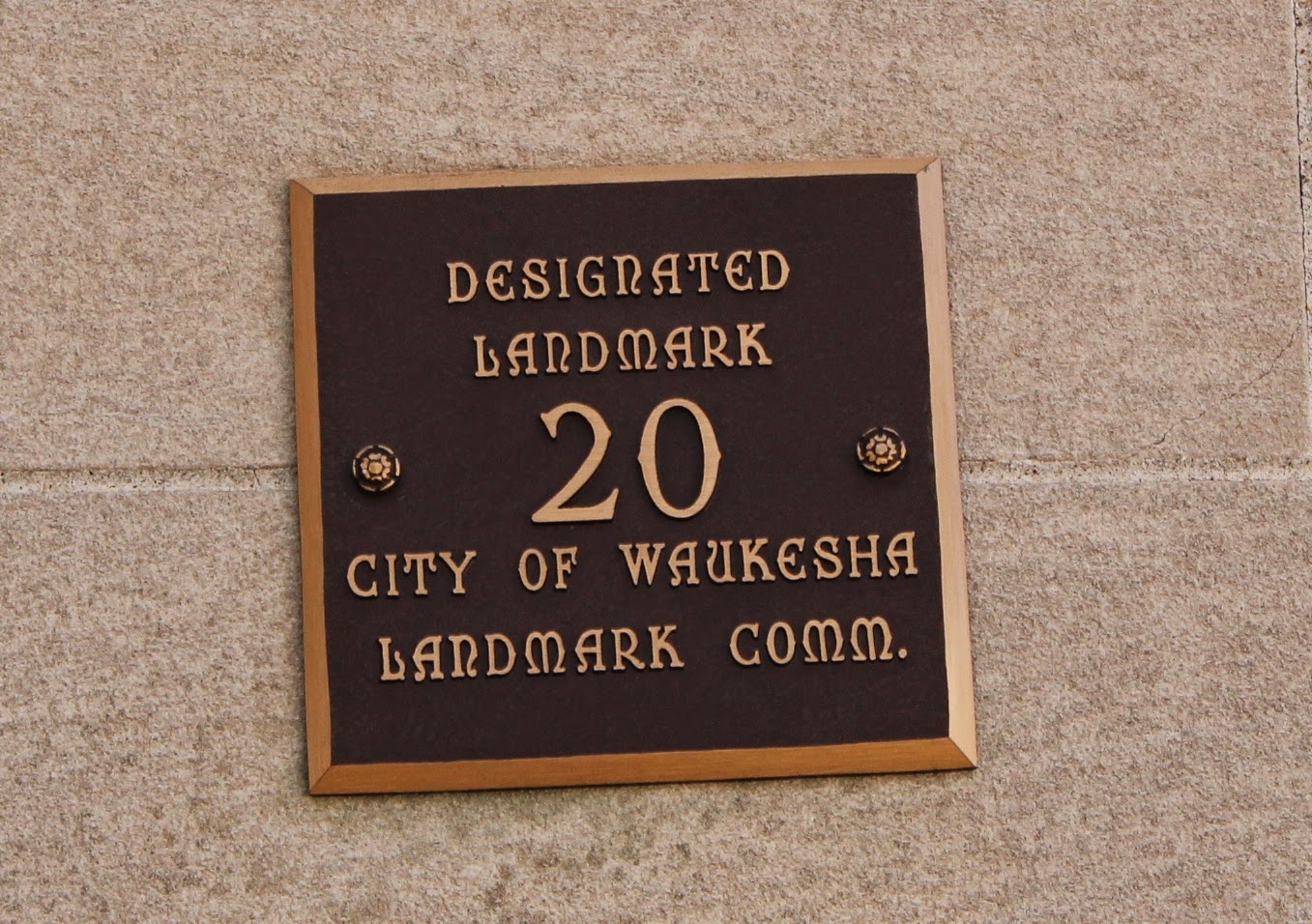 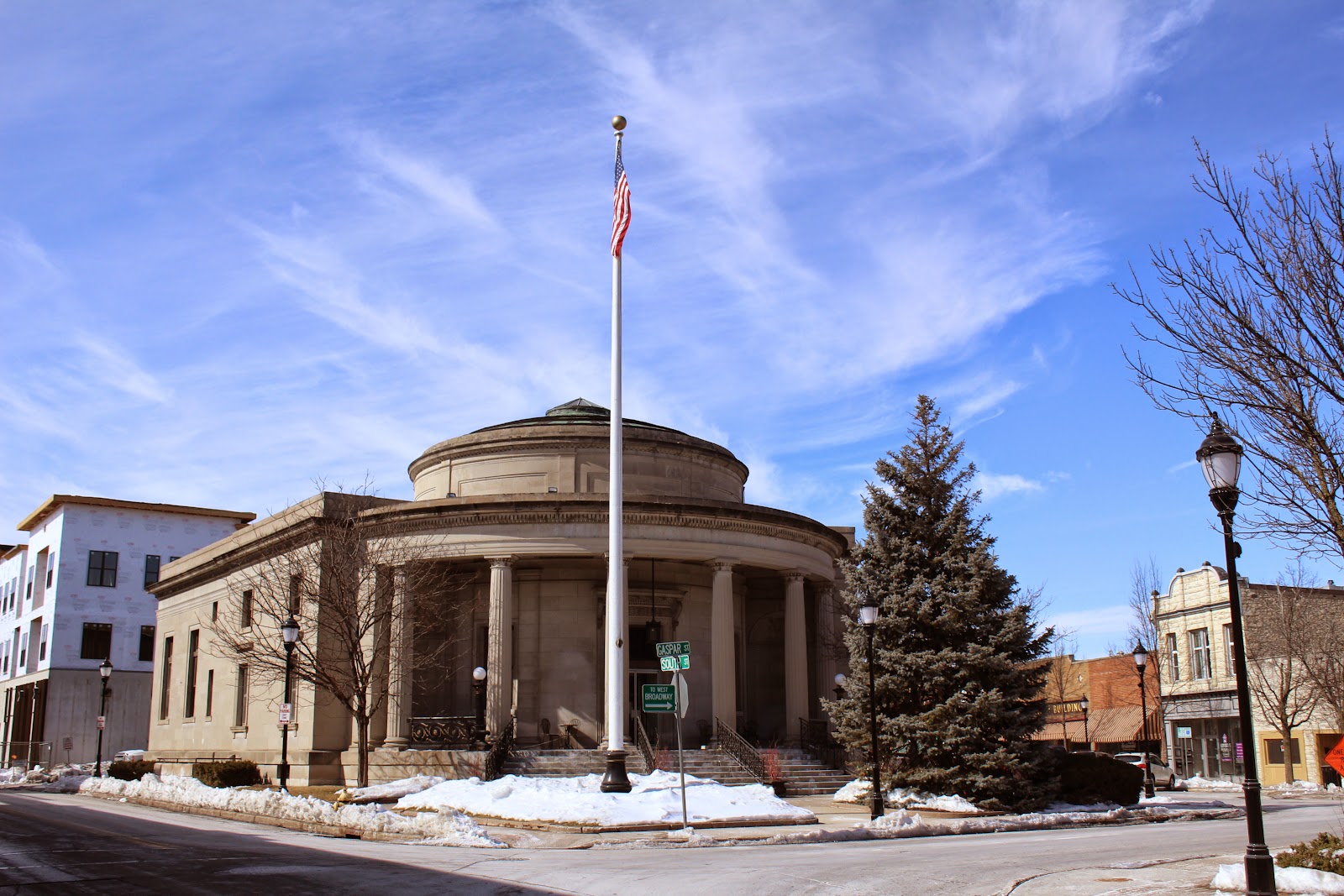 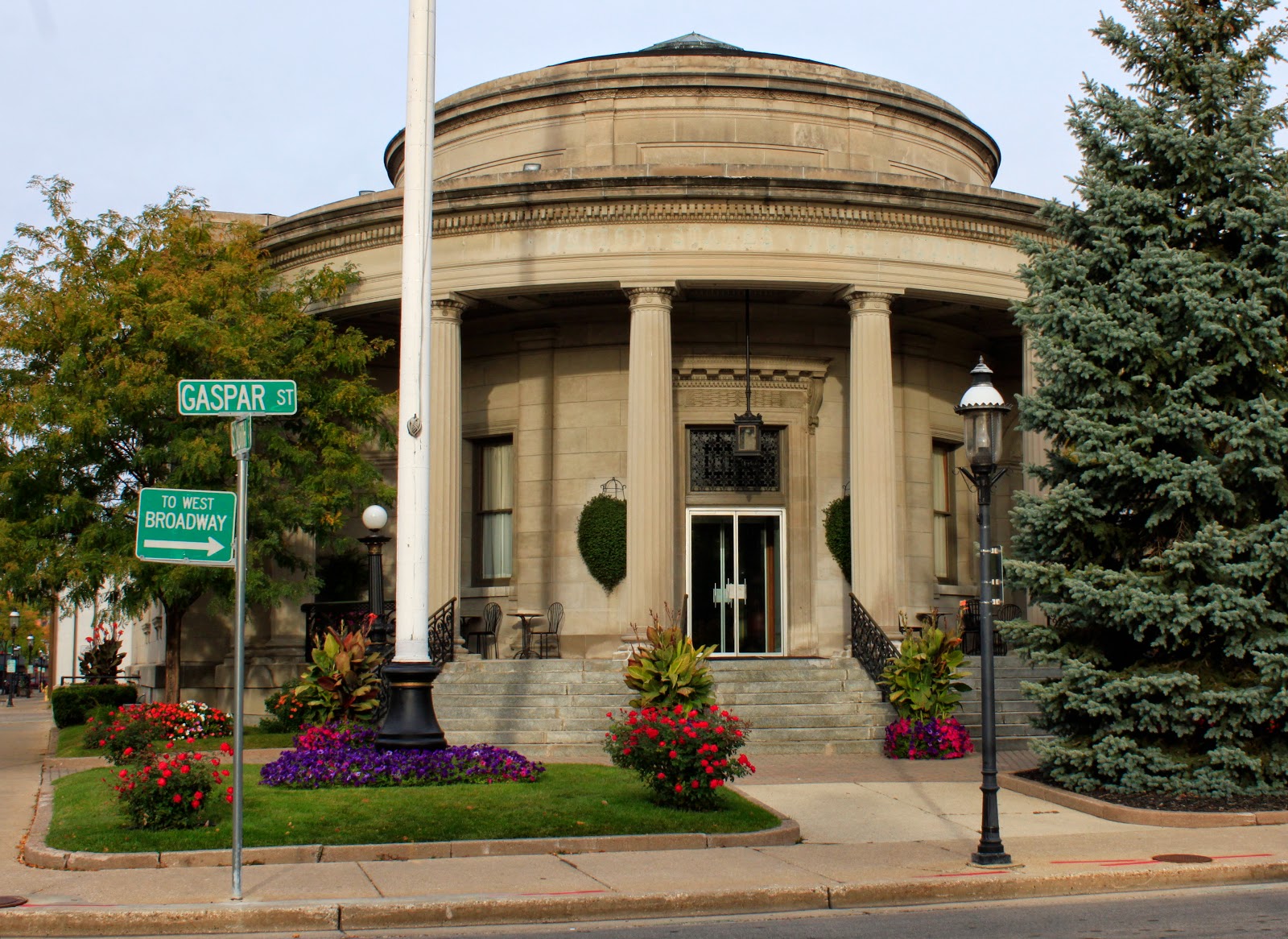