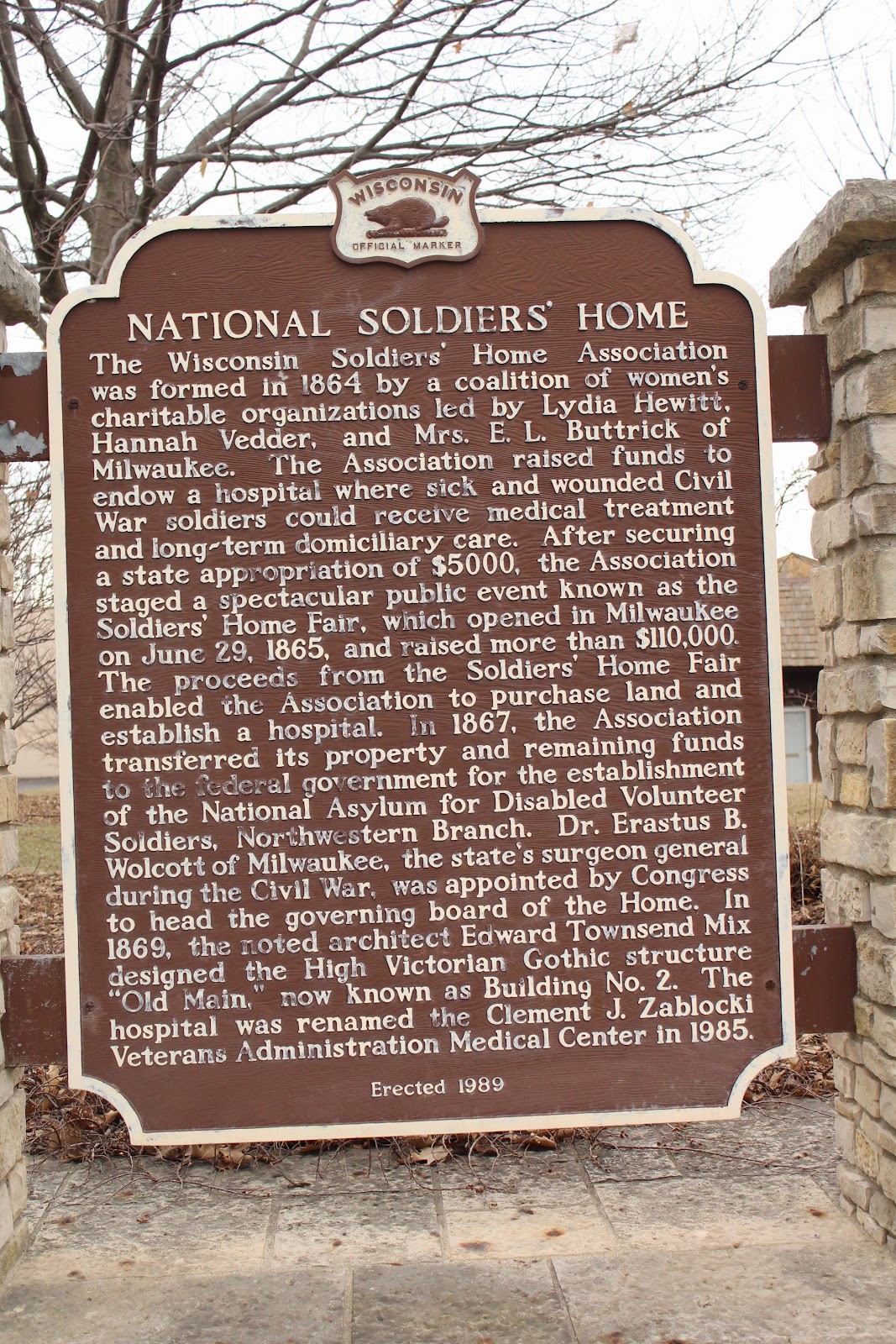 The Wisconsin Soldiers’ Home Association was formed in 1864 by a coalition of women’s charitable organizations led by Lydia Hewitt, Hannah Vedder, and Mrs. E. L. Buttrick of Milwaukee. The Association raised funds to endow a hospital where sick and wounded Civil War soldiers could receive medical treatment and long-term domiciliary care. After securing a state appropriation of $5000, the Association staged a spectacular public event known as the Soldiers’ Home Fair, which opened in Milwaukee on June 29, 1865, and raised more than $110,000. the proceeds from the Soldiers’ Home Fair enabled the Association to purchase land and establish a hospital. In 1867, the Association transferred its property and remaining funds to the federal government for the establishment of the National Asylum for Disabled Volunteer Soldiers, Northwestern Branch. Dr. Erastus B. Wolcottof Milwaukee, the state’s surgeon general during the Civil War, was appointed by Congress to head the governing board of the Home. In 1869, the noted architect Edward Townsend Mix designed the High Victorian Gothic structure “Old Main,” now known as Building No. 2. The hospital was renamed the Clement J. Zablocki Veterans Administration Medical Center in 1985. 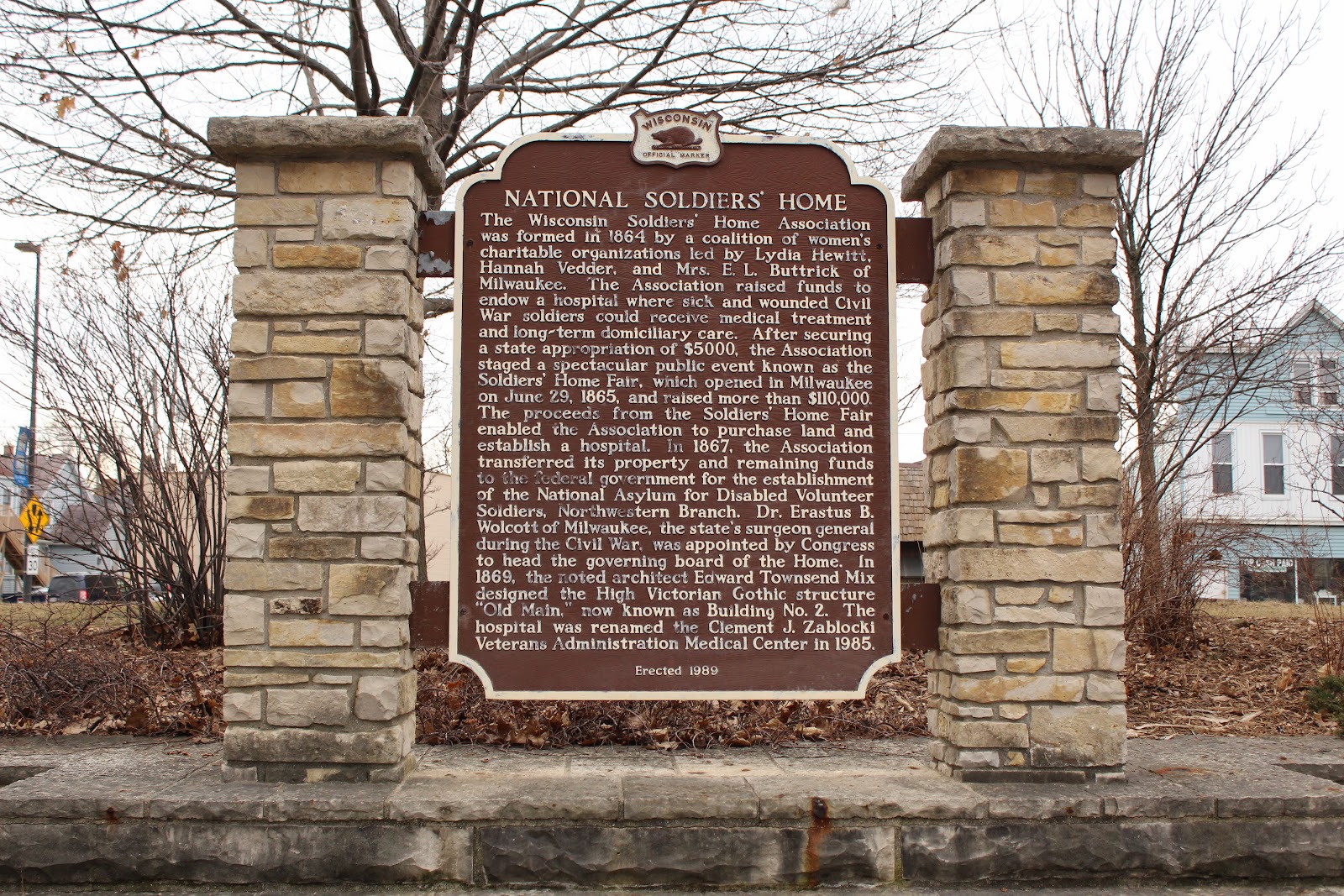 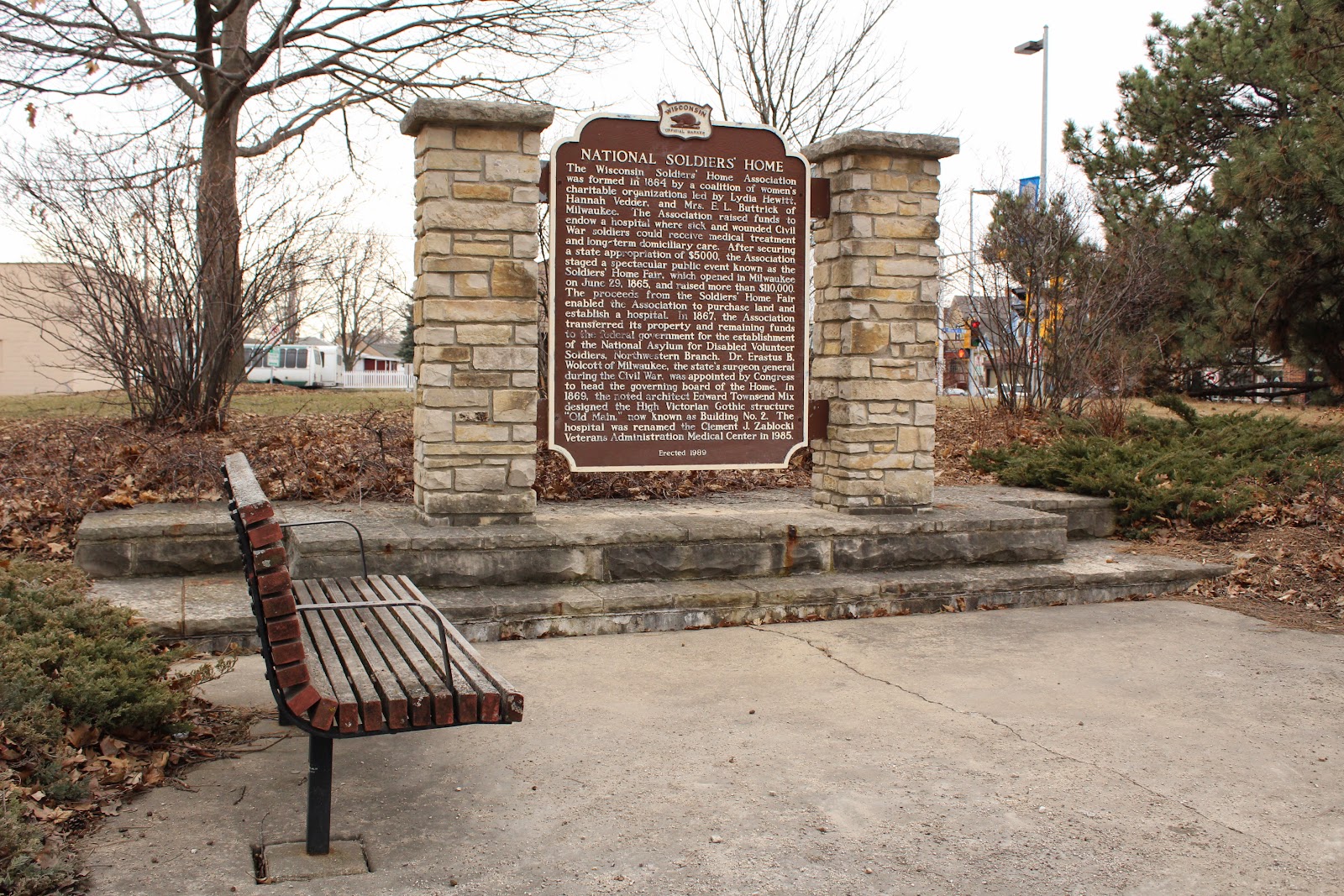 View of the Zablocki Veterans Administration Medical Center
from the marker location. 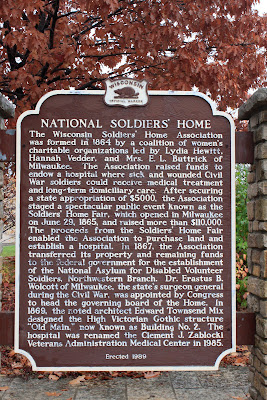