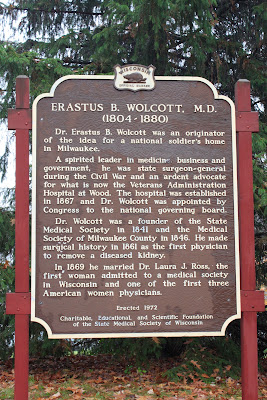 Dr. Erastus B. Wolcott was an originator of the idea for a national soldier’s home in Milwaukee.

A spirited leader in medicine, business and government, he was state surgeon-general during the Civil War and an ardent advocate for what is now the Veterans Administration Hospital at Wood. The hospital was established in 1867 and Dr. Wolcott was appointed by Congress to the national governing board.

Dr. Wolcott was a founder of the State Medical Society in 1841 and the Medical Society of Milwaukee County in 1846. He made surgical history in 1861 as the first physician to remove a diseased kidney.

In 1869 he married Dr. Laura J. Ross, the first woman admitted to a medical society in Wisconsin and one of the first three American women physicians.

Biography and photo of Erastus B. Wolcott 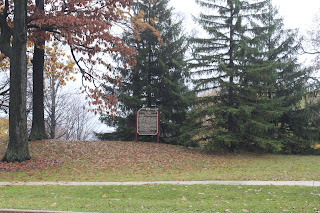