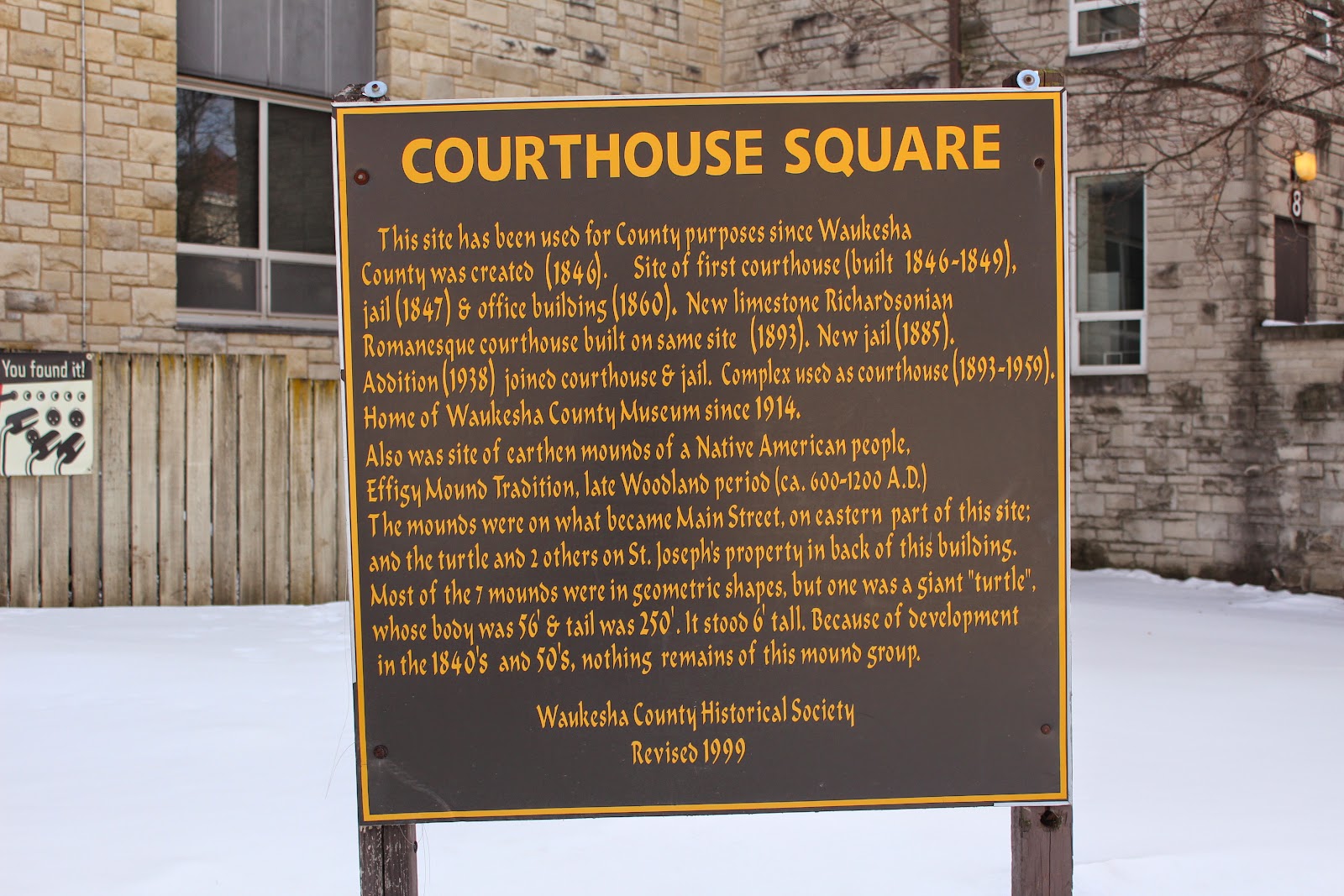 The mounds were on what became Main Street, on eastern part of this site; and the turtle and 2 others on St. Joseph’s property in back of this building. Most of the 7 mounds were in geometric shapes, but one was a giant “turtle”, whose body was 56’ & tail was 250’. It stood 6’ tall. Because of development in the 1840’s 50’s, nothing remains of this mound group.

This marker is No. 34-03 in a series of historical markers erected by the Waukesha County Historical Society. 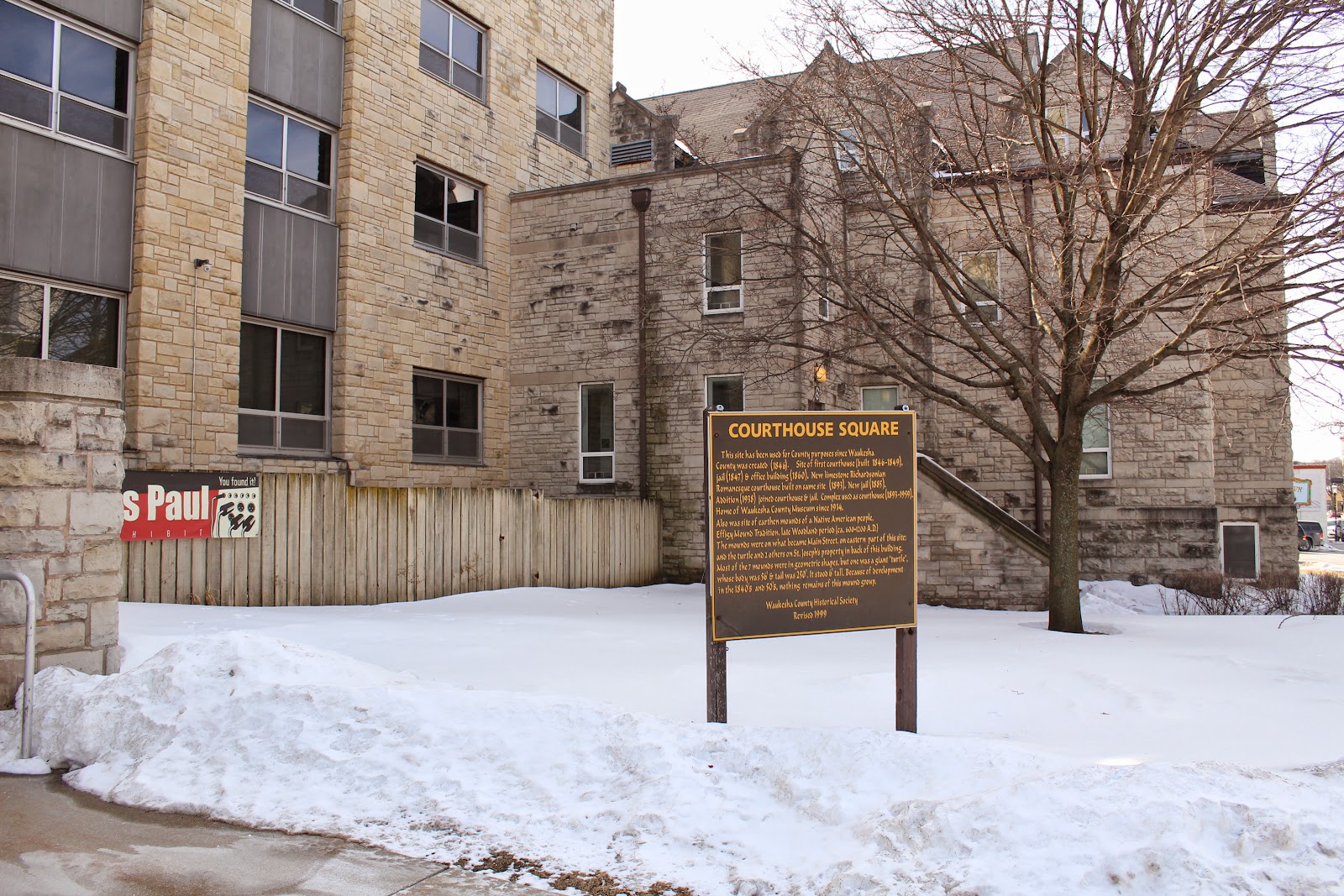 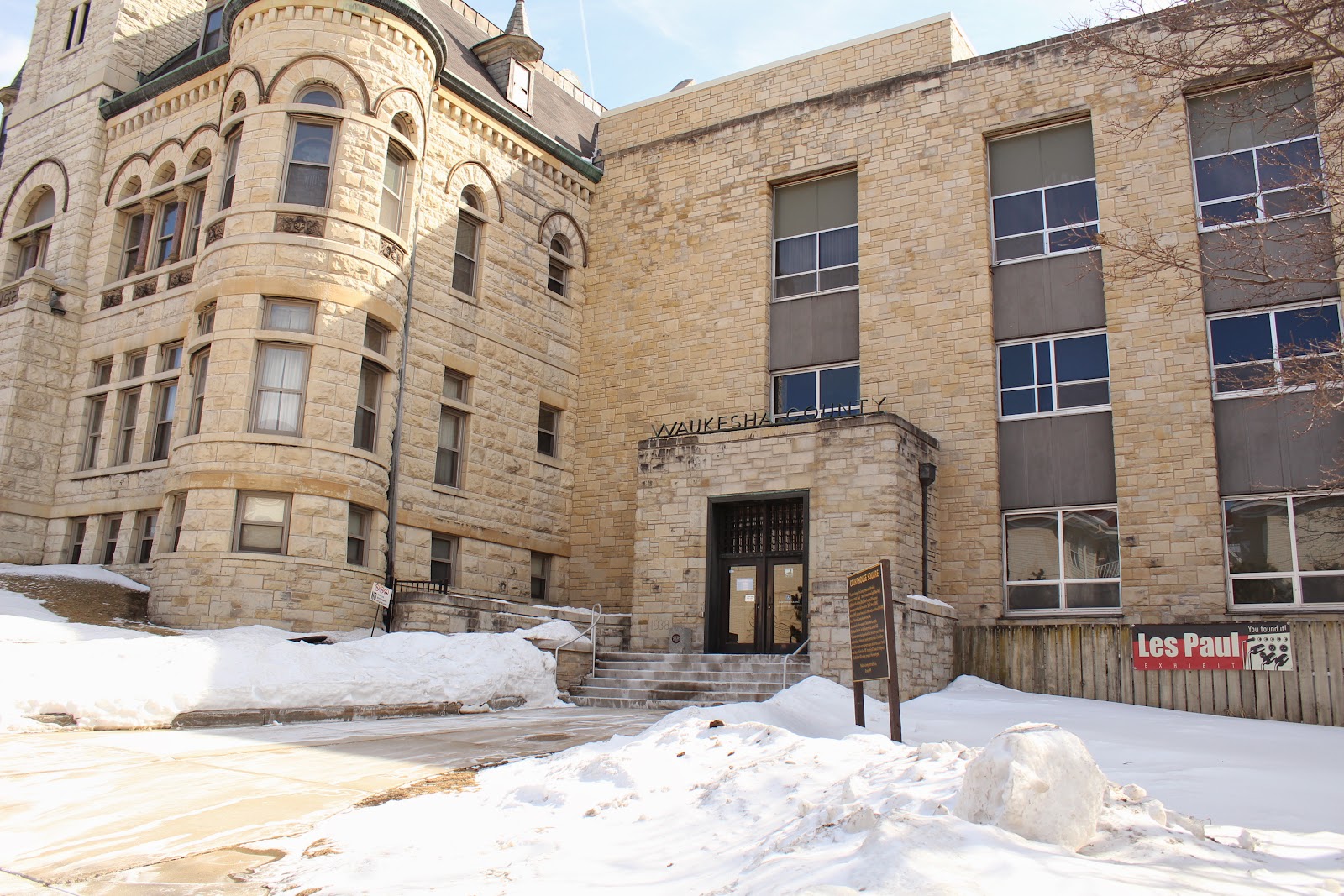 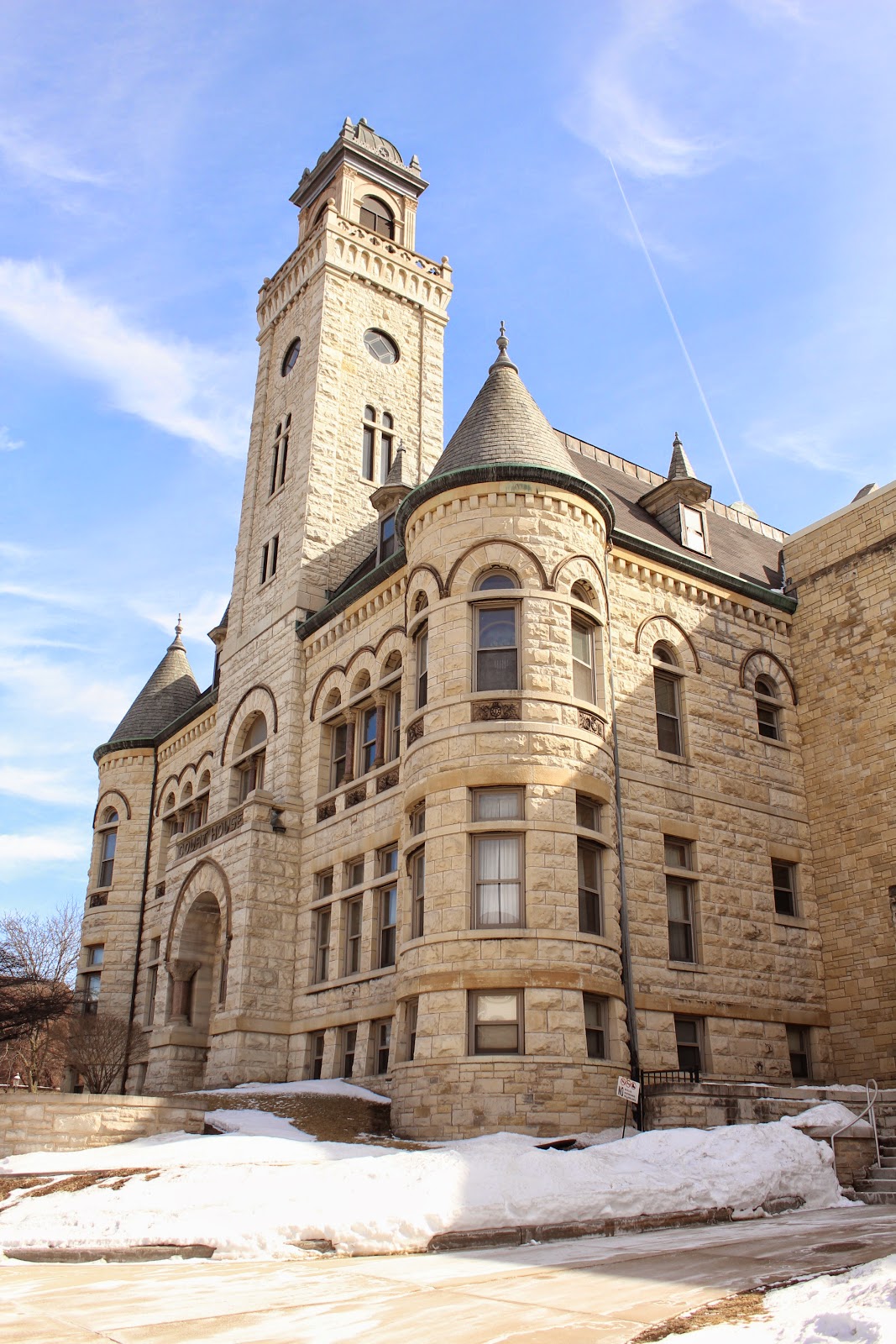 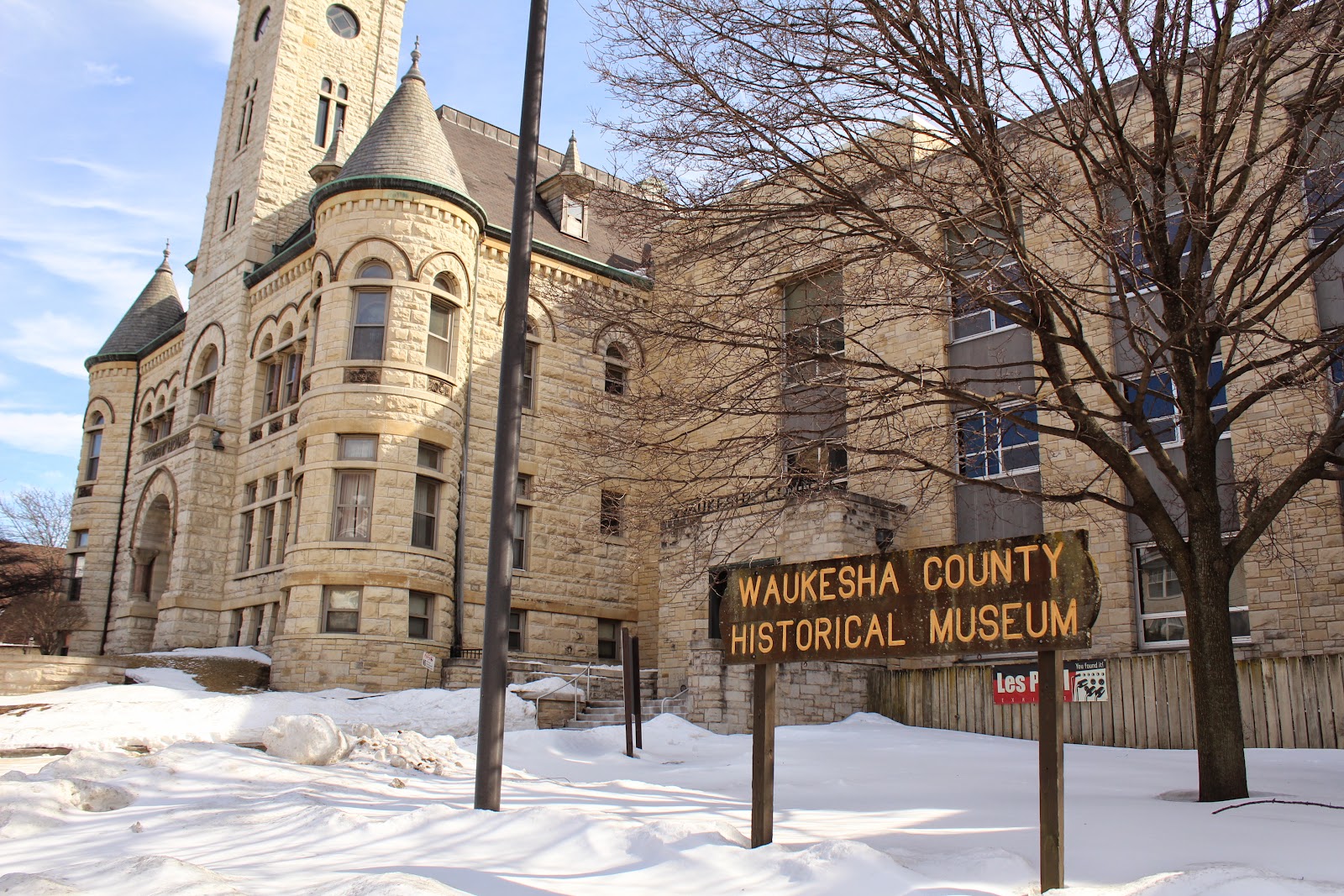 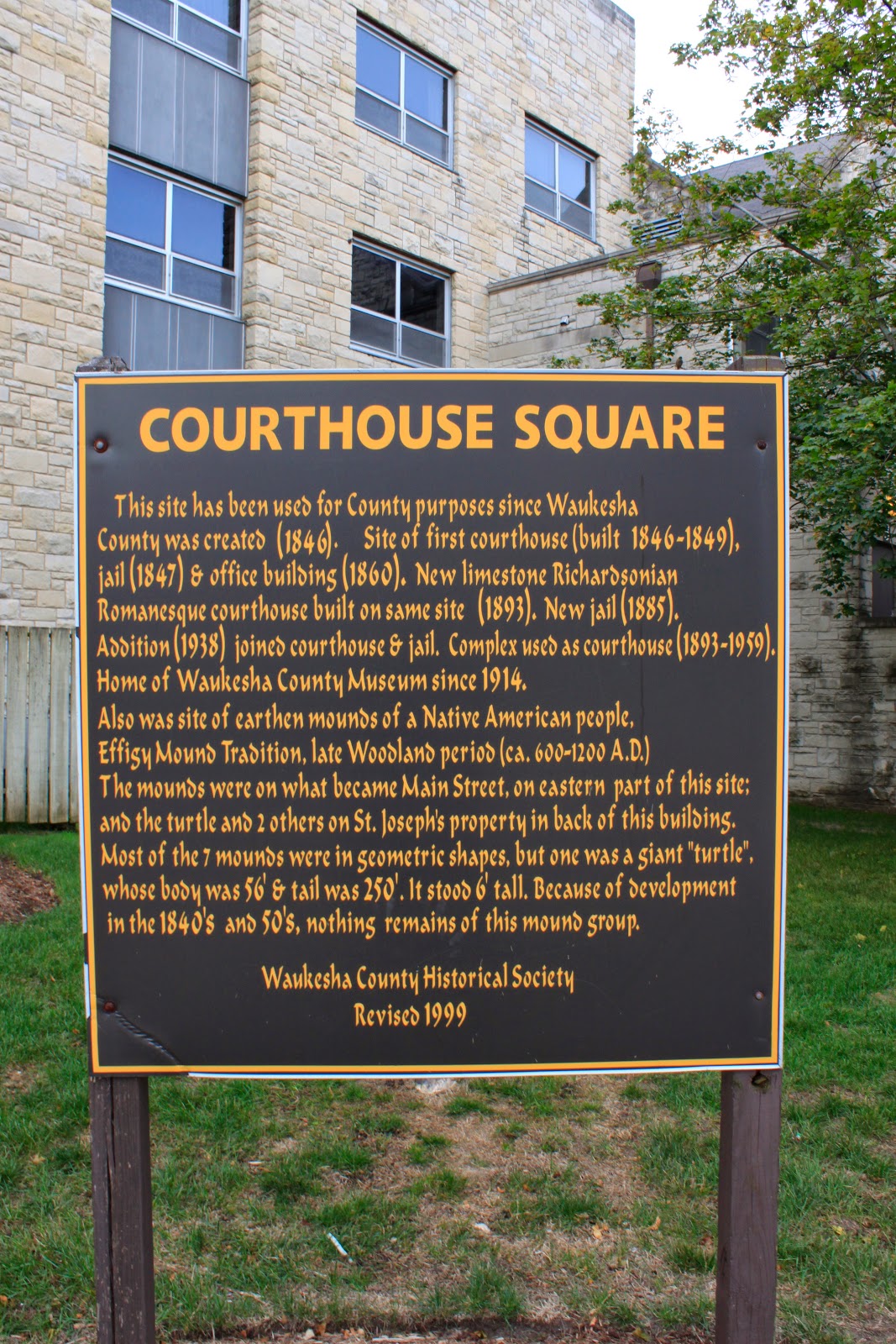 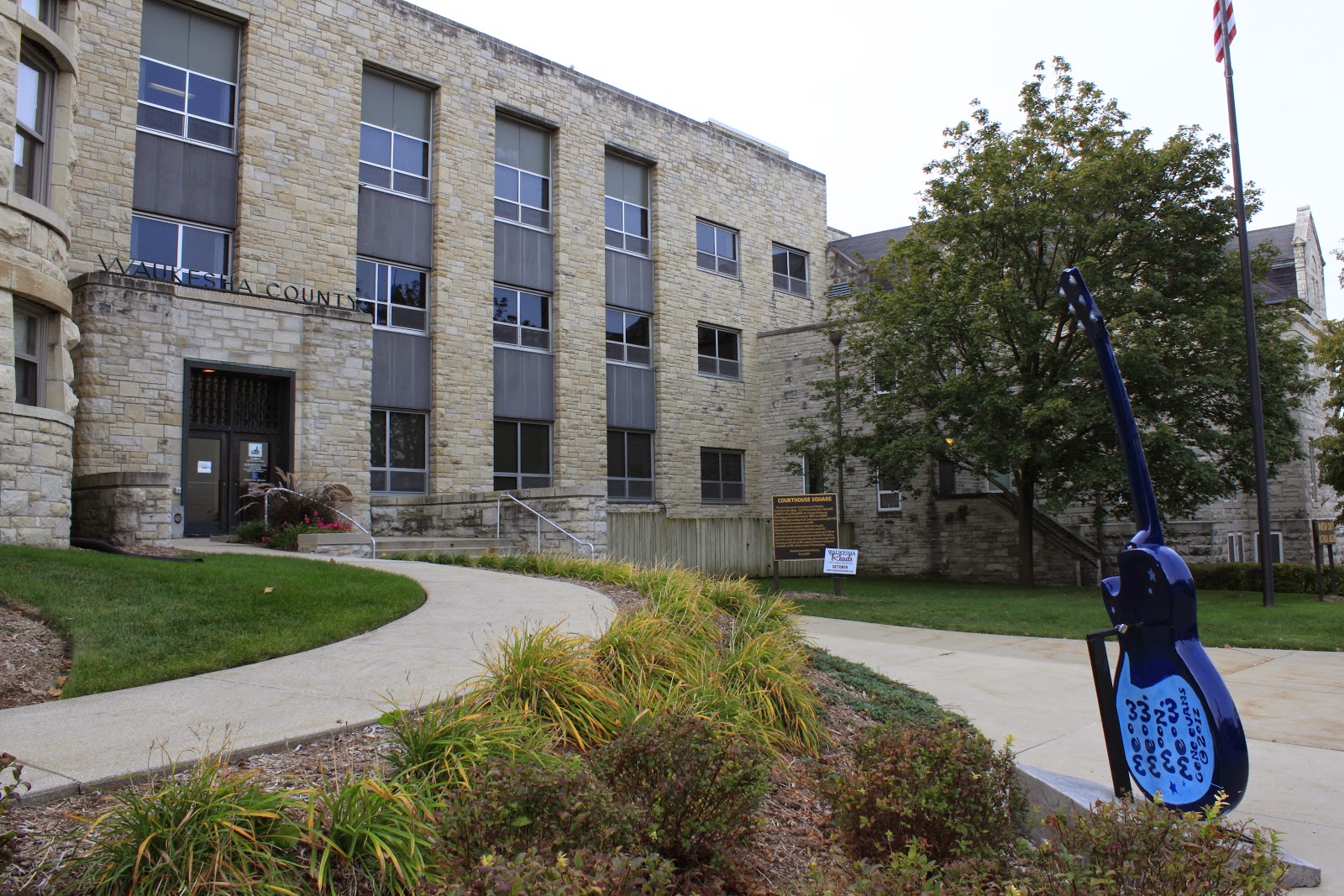 The marker can be seen in the center of the photo . . . 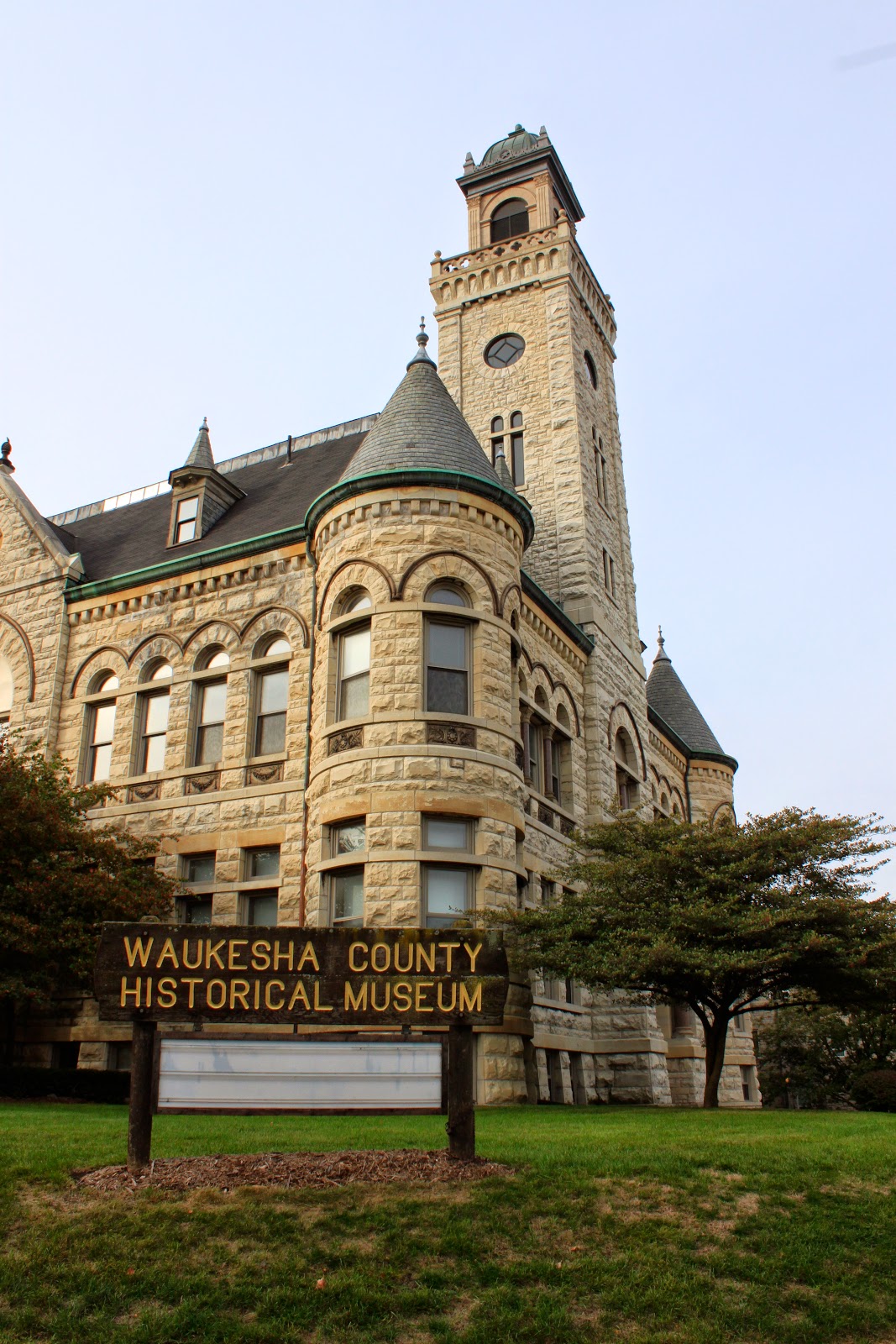 The marker is on the north side of the Waukesha County Museum.