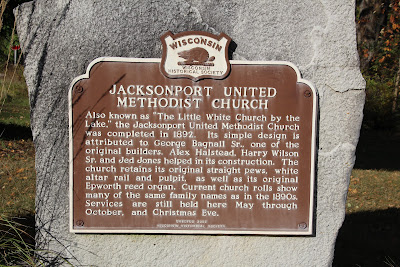 Also known as “The Little White Church by the Lake,” the Jacksonport United Methodist Church was completed in 1892. Its simple design is attributed to George Bagnall Sr., one of the original builders. Alex Halstead, Harry Wilson Sr. and Jed Jones helped in its construction. The church retains its original straight pews, white altar rail and pulpit, as well as its original Epworth reed organ. Current church rolls show many of the same family names as in the 1890s. Services are still held here May through October, and Christmas Eve. 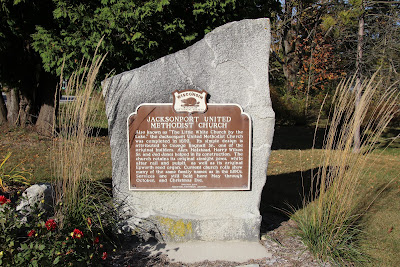 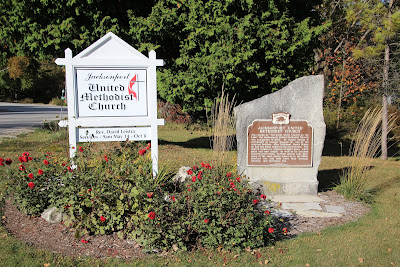 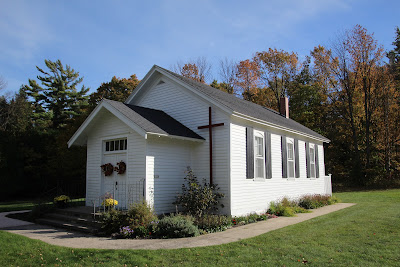 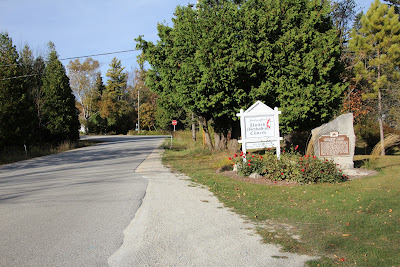 Looking north along North Cave Point Drive
towards its intersection with Wisconsin Highway 57. 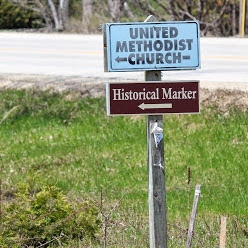 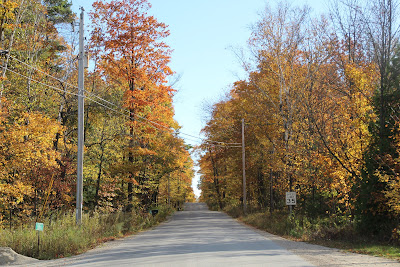 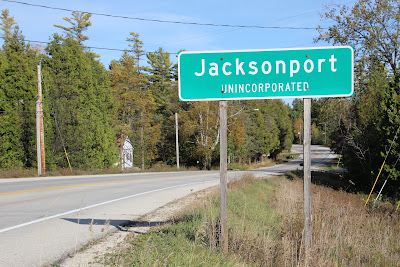 The church and marker are located in Jacksonport, Wisconsin.

Jacksonport is a Little Wisconsin Community.