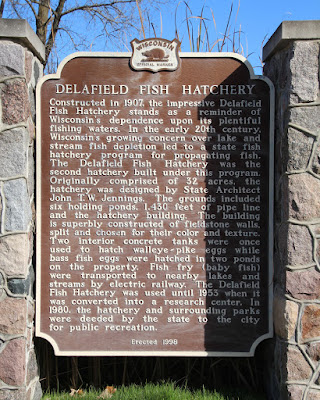 Constructed in 1907, the impressive Delafield Fish Hatchery stands as a reminder of Wisconsin's dependence upon its plentiful fishing waters. In the early 20th century, Wisconsin's growing concern over lake and stream fish depletion led to a state fish hatchery program for propagating fish. The Delafield Fish Hatchery was the second hatchery built under this program. Originally comprised of 32 acres, the hatchery was designed by State Architect John T.W. Jennings. The grounds included six holding ponds, 1,430 feet of pipe line and the hatchery building. The building is superbly constructed of fieldstone walls, split and chosen for their color and texture. Two interior concrete tanks were once used to hatch walleye-pike eggs while bass fish eggs were hatched in two ponds on the property. Fish fry (baby fish) were transported to nearby lakes and streams by electric railway. The Delafield Fish Hatchery was used until 1953 when it was converted into a research center. In 1980, the hatchery and surrounding parks were deeded by the state to the city for public recreation.

The marker is located at the  Delafield Fish Hatchery and is accessible from westbound Main Street /  County Route DR, west of its intersection with Dopkins Street, at or near 421 Main Street, Delafield, Wisconsin 53018. 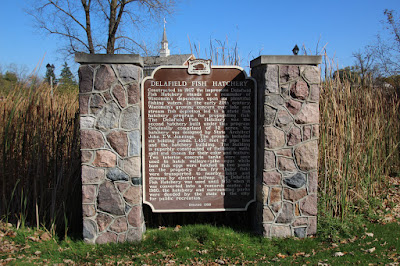 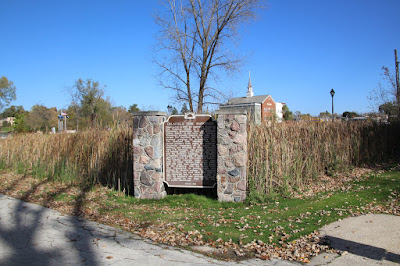 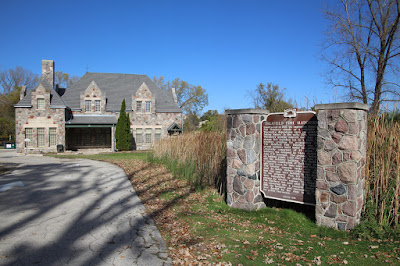 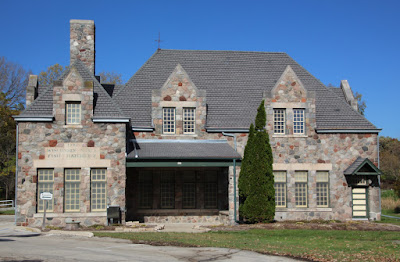 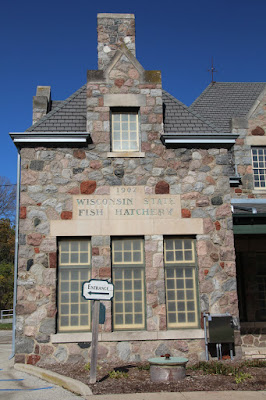 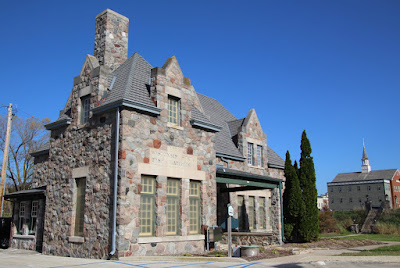 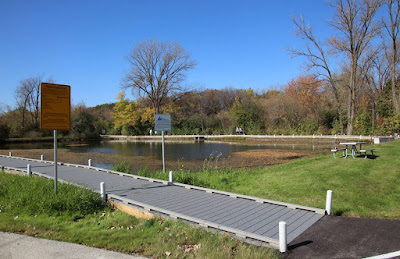 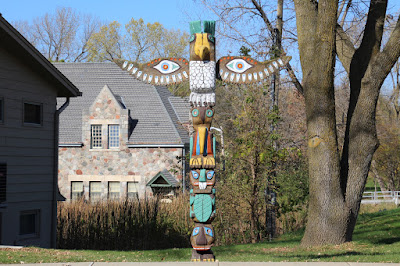 Nearby totem pole, with fish hatchery in the background.