Marker 138: Birthplace of an Airline 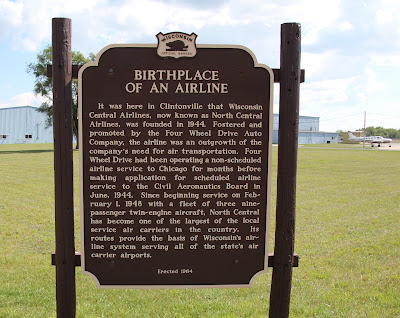 BIRTHPLACE
OF AN AIRLINE

It was here in Clintonville that Wisconsin Central Airlines, now known as North Central Airlines, was founded in 1944. Fostered and promoted by the Four Wheel Drive Auto Company, the airline was an outgrowth of the company’s need for air transportation. Four Wheel Drive had been operating a non-scheduled airline serv­ice to Chicago for months before making application for scheduled airline service to the Civil Aeronautics Board in June, 1944. Since beginning service on February 1, 1948, with a fleet of three nine-passenger twin-engine aircraft, North Central has become one of the largest of the local service air carriers in the country. Its routes provide the basis of Wisconsin’s airline system serving all of the state’s air carrier airports.

The marker is located at Clintonville Municipal Airport on eastbound 7th Street, east of its intersection with Klemp Road, Clintonville, Wisconsin 54929. 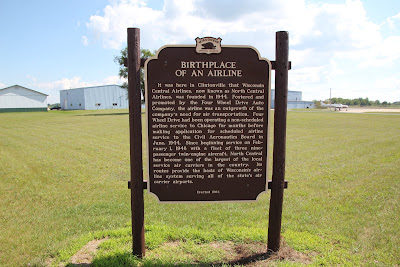 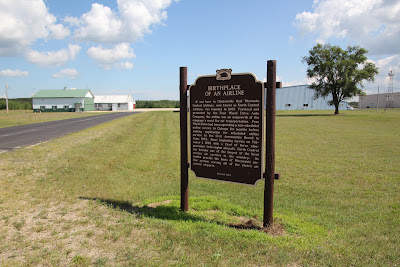 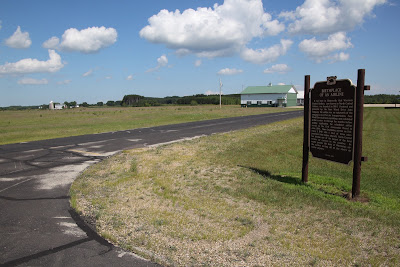 The airport is in the middle of farmlands. 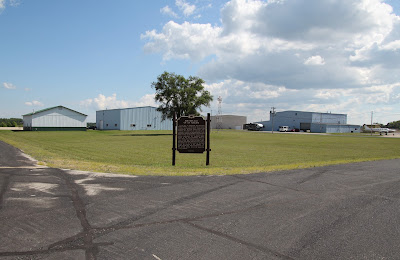 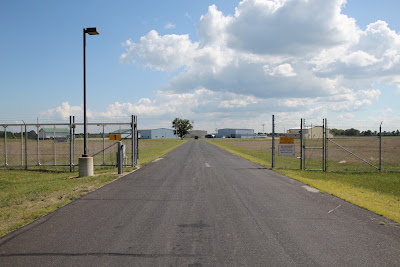 The small marker, visible to the right of the tree,
is at the end of a long driveway.

The marker is visible in the distance to the left,
to the right of the tree. 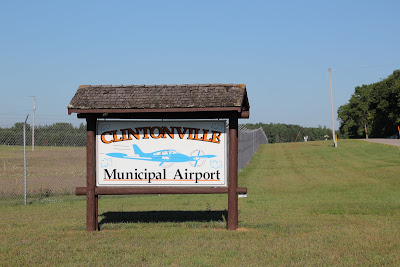 The marker is located at the Clintonville Municipal Airport. 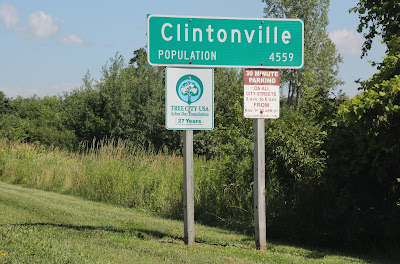