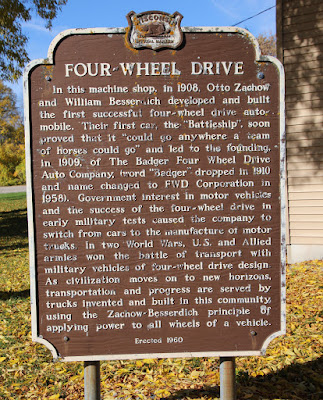 In this machine shop, in 1908, Otto Zachow and William Besserdich developed and built the first successful four-wheel drive automobile. Their first car, the “Battleship”, soon proved that it "could go anywhere a team of horses could go” and led to the founding, in 1909, of The Badger Four Wheel Drive Auto Company, (word “Badger” dropped in 1910 and name changed to FWD Corporation in 1958). Government interest in motor vehicles and the success of the four-wheel drive in early military tests caused the company to switch from cars to the manufacture of motor trucks. In two World Wars, U.S. and Allied armies won the battle of transport with military vehicles of four-wheel drive design. As civilization moves on to new horizons, transportation and progress are served by trucks invented and built in this community using the Zachow-Besserdich principle of applying power to all wheels of a vehicle.

The marker is located on southbound Memorial Circle, just south of its intersection with 11th Street, across the road from the entrance to Olen Park, Clintonville, Wisconsin 54929.

The History of the American 4X4 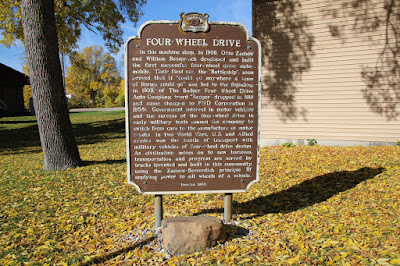 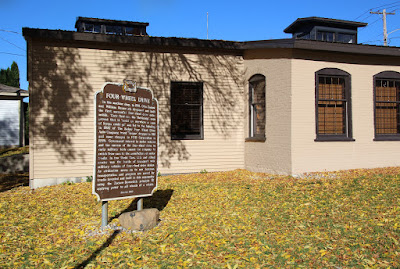 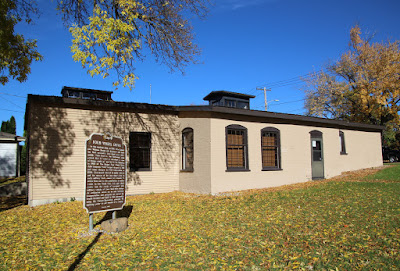 The marker is on the east side of the referenced Machine Shop. 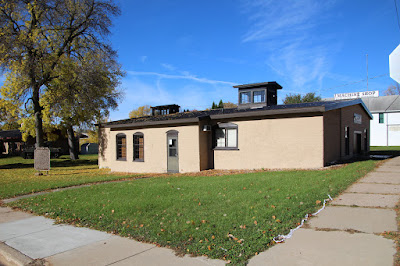 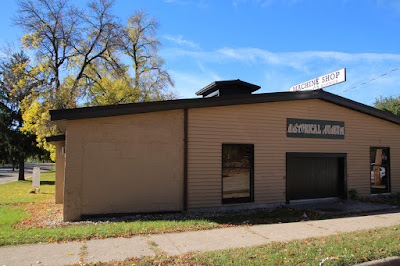 The Machine Shop is now a museum
(marker visible in the distance, to the left).