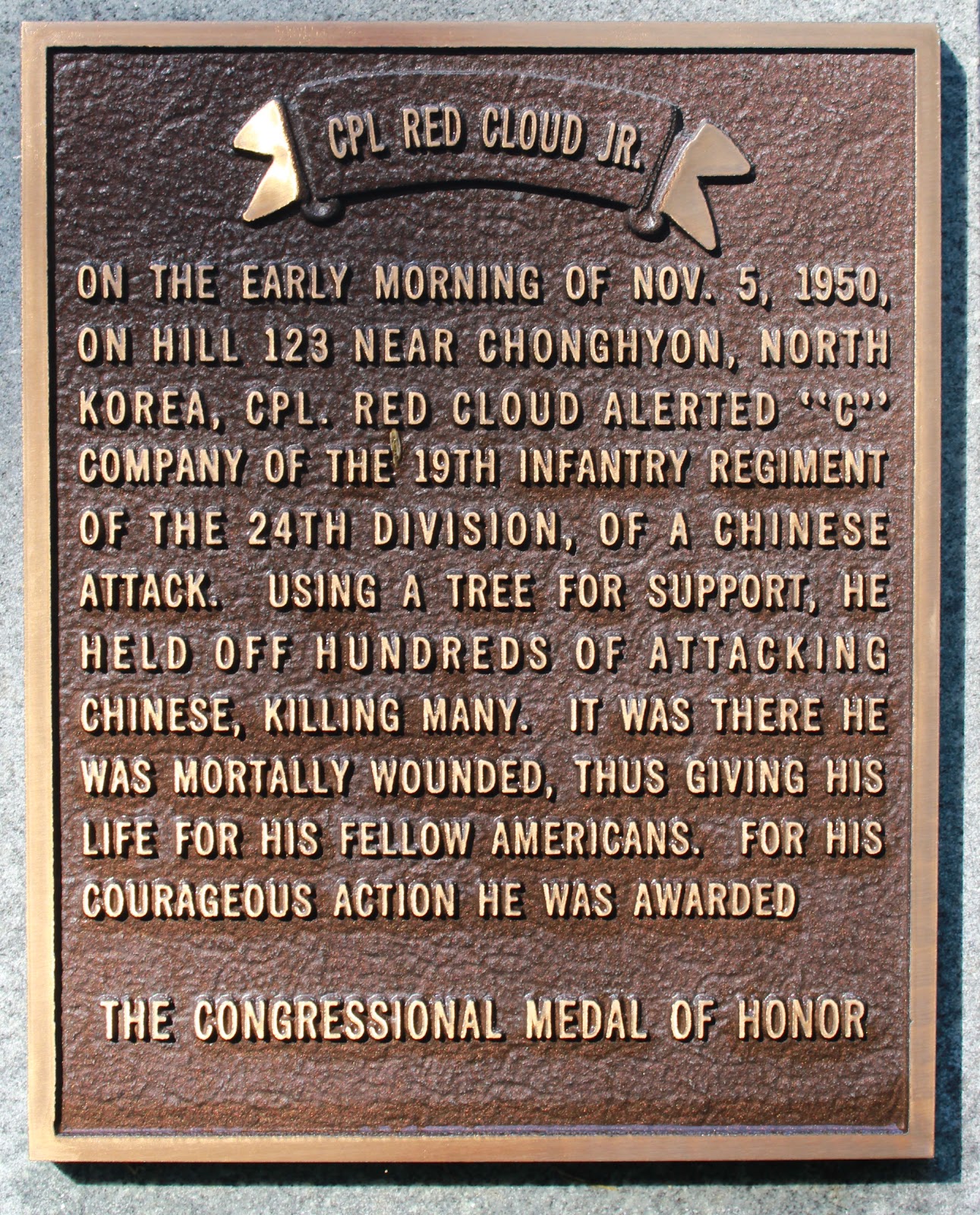 On the early morning of Nov. 5, 1950, on Hill 123 near Chonghyon, North Korea, Cpl. Red Cloud alerted "C" Company of the 19th Infantry Regiment of the 24th Division, of a Chinese attack. Using a tree for support, he held off hundreds of attacking Chinese, killing many. It was there he was mortally wounded, thus giving his life for his fellow Americans. For his courageous action he was awarded

THE CONGRESSIONAL MEDAL OF HONOR

The memorial is located at the intersection of Main Street and West Third Street, on the grounds of the Adams County Courthouse, Friendship, Wisconsin 53934. 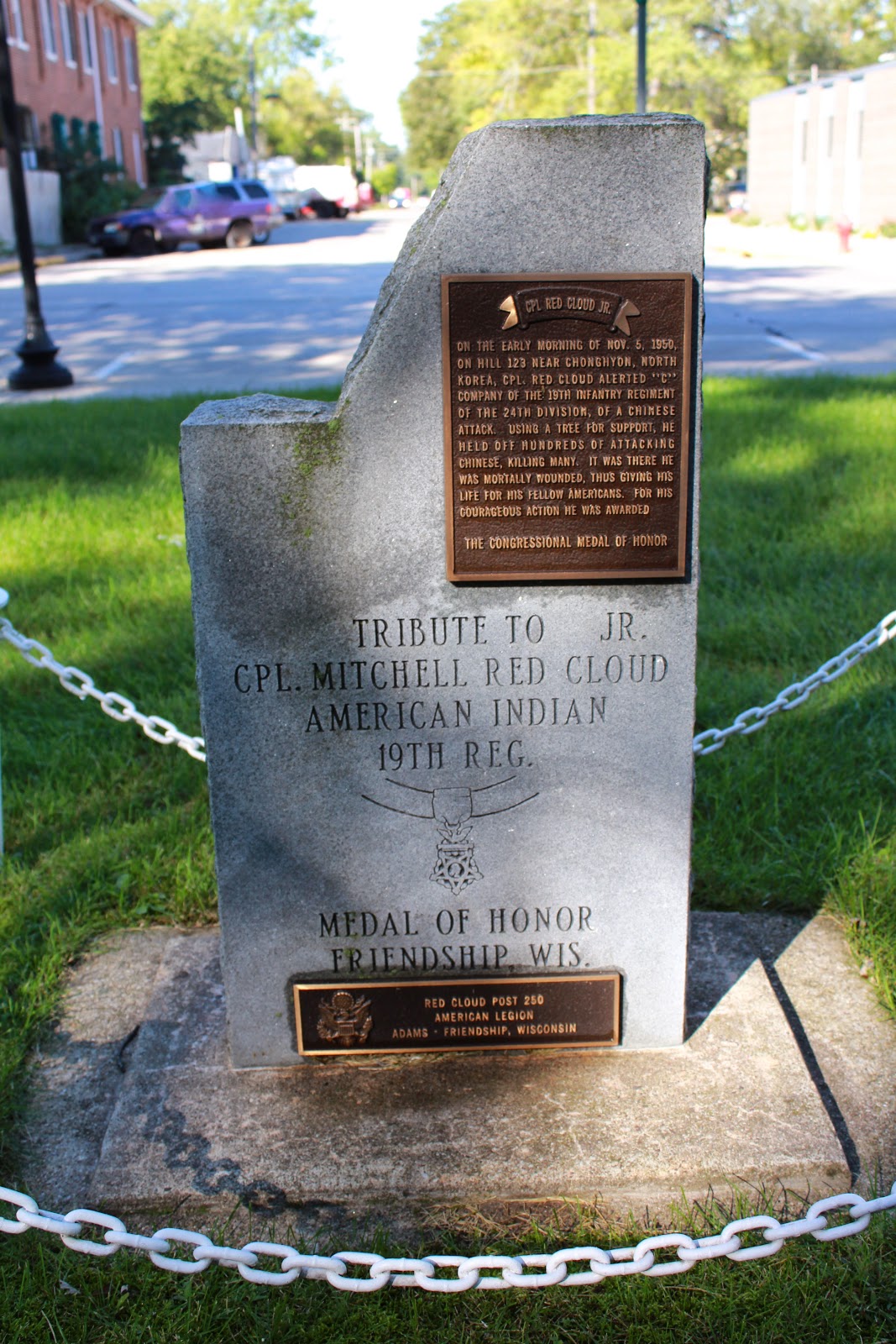 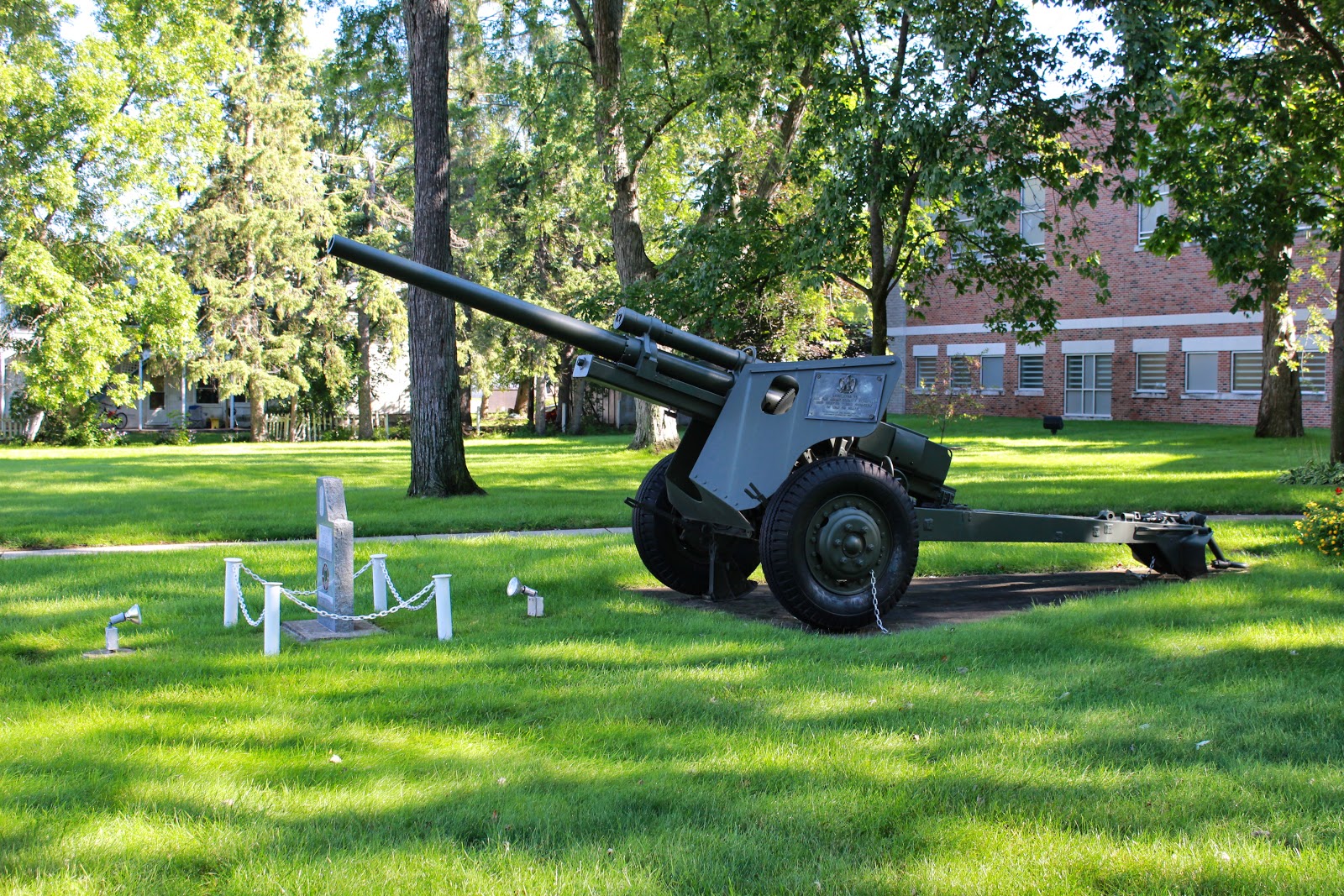 The memorial is on the marker in front of the gun.

Corporal Red Cloud Jr.
This image is a work of a U.S. Army soldier or employee,
taken or made as part of that person's official duties
and is in the public domain.
Click here for more information. 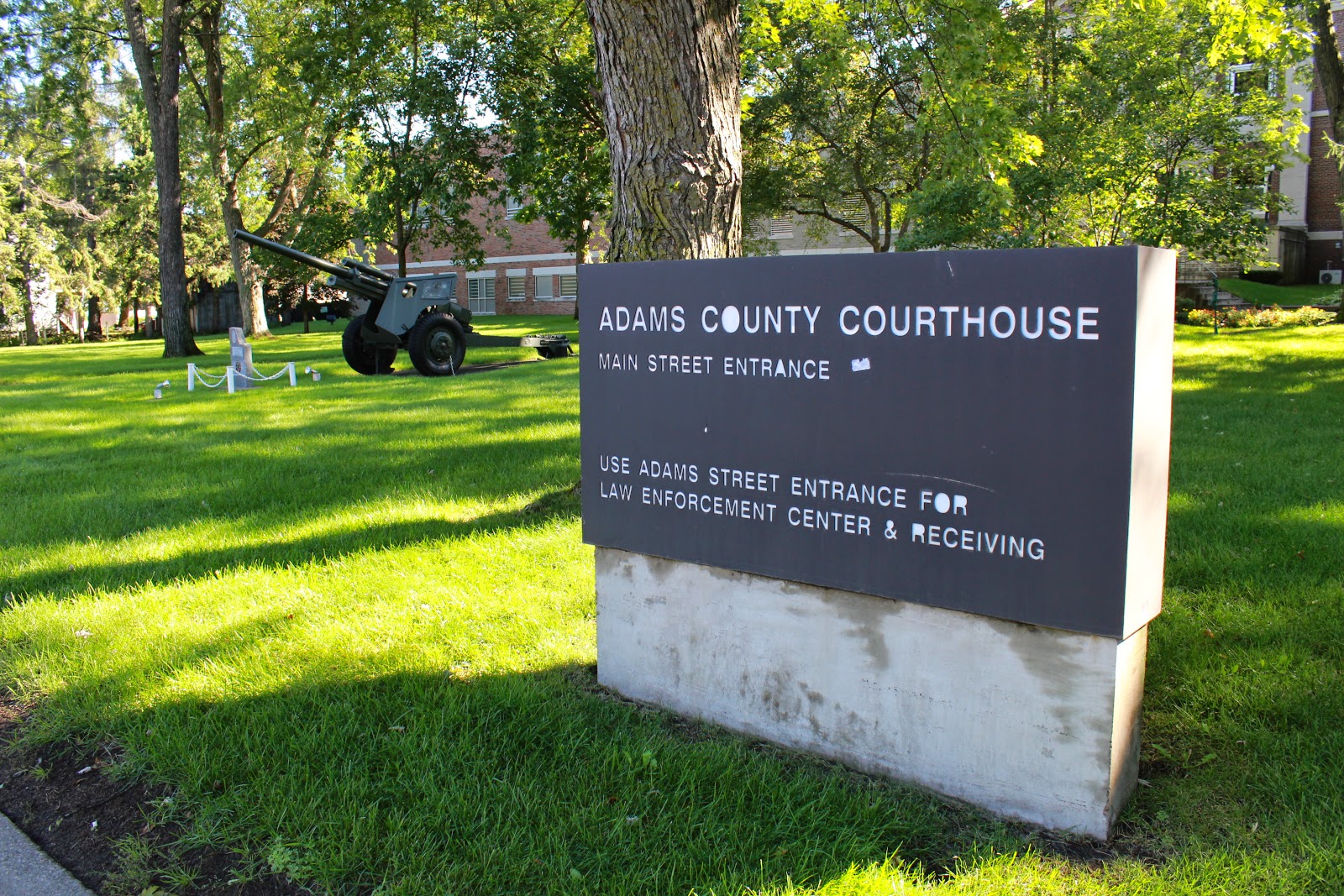 The memorial is on the grounds of the Adams County Courthouse
in Friendship, Wisconsin.