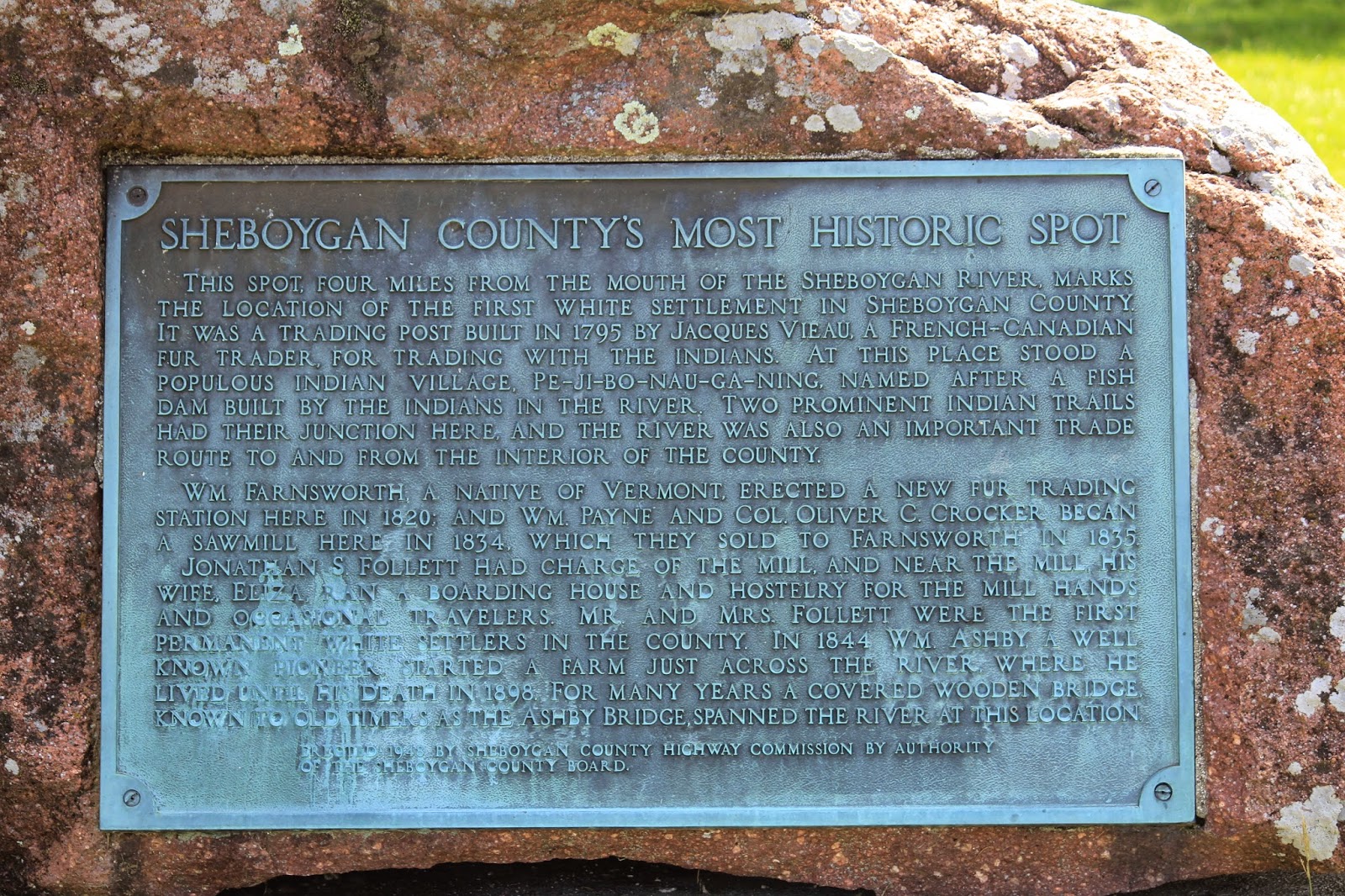 This spot, four miles from the mouth of the Sheboygan River, marks the location of the first white settlement in Sheboygan County. It was a trading post build in 1795 by Jacques Vieau, a French-Canadian fur trader, for trading with the Indians. At this place stood a populous Indian Village, PE-JI-BO-NAU-GA-NING, named after a fish dam built by the Indians in the river. Two prominent Indian trails had their junction here and the river was also an important trade route to and from the interior of the county.

Wm. Farnsworth, a native of Vermont, elected a new fur trading station here in 1820, and Wm. Payne and Col. Oliver C. Crocker began a sawmill here in 1834, which they sold to Farnsworth in 1835.

Jonathan S. Follet had charge of the mill, and near the mill his wife, Eliza ran a boarding house and hostelry for the mill hands and occasional travelers. Mr. and Mrs. Follet were the first permanent white settlers in the county. In 1844 Wm. Ashby, a well known pioneer started a farm just across the river where he lived until his death in 1898. For many years a covered wooden bridge known to old timers as the Ashby Bridge, spanned the river at this location.

The  marker is located on westbound Indiana Avenue, east of its intersection with South Taylor Drive, next to a parking lot for Esslingen Park, Sheboygan, Wisconsin 53081. 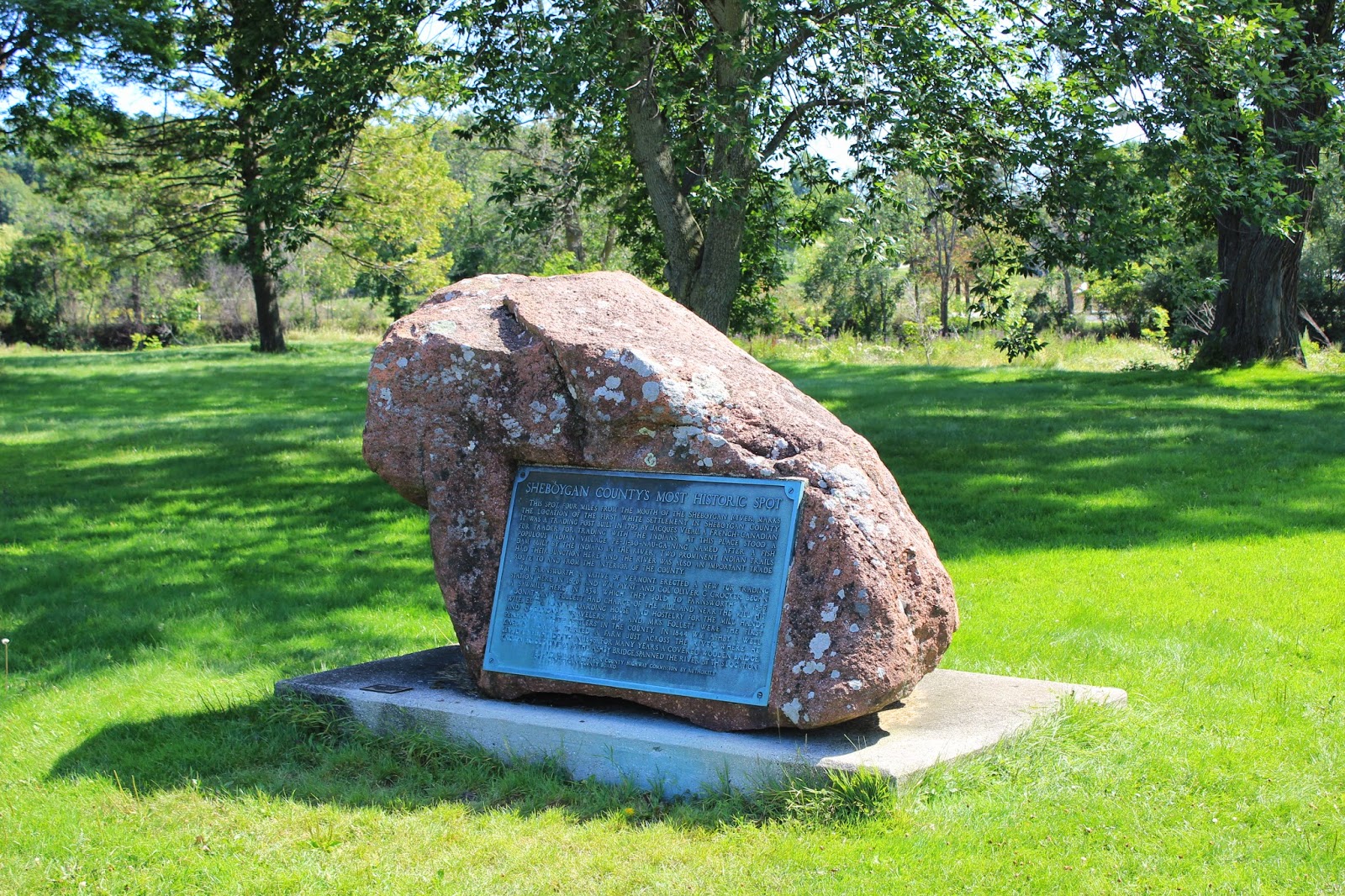 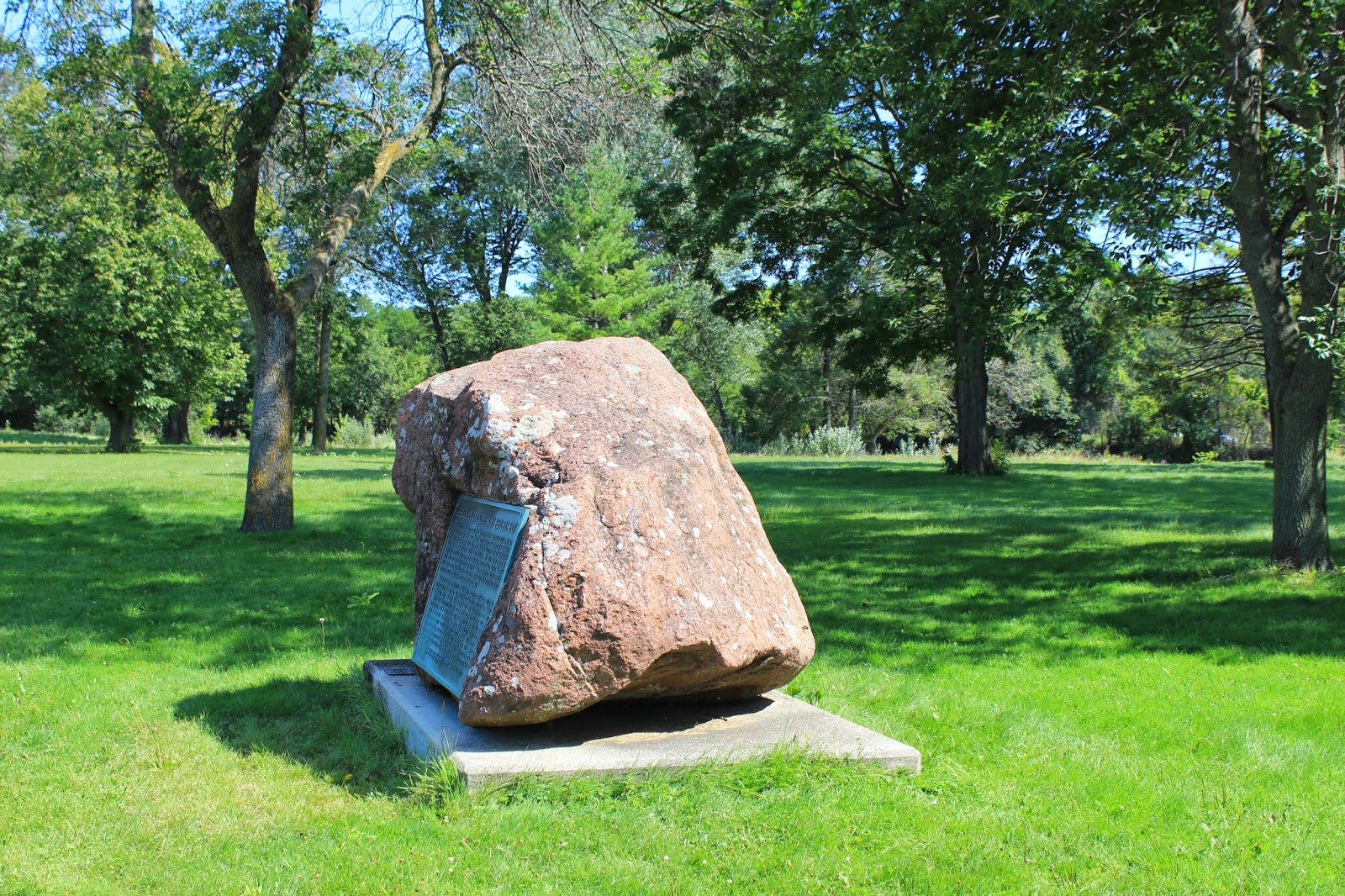 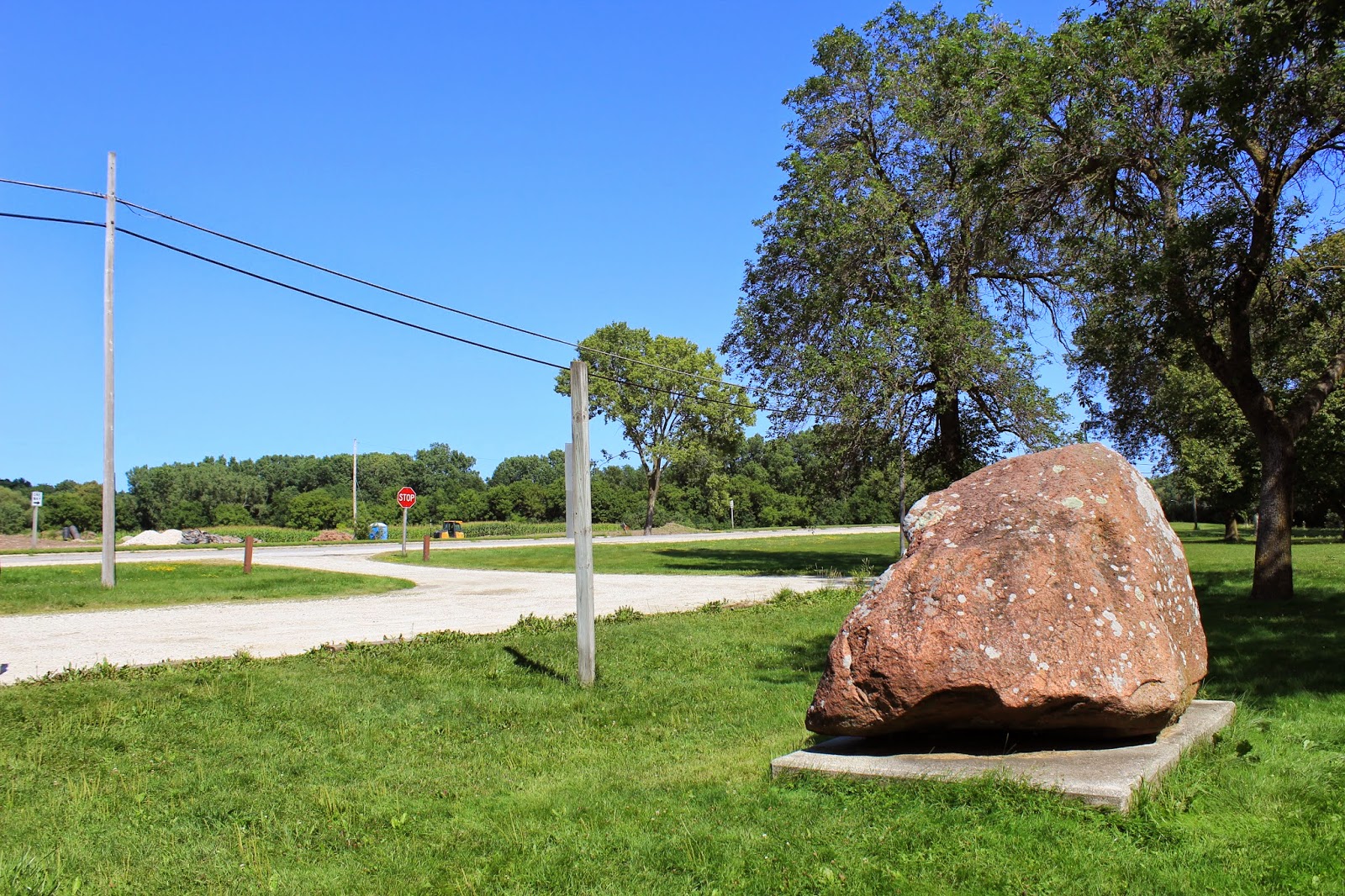 Looking out towards Indiana Avenue. 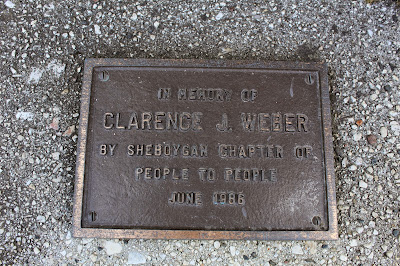 [This plaque is in the concrete base of the monument]
In Memory of
Clarence J. Weber
by Sheboygan Chapter of
People to People
June 1986 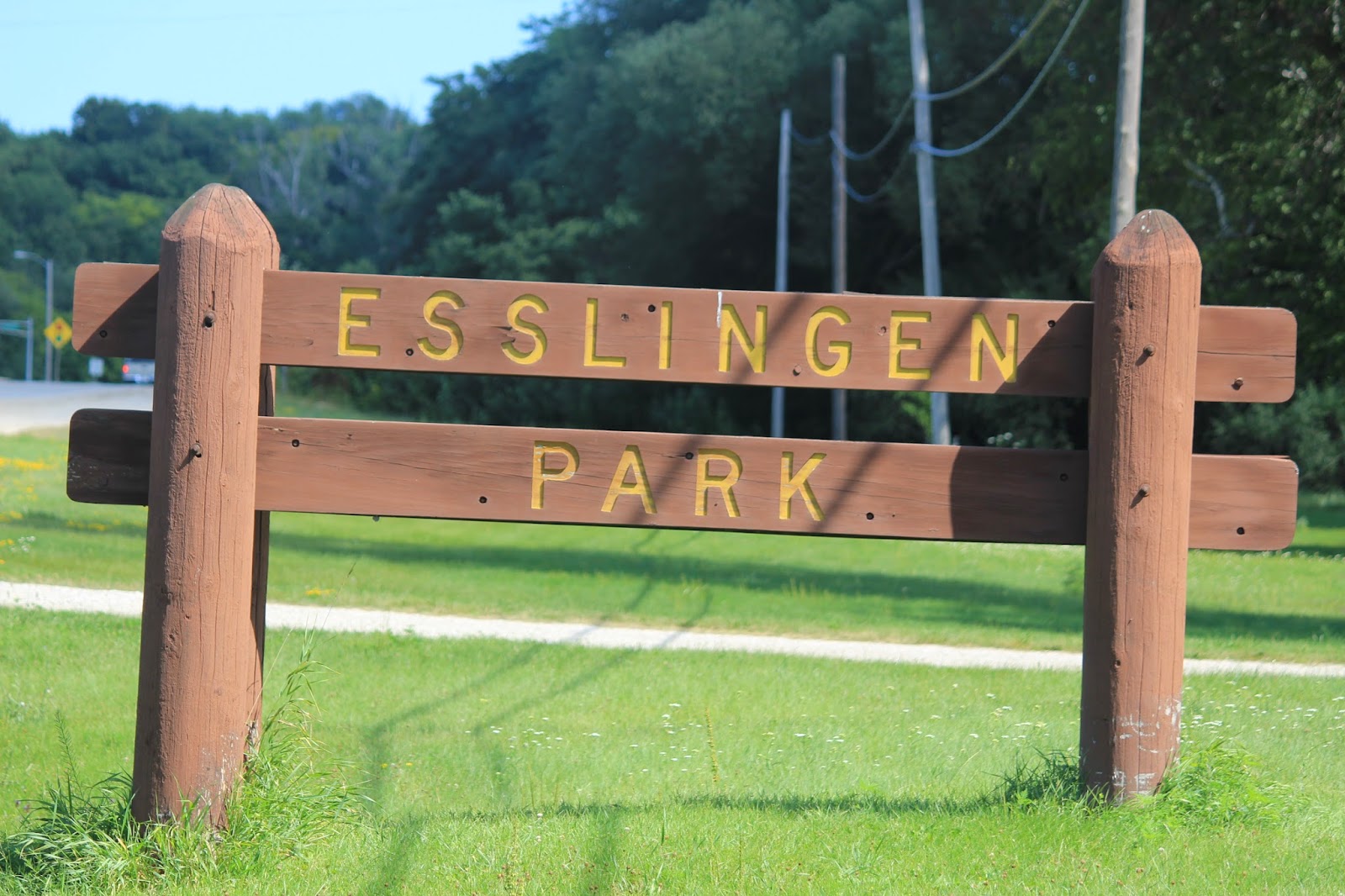 The marker is located next to the parking lot at Esslingen Park.