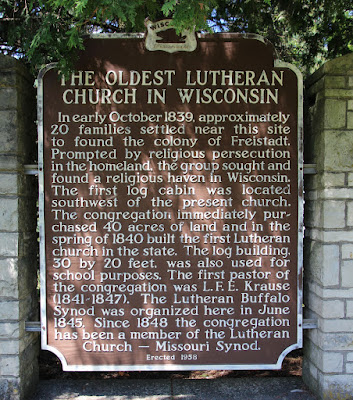 THE OLDEST LUTHERAN
CHURCH IN WISCONSIN

In early October 1839, approximately 20 families settled near this site to found the colony of Freistadt. Prompted by religious persecution in the homeland, the group sought and found religious haven in Wisconsin. The first log cabin was located southwest of the present church. The congregation immediately purchased 40 acres of land and in the spring of 1840 built the first Lutheran church in the state. The log building , 30 by 20 feet, was also used for school purposes. The first pastor of the congregation was L.F.E. Krause (1841-1847). The Lutheran Buffalo Synod was organized here in June 1845. Since 1848 the congregation has been a member of the Lutheran Church – Missouri Synod.

The marker is located on southbound North Granville Road, just south of its intersection with West Freistadt Road, Mequon, Wisconsin 53097.

See also nearby Trinity-Freistadt Historical Site, related to this marker. 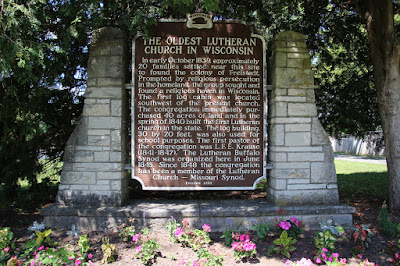 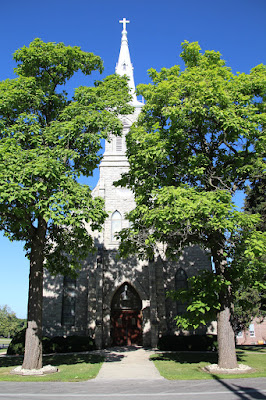 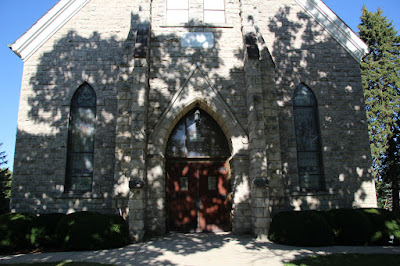 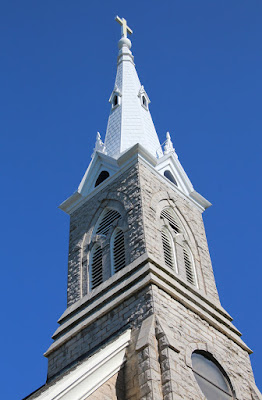 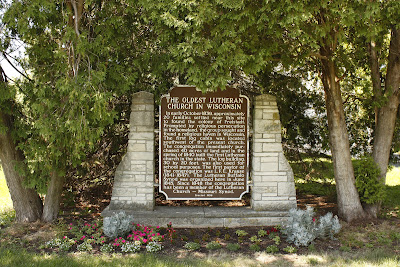 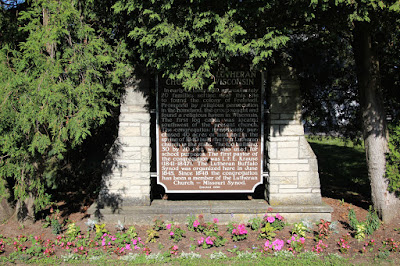 The marker is now nearly hidden behind the pines. 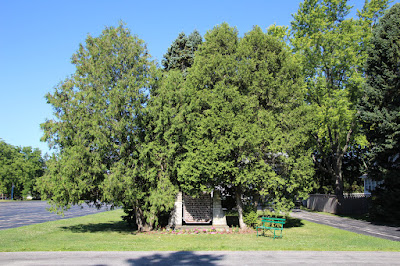 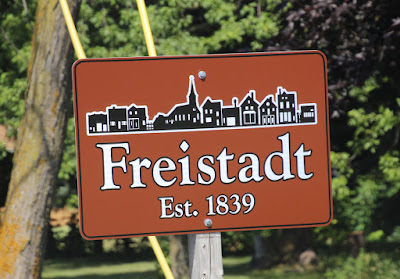 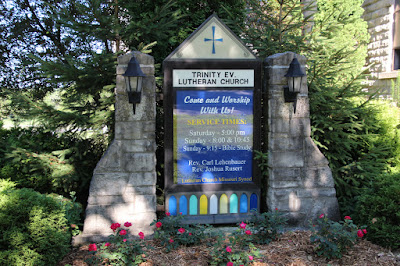 The marker is located at Trinity Evangelical Lutheran Church
in Mequon, Wisconsin.