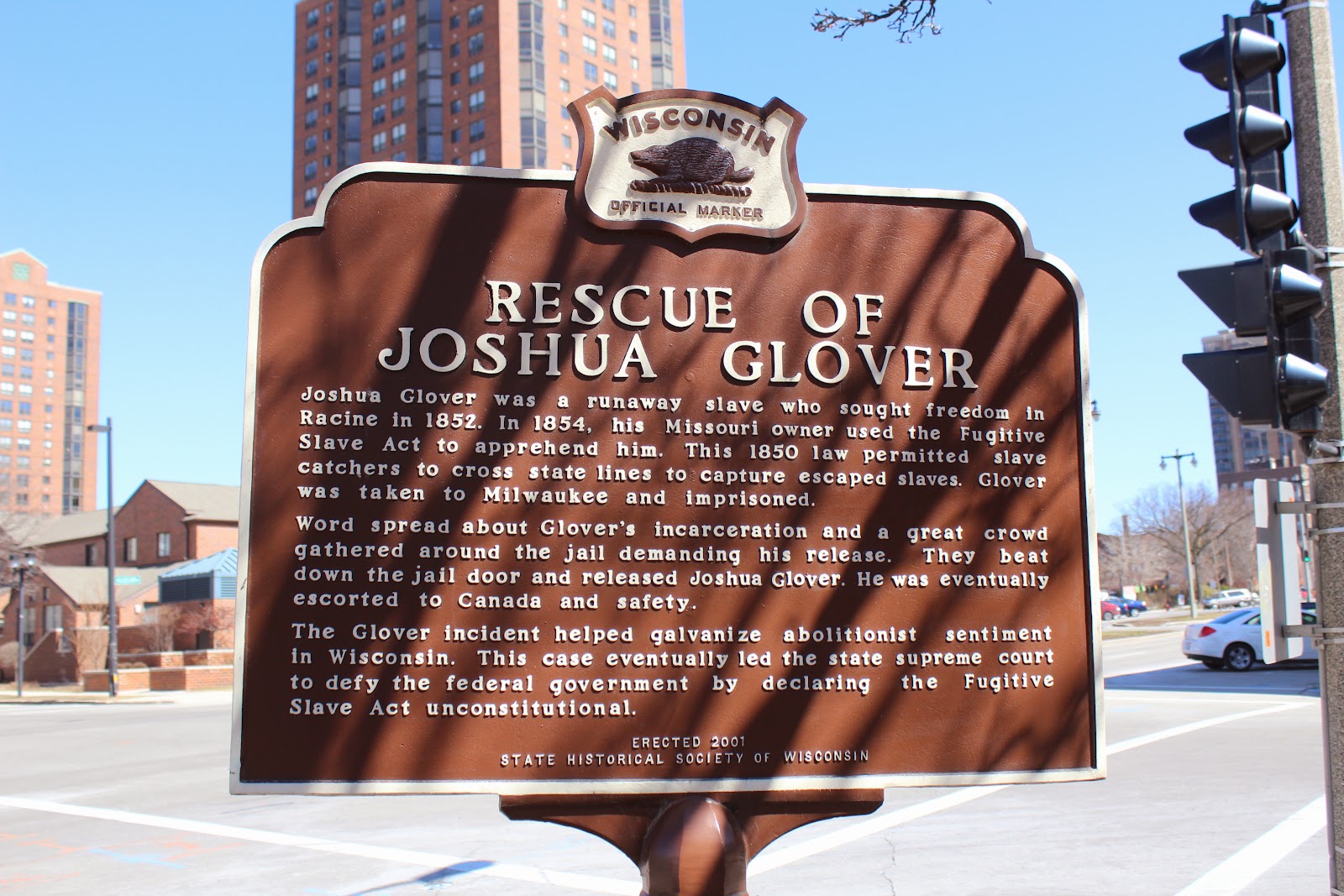 Joshua Glover was a runaway slave who sought freedom in Racine in 1852. In 1854, his Missouri owner used the Fugitive Slave Act to apprehend him. This 1850 law permitted slave catchers to cross state lines to captured escaped slaves. Glover was taken to Milwaukee and imprisoned.

Word spread about Glover’s incarceration and a great crowd gathered around the jail demanding his release. They beat down the jail door and released Joshua Glover. He was eventually escorted to Canada and safety.

The marker is located at the northeast corner of Cathedral Square Park, at the intersection of East Kilbourn Avenue and North Jackson Street, Milwaukee, Wisconsin 53202.

Joshua Glover's 1854 Journey in the Underground Railroad, as told by One of His Conductors, Chauncey C. Olin 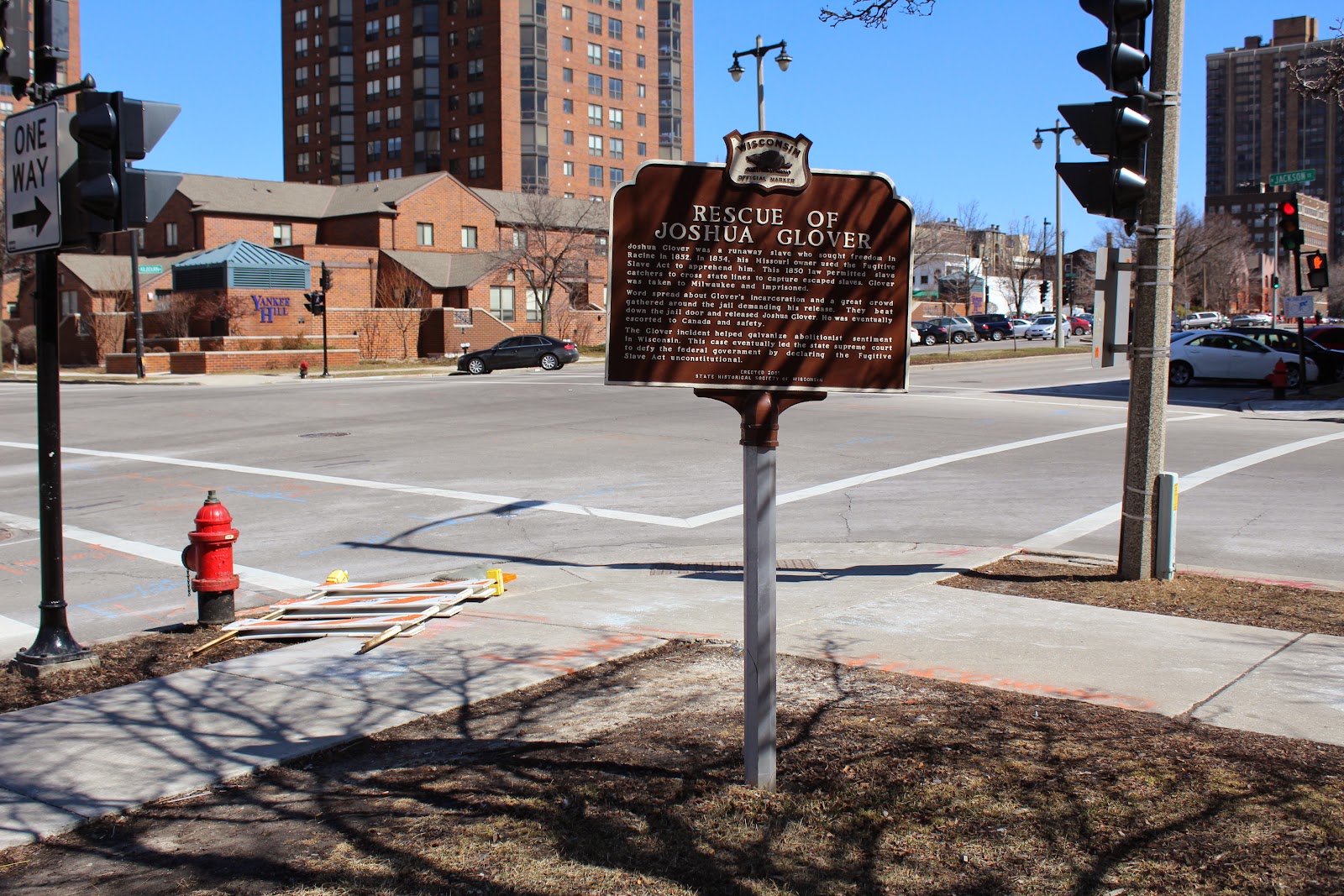 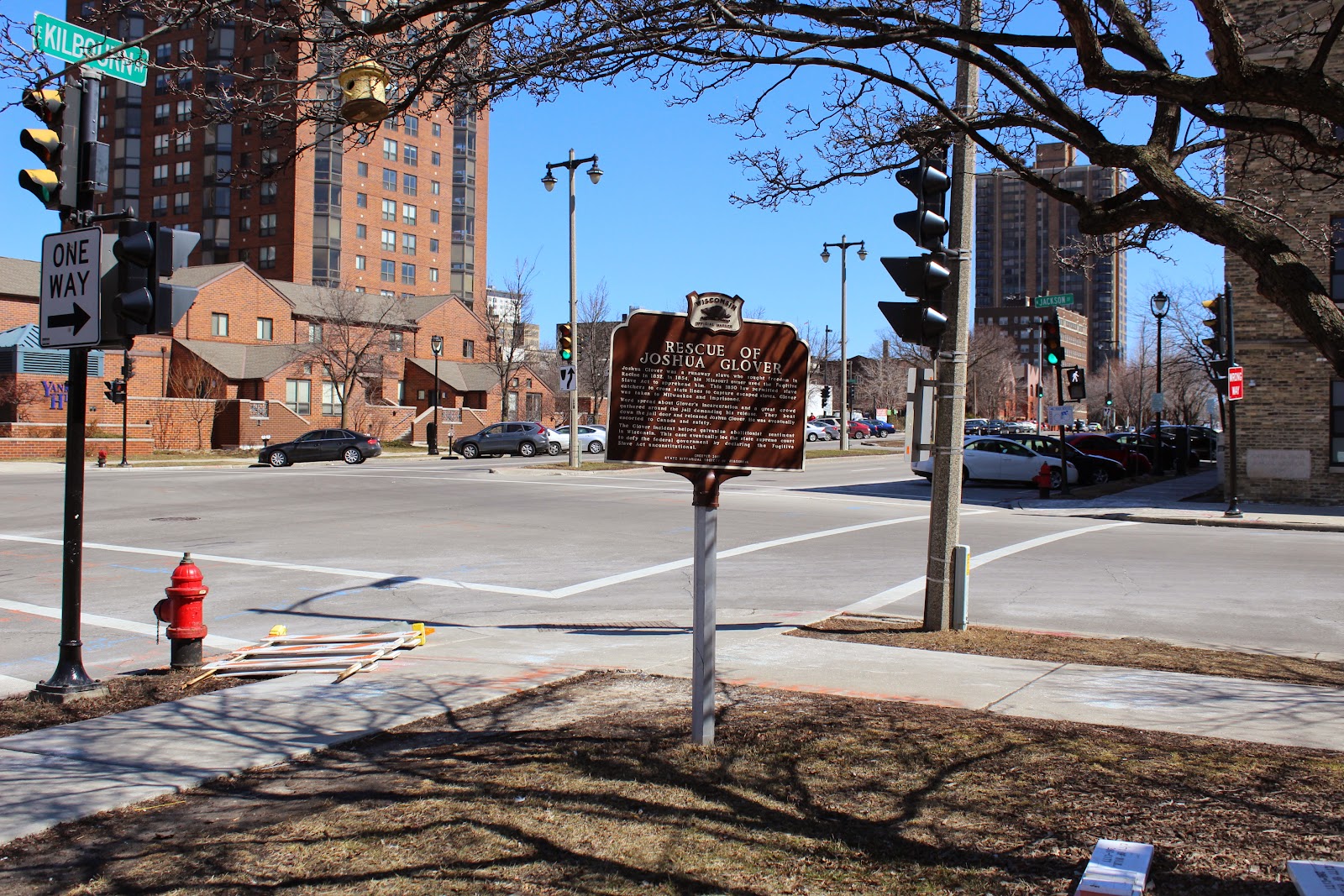 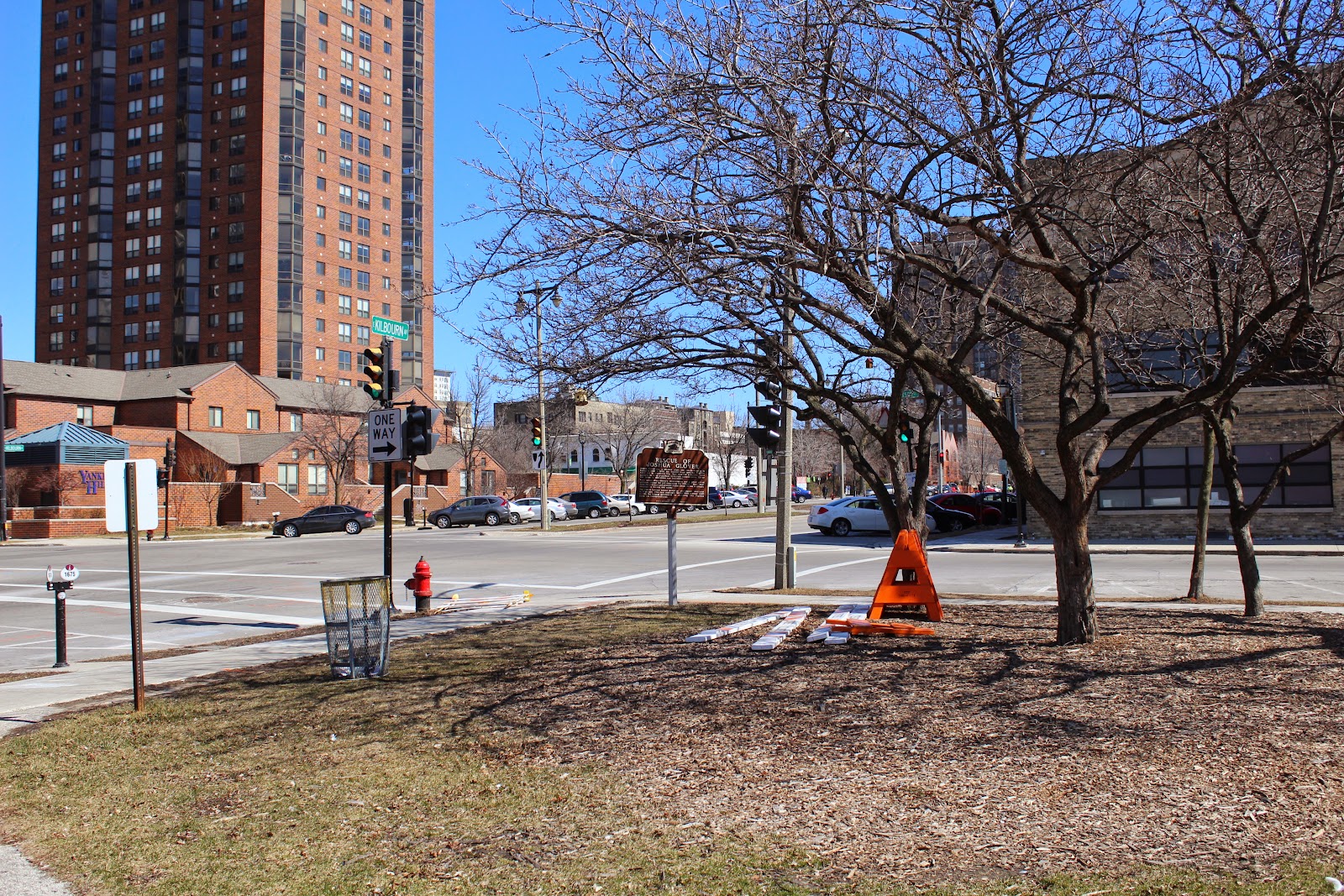 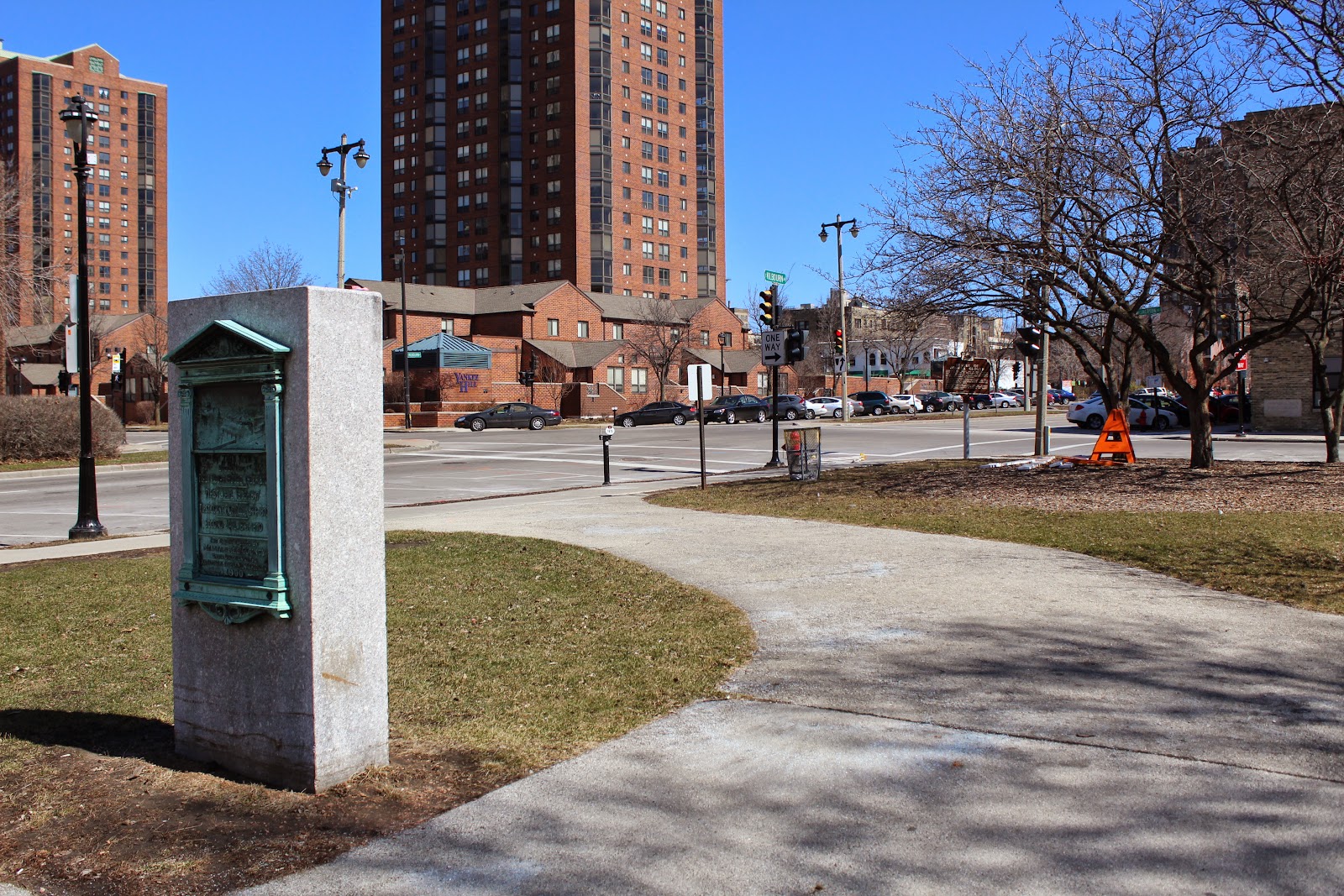 The marker is close to the First Court House monument.