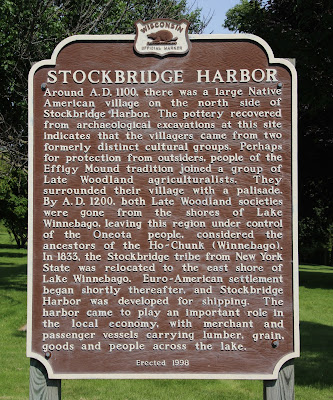 Around A.D. 1100, there was a large Native American village on the north side of Stockbridge Harbor. The pottery recovered from archaeological excavations at this site indicates that the villagers came from two formerly distinct cultural groups. Perhaps for protection from outsiders, people of the Effigy Mound tradition joined a group of Late Woodland agriculturalists. They surrounded their village with a palisade. By A.D. 1200, both Late Woodland societies were gone from the shores of Lake Winnebago, leaving this region under control of the Oneota people, considered the ancestors of the Ho-Chunk (Winnebago). In 1833, the Stockbridge tribe from New York State was relocated to the east shore of Lake Winnebago. Euro-American settlement began shortly thereafter, and Stockbridge Harbor was developed for shipping. The harbor came to play an important role in the local economy, with merchant and passenger vessels carrying lumber, grain, goods and people across the lake.


This marker is at a point of land that extends into Lake Winnebego, an absolutely gorgeous setting! There's a restaurant to the left of the marker called "Harbor Bar & Grill," with an amazing view of Lake Winnebago. Will have to return for a sunset and a meal. 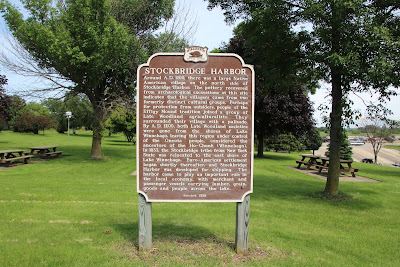 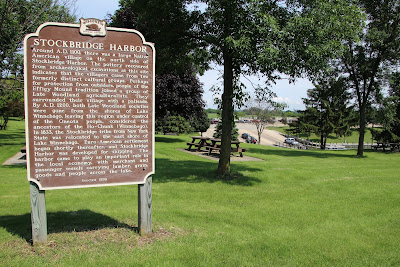 With the harbor boat launch visible to the right. 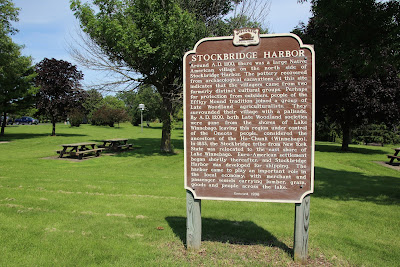 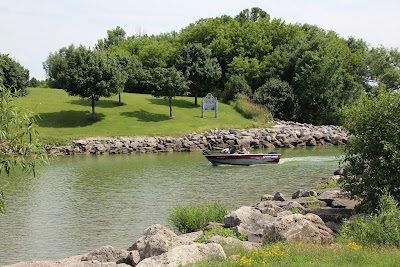 The waterway into Stockbridge Harbor. 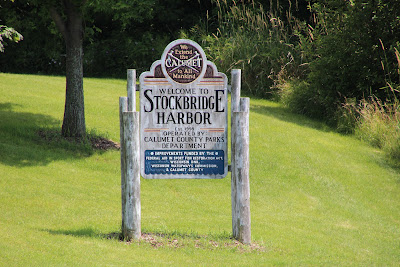 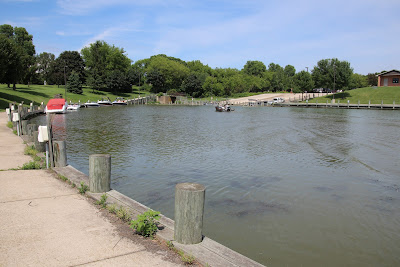 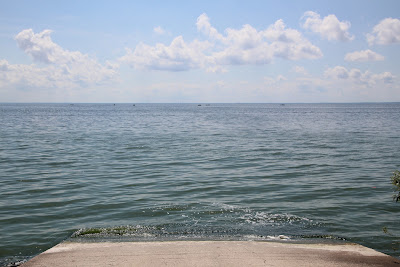 Looking west across Lake Winnebago near the marker location. 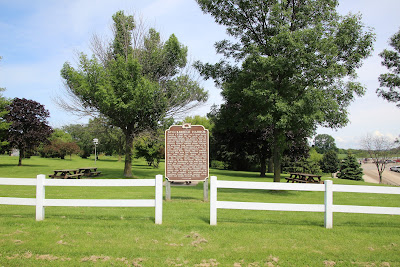 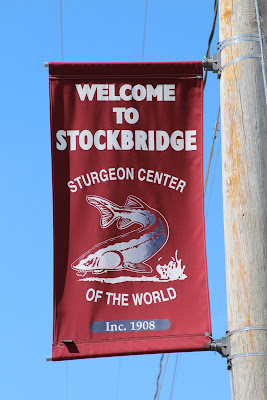 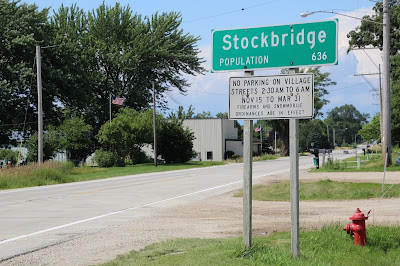 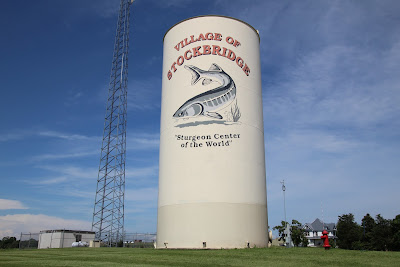 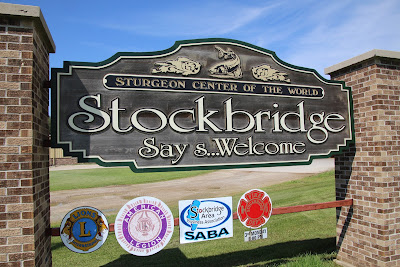 The marker is located in Stockbridge, Wisconsin.