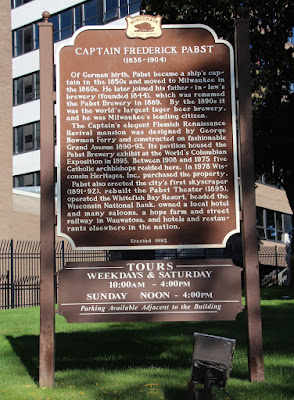 Of German birth, Pabst became a ship's captain in the 1850s and moved to Milwaukee in the 1860s. He later joined his father-in-law's brewery (founded 1844), which was renamed the Pabst Brewery in 1889. By the 1890s it was the world's largest lager beer brewery, and he was Milwaukee's leading citizen.

The Captain's elegant Flemish Renaissance Revival mansion was designed by George Bowman Ferry and constructed on fashionable Grand Avenue 1890-93. Its pavilion housed the Pabst Brewery exhibit at the World's Columbian Exposition in 1893. Between 1908 and 1975 five Catholic archbishops resided here. In 1978 Wisconsin Heritages, Inc., purchased the property.

Pabst also erected the city's first skyscraper (1891-92), rebuilt the Pabst Theater (1895), operated the Whitefish Bay Resort, headed the Wisconsin National Bank, owned a local hotel and many saloons, a hops farm and street railway in Wauwatosa, and hotels and restaurants elsewhere in the nation.

Arrived too late to take a tour of the house, but did get a chance to see the gorgeous stained glass windows in the Victorian gift store. Already making plans to return in December, when the house is fully decorated for the holidays!


See also, Captain Frederick Pabst Mansion, also at this location, and Marker 309: Pabst Theater, at a nearby location. 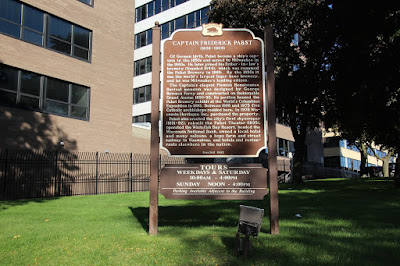 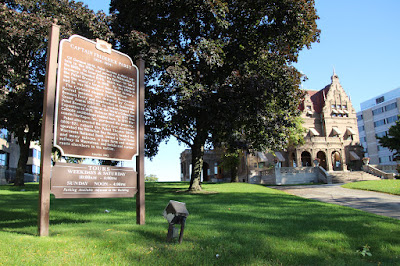 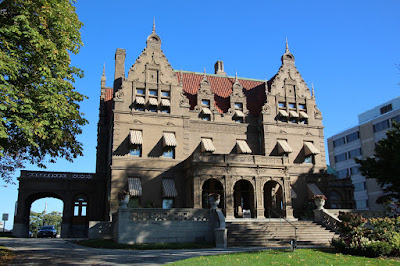 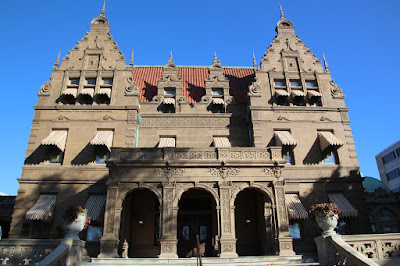 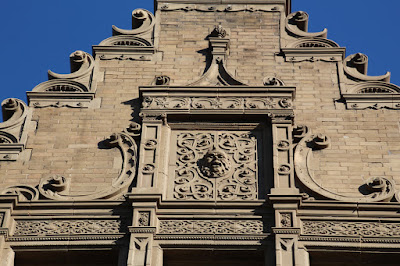 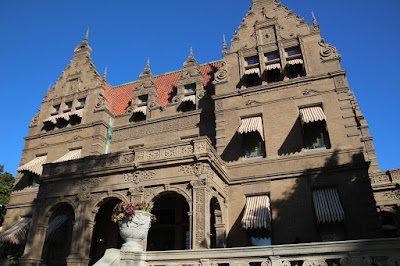 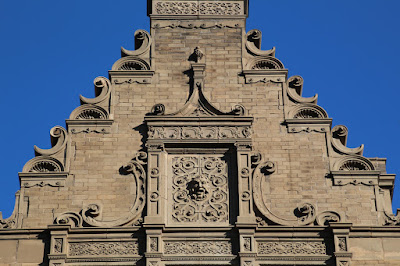 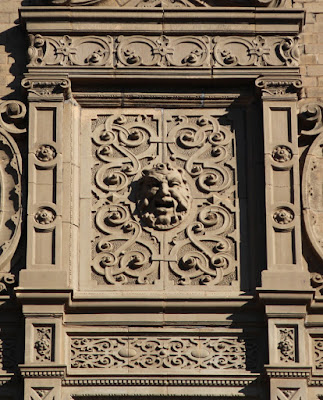 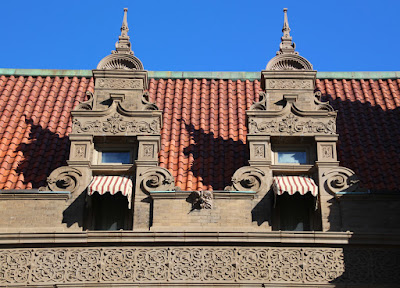 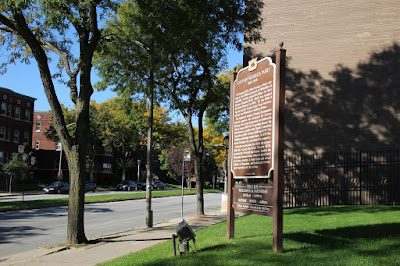 Looking west along West Wisconsin Avenue.
The marker and mansion are located in Milwaukee, Wisconsin