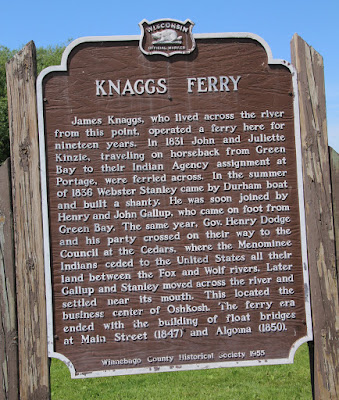 James Knaggs, who lived across the river from this point, operated a ferry here for nineteen years. In 1831 John and Juliette Kinzie, traveling on horseback from Green Bay to their Indian Agency assignment at Portage, were ferried across. In the summer of 1836 Webster Stanley came by Durham boat and built a shanty. He was soon joined by Henry and John Gallup, who came on foot from Green Bay. The same year, Gov. Henry Dodge and his party crossed on their way to the Council at the Cedars, where the Menominee Indians ceded to the United States all their land between the Fox and Wolf rivers. Later Gallup and Stanley moved across the river and settled near its mouth. This located the business center of Oshkosh. The ferry era ended with the building of float bridges at Main Street (1847) and Algoma (1850). 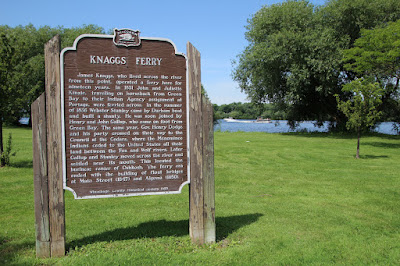 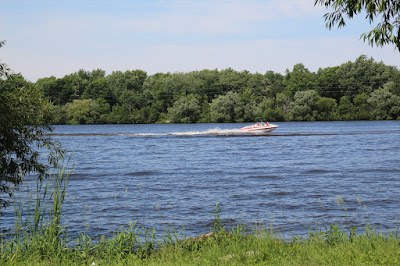 Looking west across the Fox River to where James Knaggs lived. 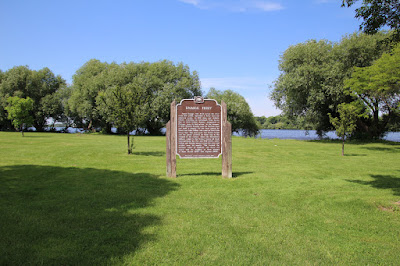 With the Fox River in the background. 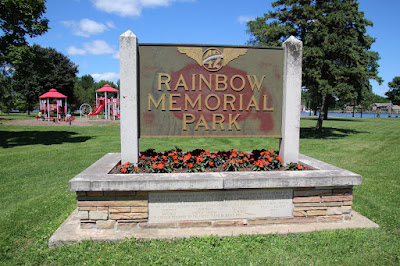 The marker is located at Rainbow Memorial Park
in Oshkosh, Wisconsin.