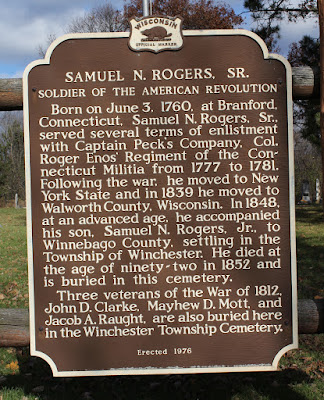 Born on June 3, 1760, at Branford, Connecticut, Samuel N. Rogers, Sr., served several terms of enlistment with Captain Peck’s Company, Col. Roger Enos’ Regiment of the Connecticut Militia from 1777 to 1781. Following the war, he moved to New York State and in 1839 he moved to Walworth County, Wisconsin. In 1848, at an advanced age, he accompanied his son, Samuel N. Rogers, Jr., to Winnebago County, settling in the Township of Winchester. He died at the age of ninety-two in 1852 and is buried in this cemetery.


Three veterans of the War of 1812, John D. Clarke, Mayhew D. Mott, and Jacob A. Raught, are also buried here in the Winchester Township Cemetery.

NOTE (August 25, 2012): This marker is in the middle of miles of cornfields. The only parking is to carefully maneuver along the side of the road to avoid getting stuck in a ditch. The cemetery is in great disrepair -- several markers have fallen over, others are illegible. I never did find John D. Clarke, Mayhew D. Mott or Jacob A. Raught, but I did find one Damon Brightman (see below). 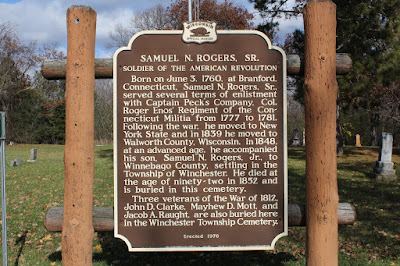 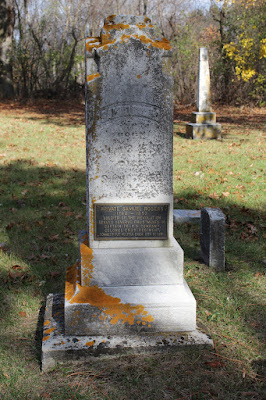 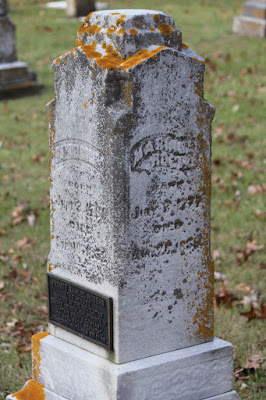 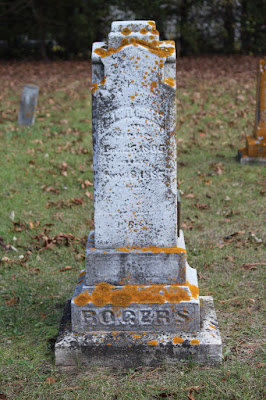 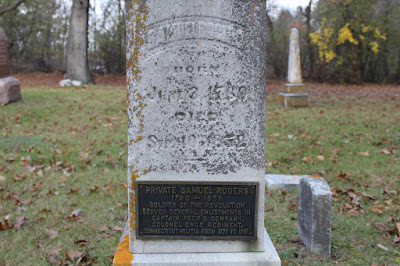 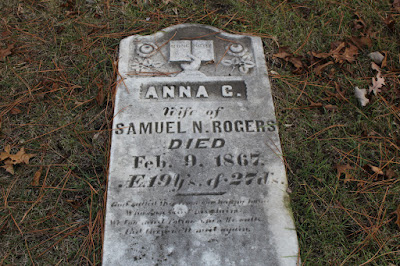 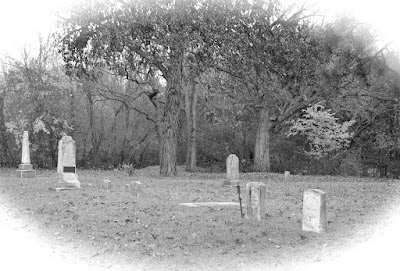 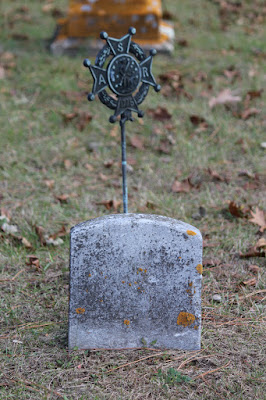 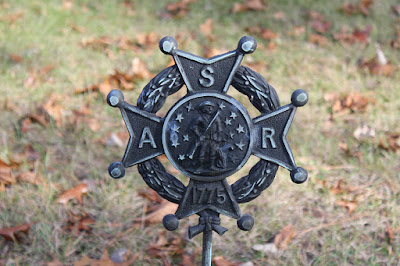 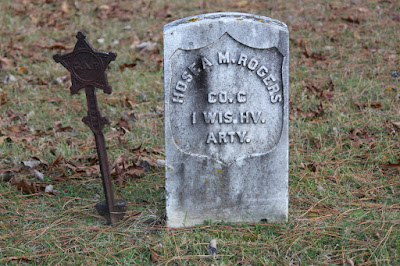 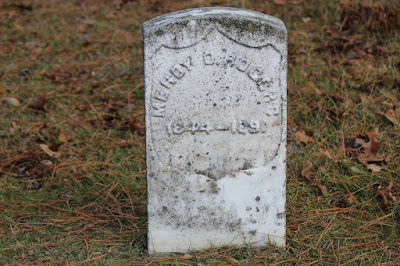 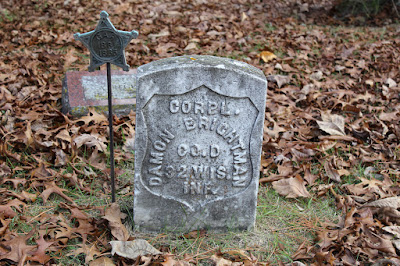 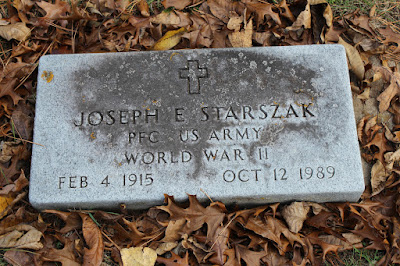 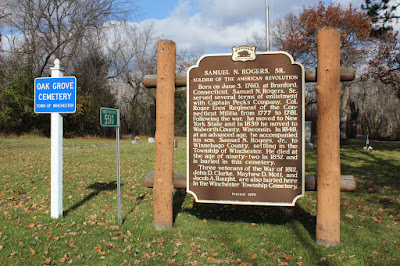 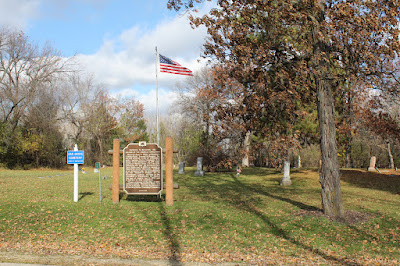