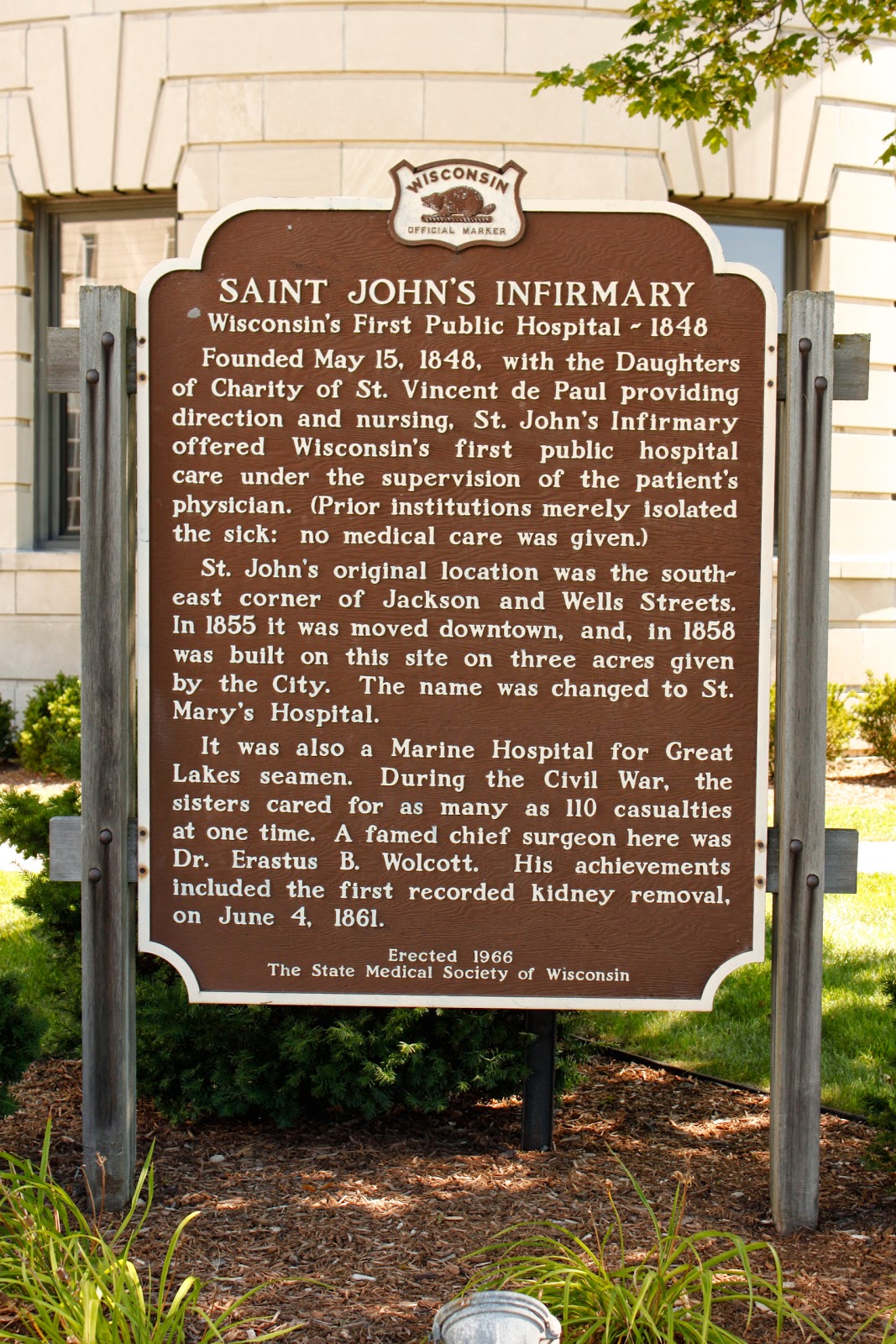 Founded May 15, 1848, with the Daughters of Charity of St. Vincent de Paul providing direction and nursing, St. John’s Infirmary offered Wisconsin’s first public hospital care under the supervision of the patient’s physician. (Prior institutions merely isolated the sick: no medical care was given.)

St. John’s original location was the southeast corner of Jackson and Wells Streets. In 1855 it was moved downtown, and, in 1858 was built on this site on three acres given by the City. The name was changed to St. Mary’s Hospital.

It was also a Marine Hospital for Great Lakes seamen. During the Civil War, the sisters cared for as many as 110 casualties at one time. A famed chief surgeon here was Dr. Erastus B. Wolcott. His achievements included the first recorded kidney removal on June 4, 1861.

The marker is located on southbound North Lake Drive, on the northwest corner of its intersection with East North Avenue, on the grounds of St. John's Infirmary, Milwaukee, Wisconsin 53211.

This is a lovely location, across from North Point Park and a gorgeous view of Lake Michigan. 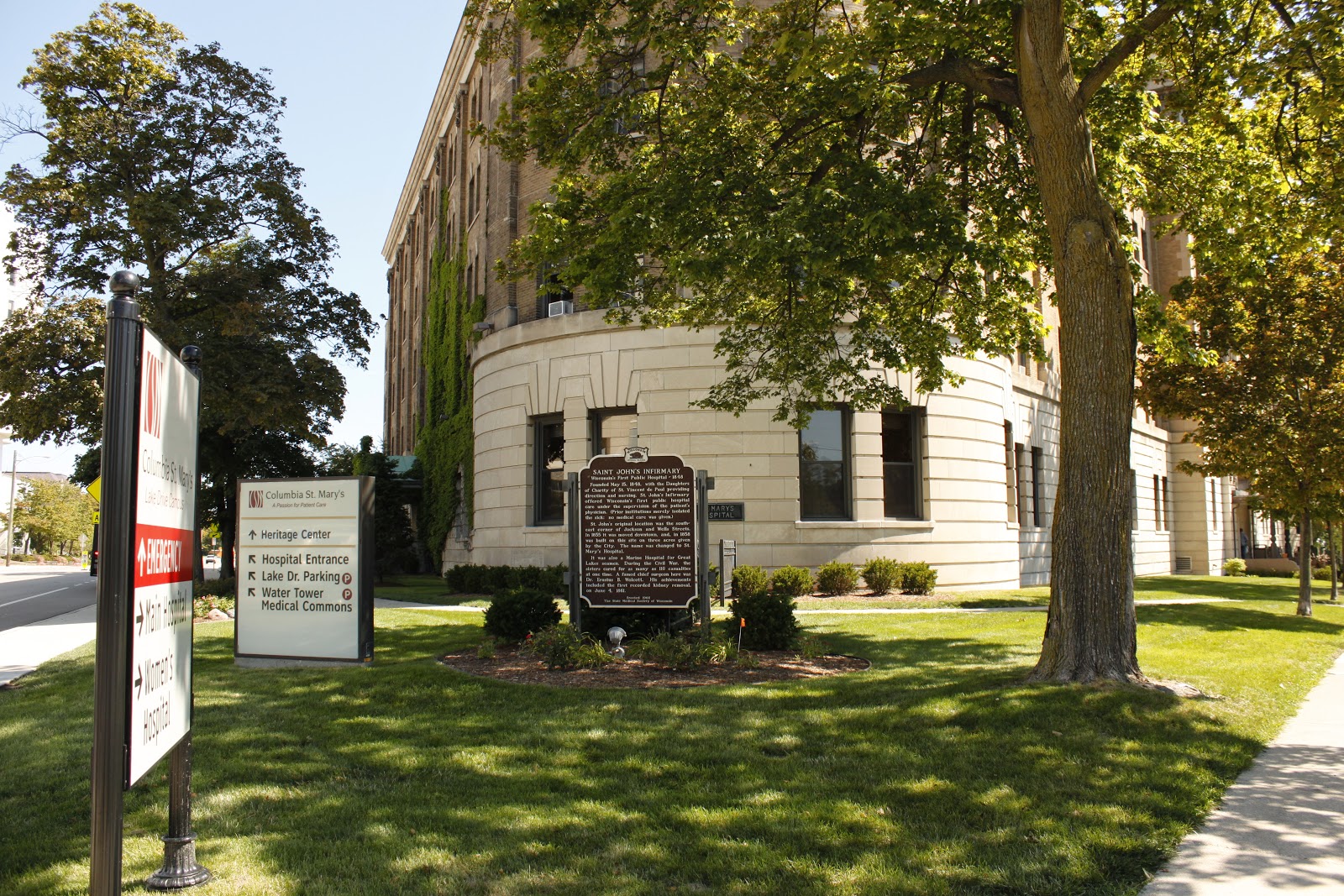 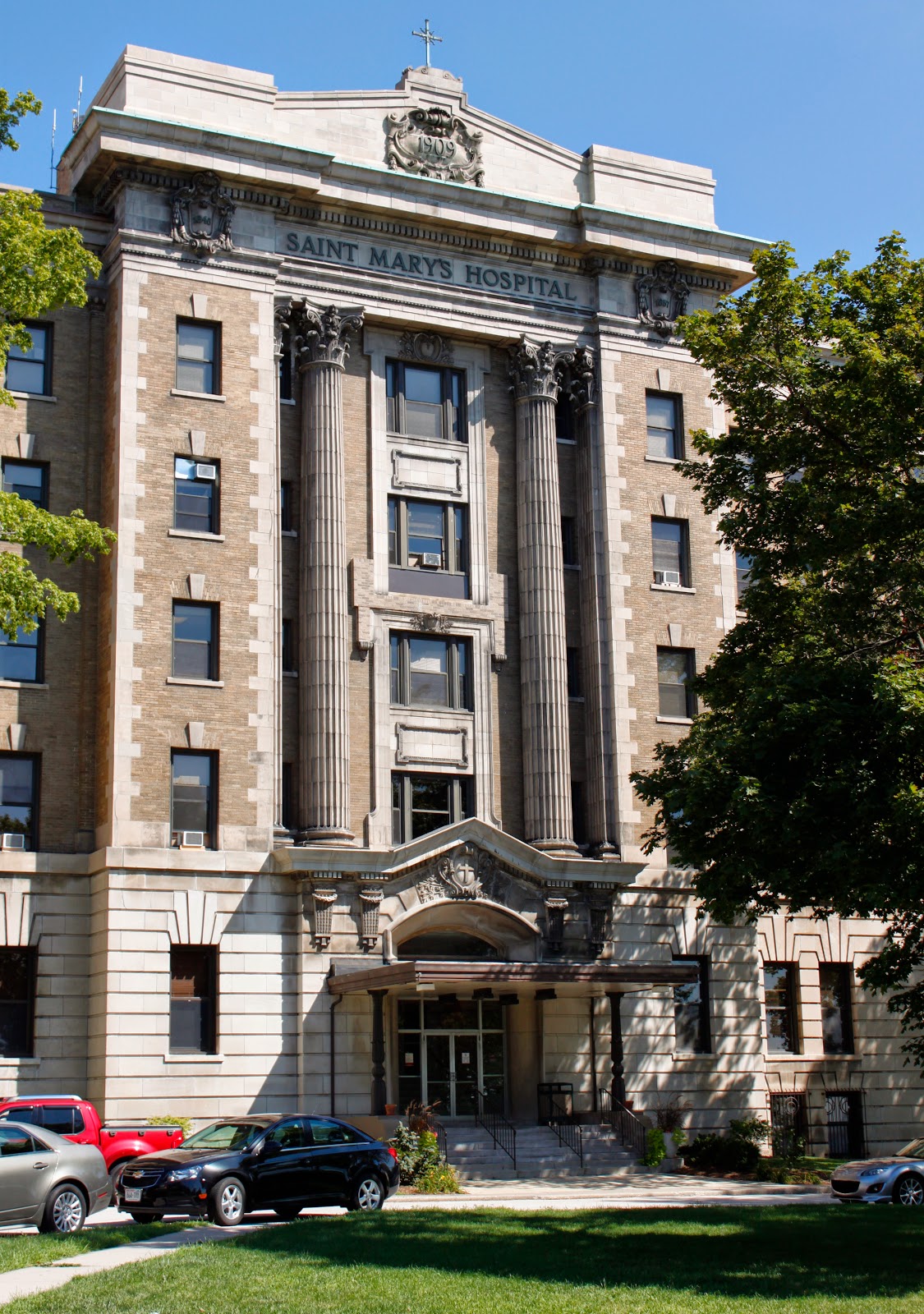 The entrance to the hospital, on North Lake Drive. 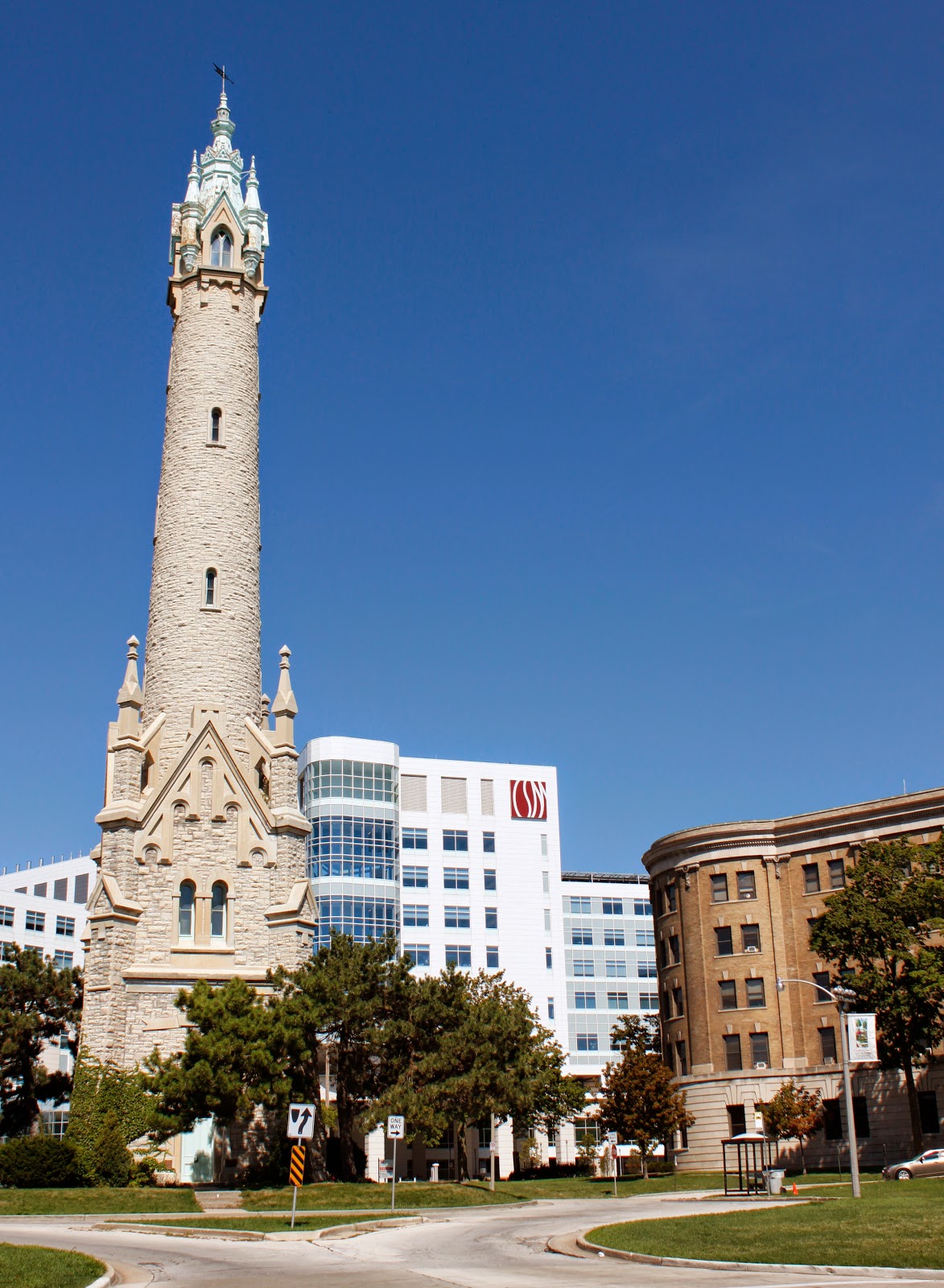