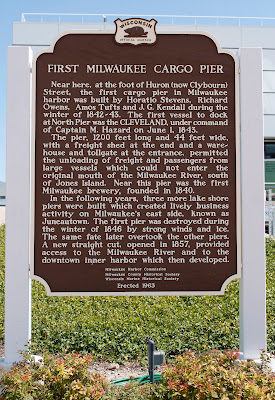 Near here, at the foot of Huron (now Clybourn) Street, the first cargo pier in Milwaukee harbor was built by Horatio Stevens, Richard Owens, Amos Tufts and J.G. Kendall during the winter of 1842-43. The first vessel to dock at North Pier was the CLEVELAND, under command of Captain M. Hazard on June 1, 1843.

The pier, 1200 feet long and 44 feet wide, with a freight shed at the end and a warehouse and tollgate at the entrance, permitted the unloading of freight and passengers from large vessels which could not enter the original mouth of the Milwaukee River, south of Jones Island. Near this pier was the first Milwaukee brewery, founded in 1840.

In the following years, three more lake shore piers were built which created lively business activity on Milwaukee east side, known as Juneautown. The first pier was destroyed during the winter of 1846 by strong winds and ice. The same fate later overtook the other piers. A new straight cut, opened in 1857, provided access to the Milwaukee River and to the downtown inner harbor which then developed.

The marker is located in front of Discovery World on northbound North Harbor Drive close to where it dead-ends on the Lake Michigan shoreline, near 500 North Harbor Drive, Milwaukee, Wisconsin 53202.
A person could spend an entire day in this area. There's Discovery World and the Milwaukee Art Museum (with its opening/closing wings). There's a park with artwork. The skyline is amazing. It's all in a harbor on Lake Michigan, with a view of the Milwaukee Breakwater Lighthouse. There was a tall ship in the harbor on the day we visited. Just an amazing place! Gotta go back! 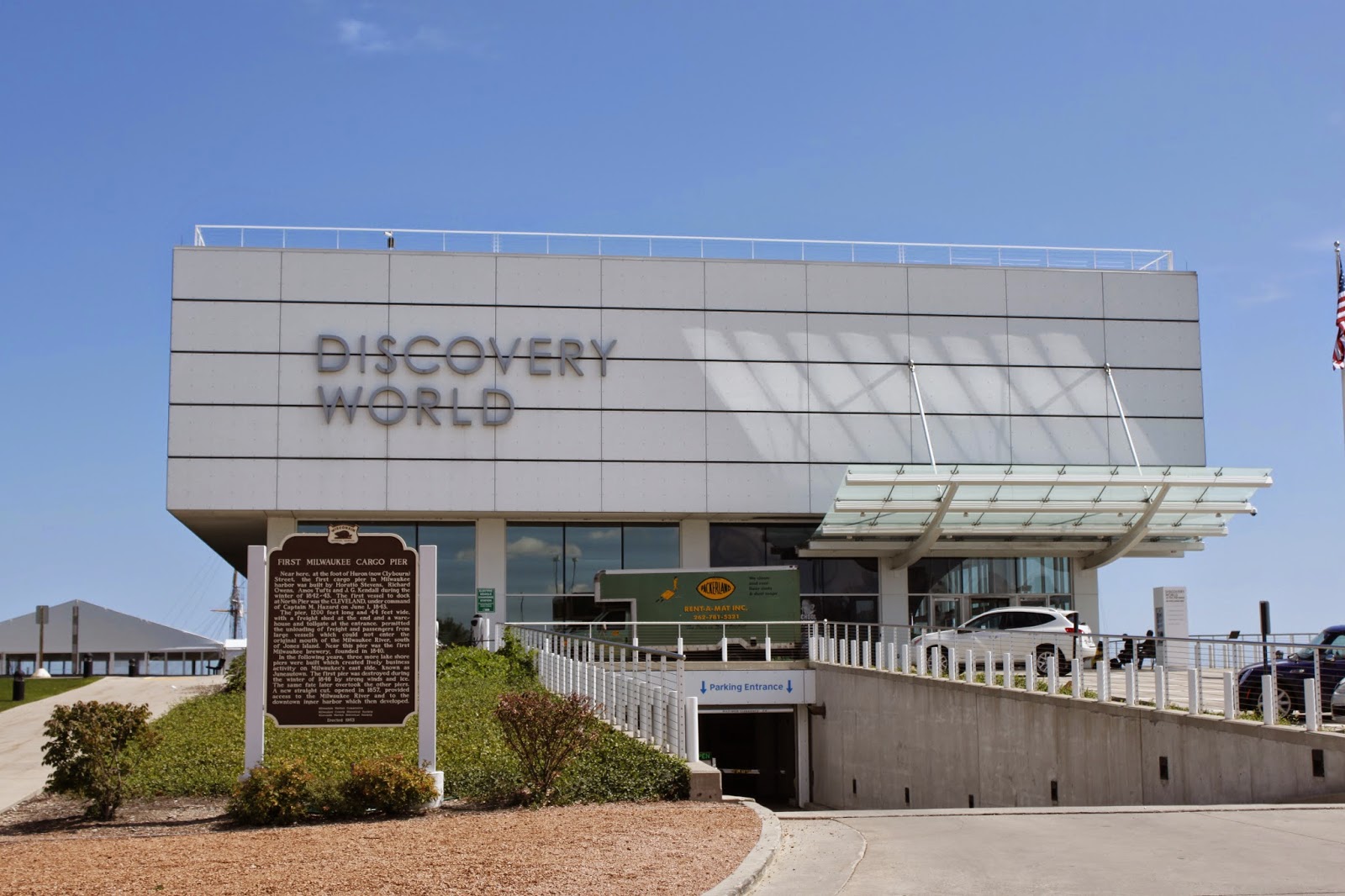 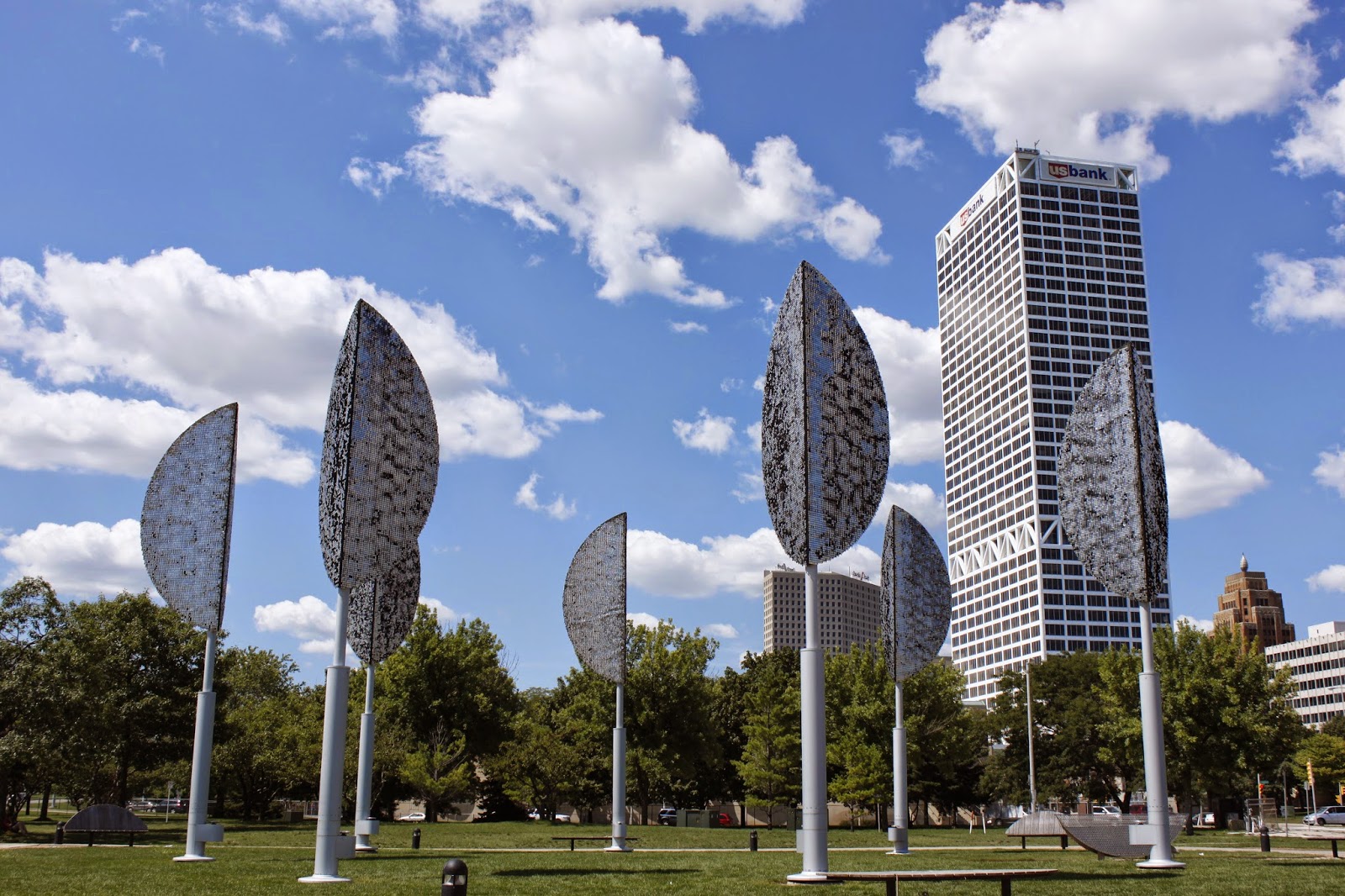 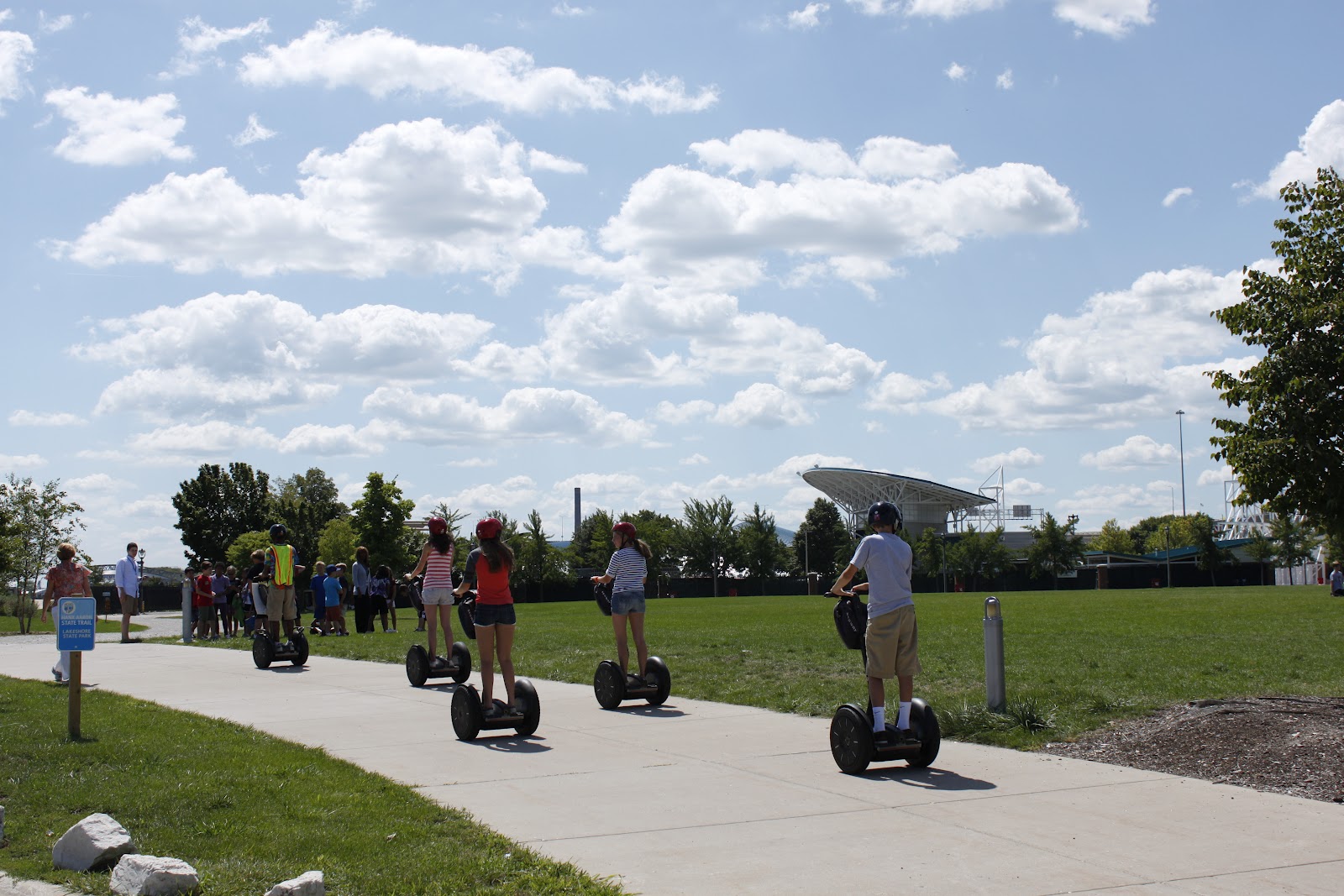 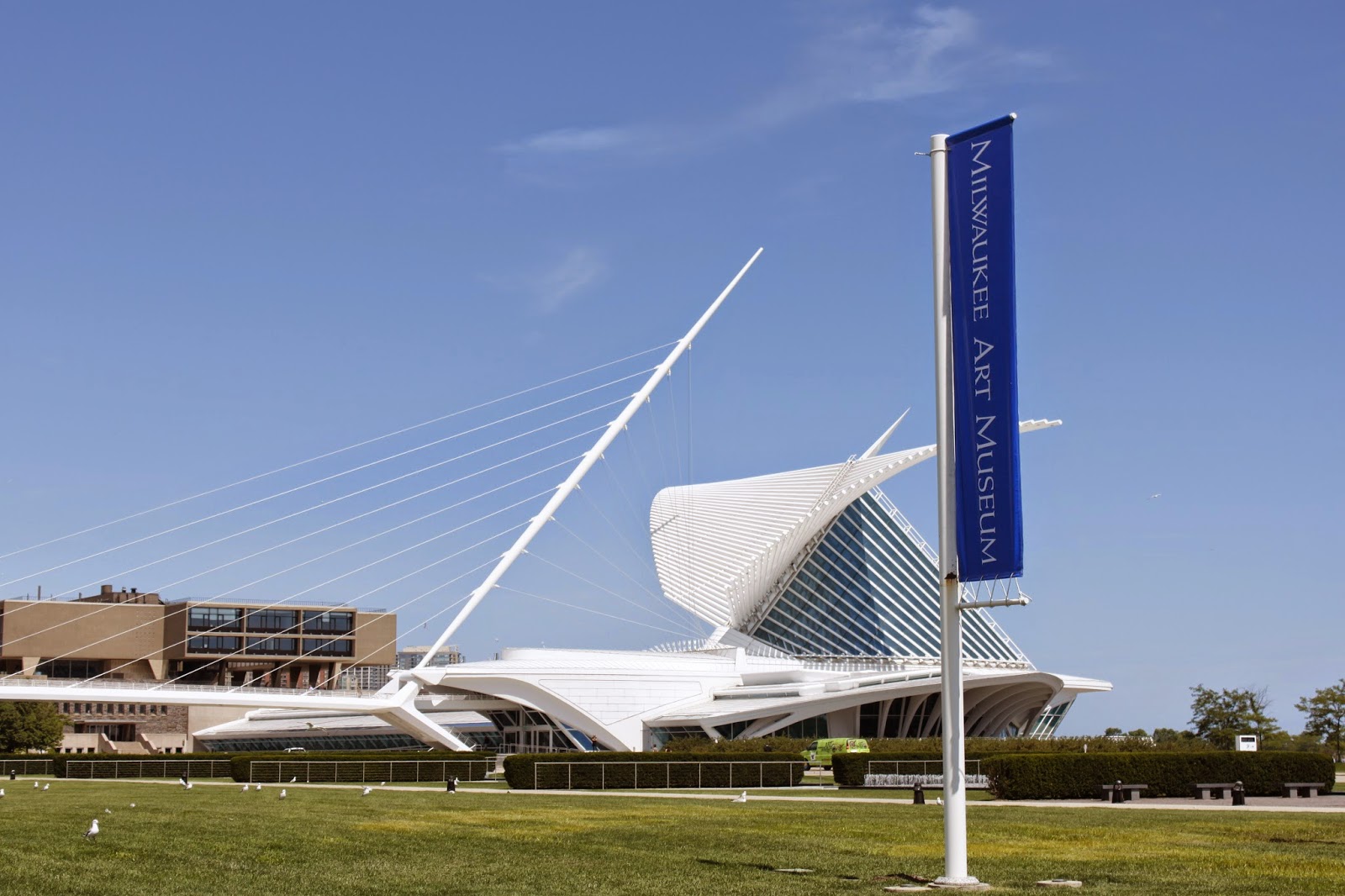 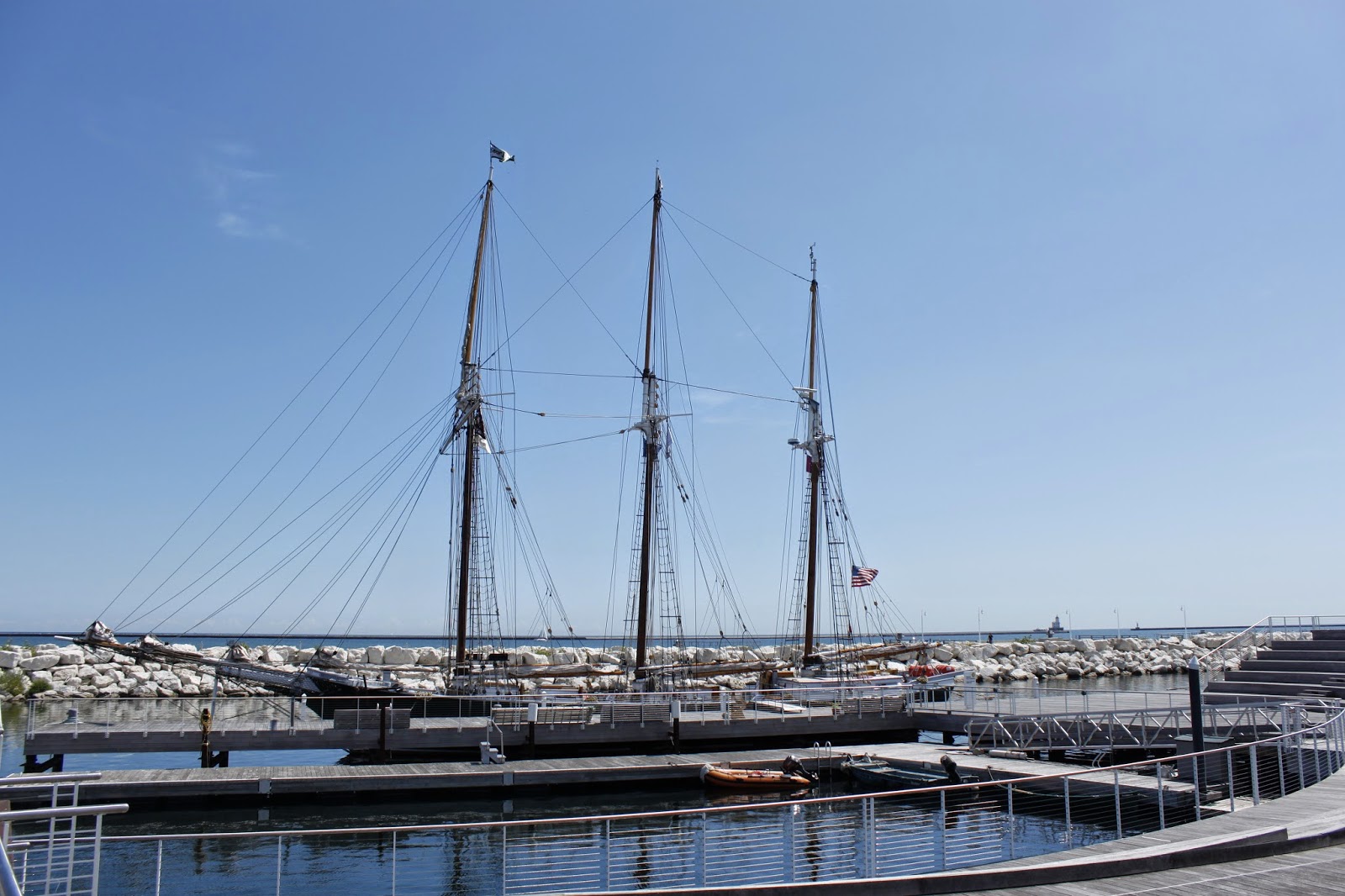 Visiting tall ship in the harbor . . . 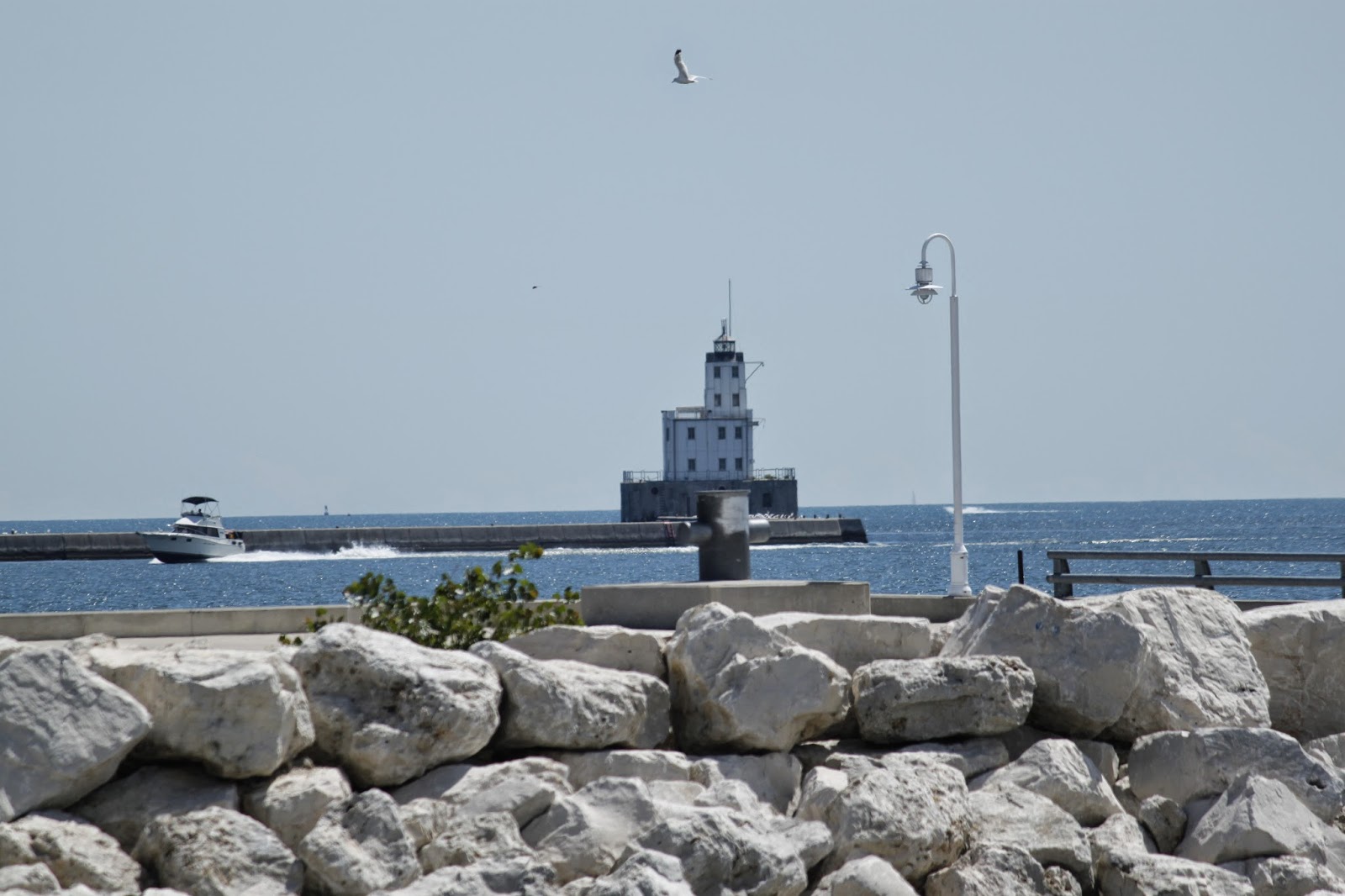 The Milwaukee Breakwater Lighthouse in the distance.