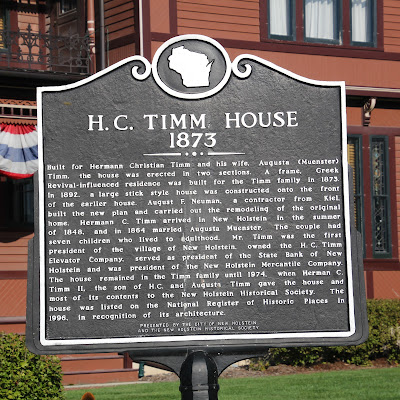 Built for Hermann Christian Timm and his wife, Augusta (Muenster) Timm, the house was erected in two sections. A frame, Greek Revival-influenced residence was built for the Timm family in 1873. In 1892, a large stick style house was constructed onto the front of the earlier house. August F. Neuman, a contractor from Kiel, built the new plan and carried out the remodeling of the original home. Herman C. Timm arrived in New Holstein in the summer of 1848, and in 1864 married Augusta Muenster. The couple had seven children who lived to adulthood. Mr. Timm was the first president of the village of New Holstein, owned the H. C. Timm Elevator Company, served as president of the State Bank of New Holstein and was president of the New Holstein Mercantile Company. The house remained in the Timm family until 1974, when Herman C. Timm II, the son of H.C. and Augusta Timm gave the house and most of its contents to the New Holstein Historical Society. The house was listed on the National Register of Historic Places in 1996, in recognition of its architecture.

The marker and house are located on Wisconsin Avenue / Wisconsin Highway 33 / 57 / County  Road X, at its intersection with Railroad Street, at 1600 Wisconsin Ave, New Holstein, WI 53061.


NOTE: On Saturday, November 8, 2014, I drove one hour from my home to the Timm House for a tour at a time the website stated the house would be open. After standing outside for half an hour in nearly freezing temperatures, and checking all the entrances for some indication as to the hours (there was absolutely nothing posted anywhere), it was finally determined from a telephone conversation with the Historical Society Vice President that the Timm House is closed for the month of November (even though the website indicated in several places that the house is open). Therefore, be sure you call ahead before heading out for a tour at the Timm House; don't trust what you read on their website!

The house is listed on the National Register of Historic Places: Wisconsin. 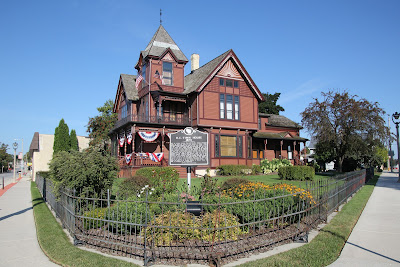 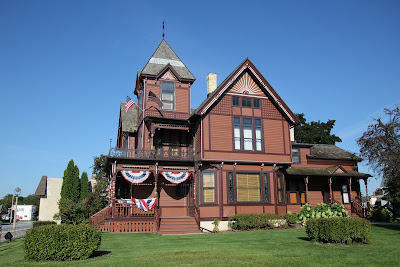 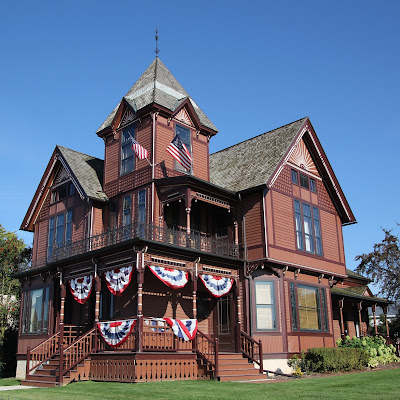 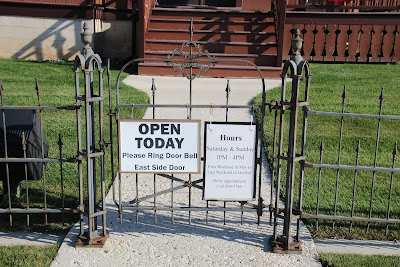 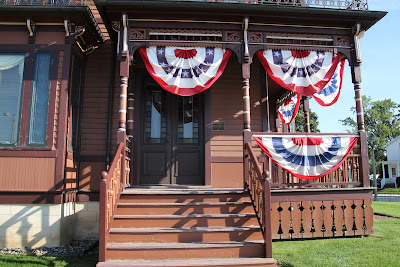 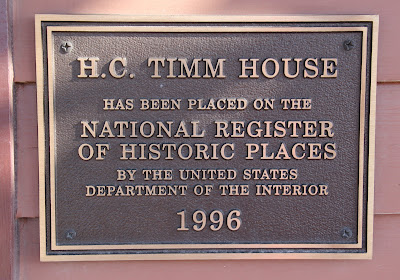 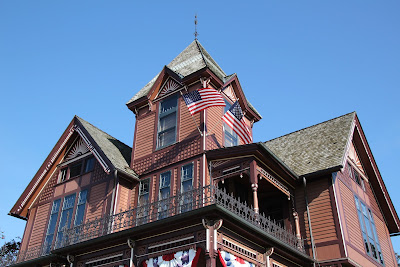 I love this!!! Includes a nice history of the family.

First visit in 2012;
some things were different: 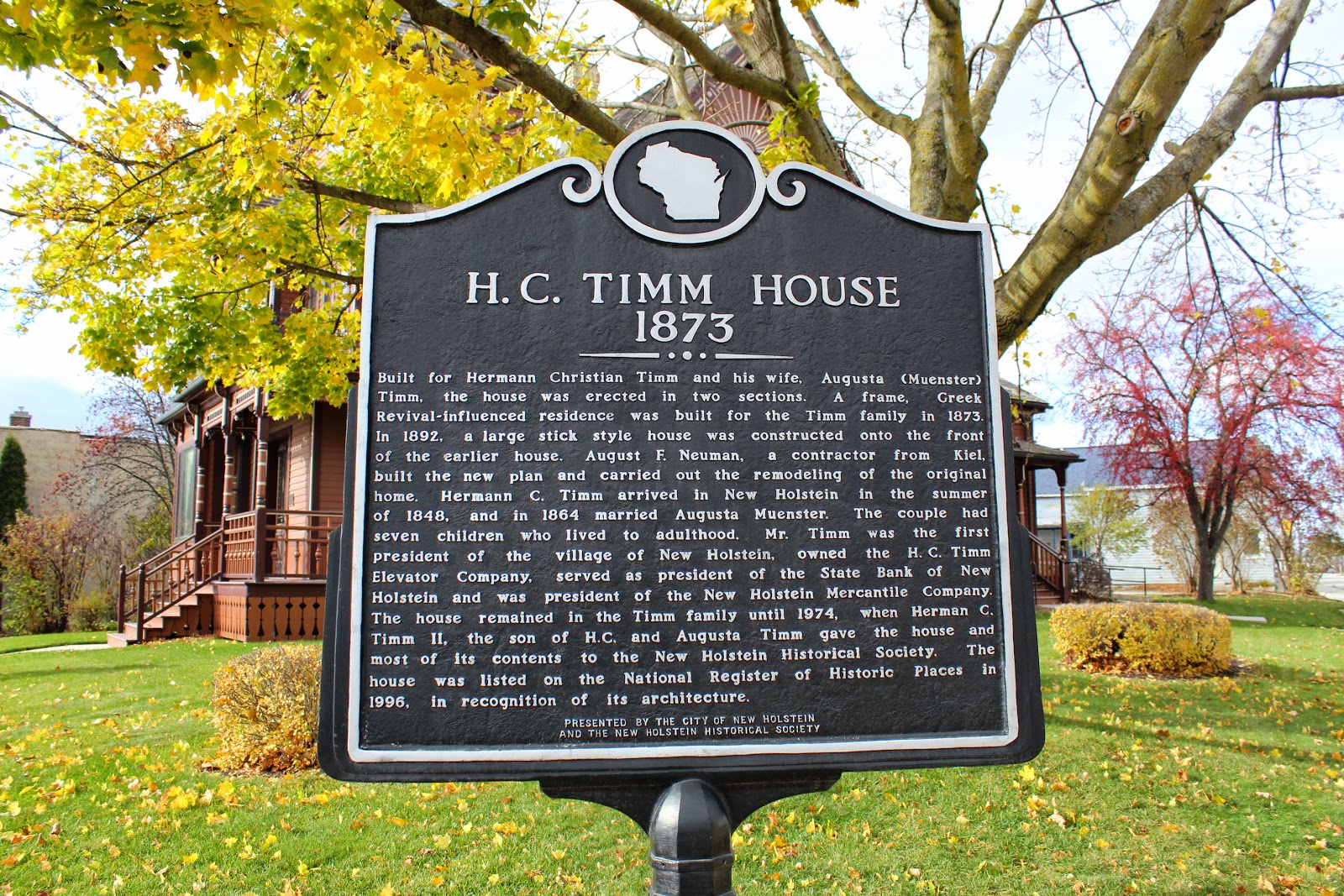 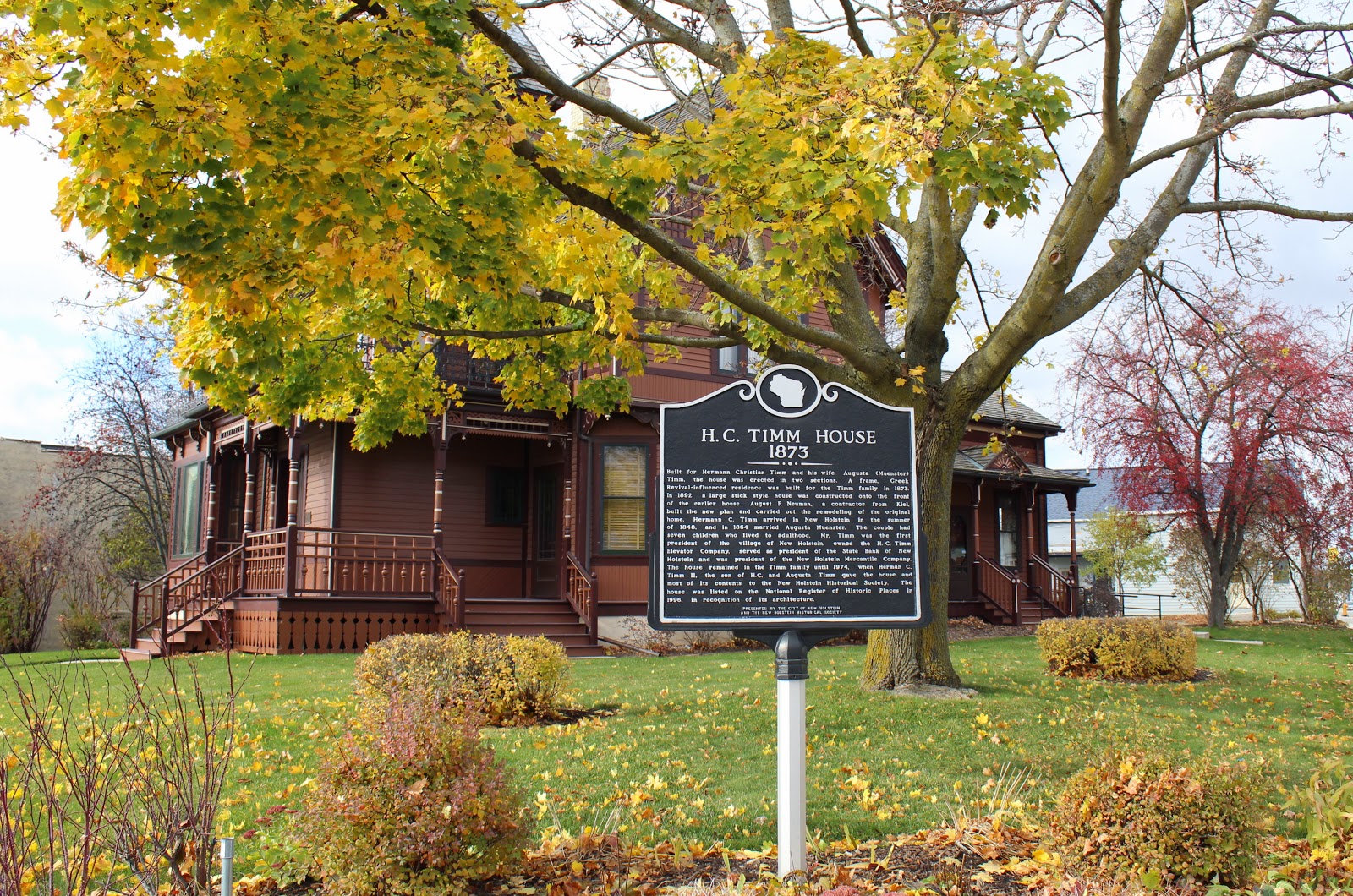 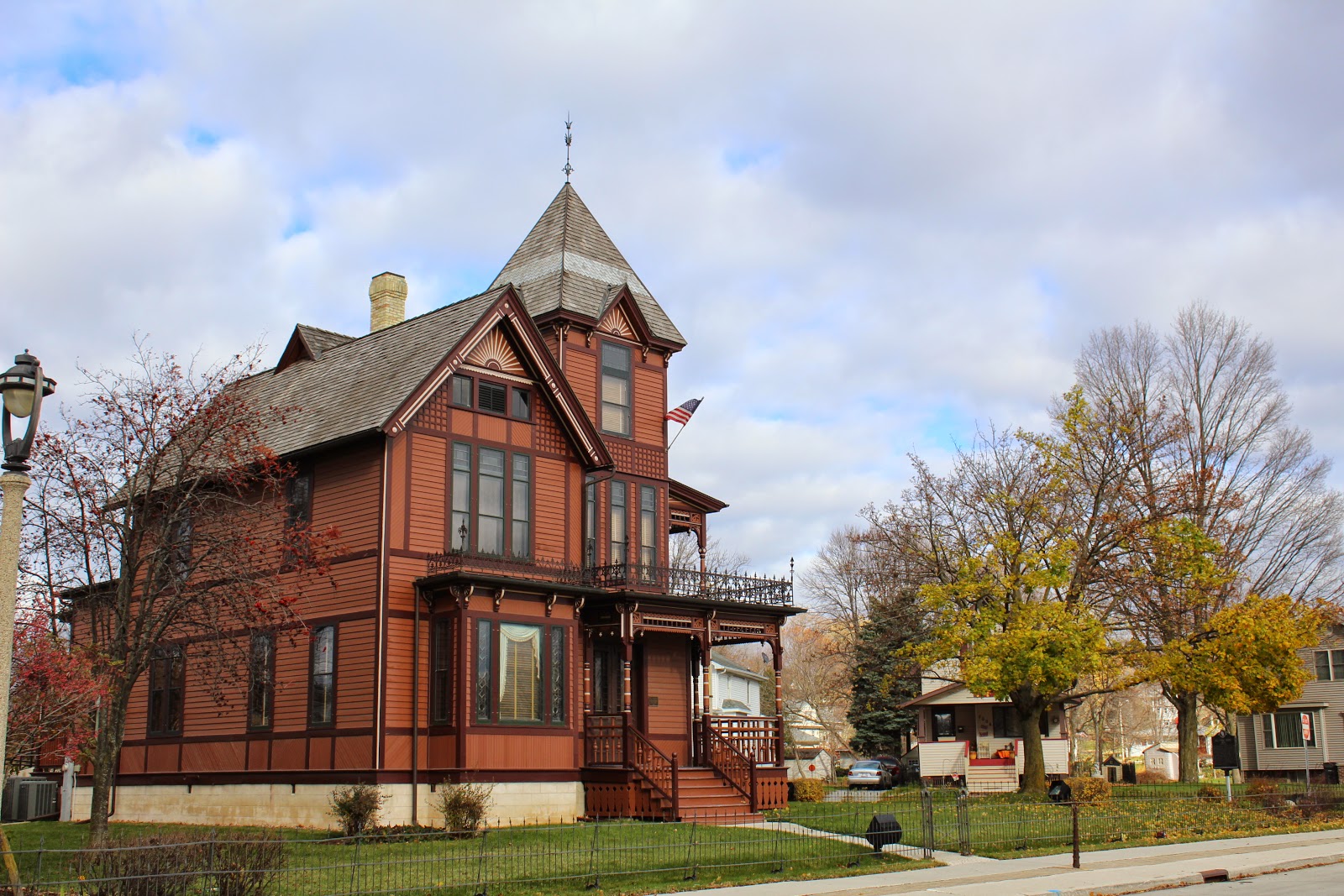 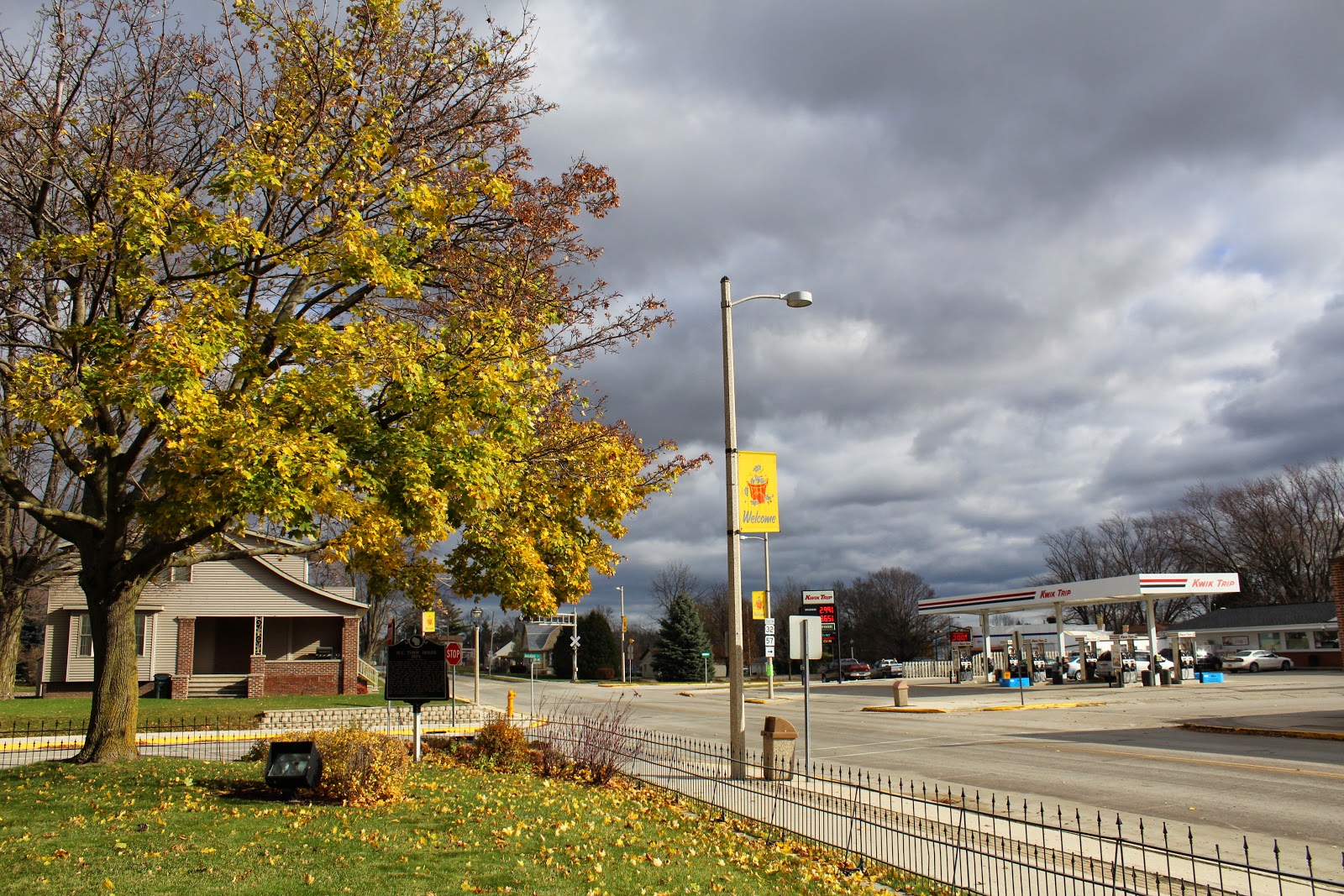 View towards westbound Wisconsin Avenue
(the marker is visible center left, beneath the tree).
The Timm House is located in New Holstein, Wisconsin.