Birthplace of the Department of Wisconsin American Legion 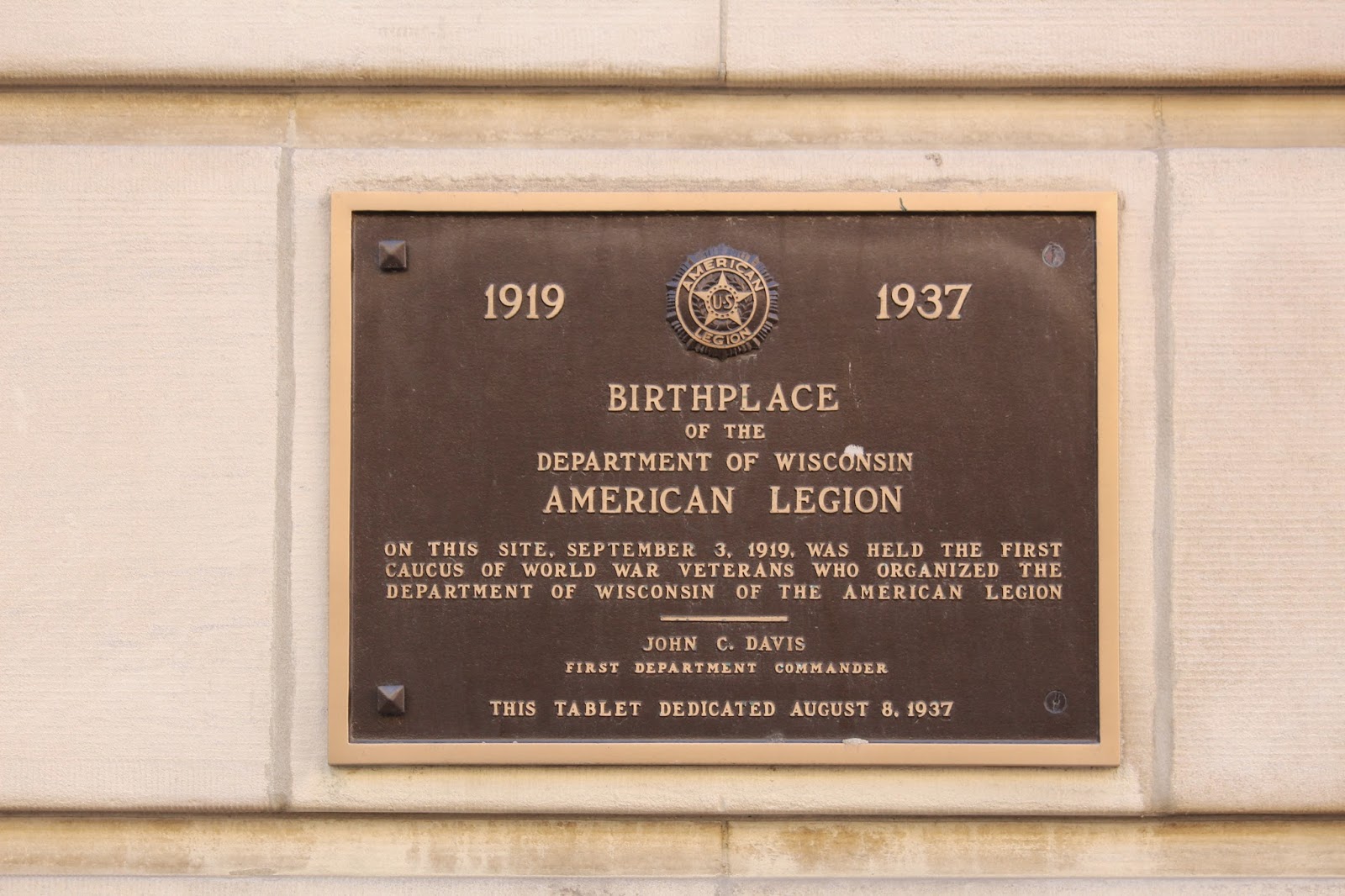 BIRTHPLACE
of the
DEPARTMENT OF WISCONSIN
AMERICAN LEGION

On this site, September 3, 1919, was held the first caucus of World War veterans who organized the Department of Wisconsin of the American Legion

The marker is located on eastbound West Michigan Street, just east of its intersection with North 3rd Street, mounted to the facade and to the right of the entrance to the Public Service Building located at 211 W. Michigan Street, Milwaukee, Wisconsin 53203.

The American Legion Department of Wisconsin 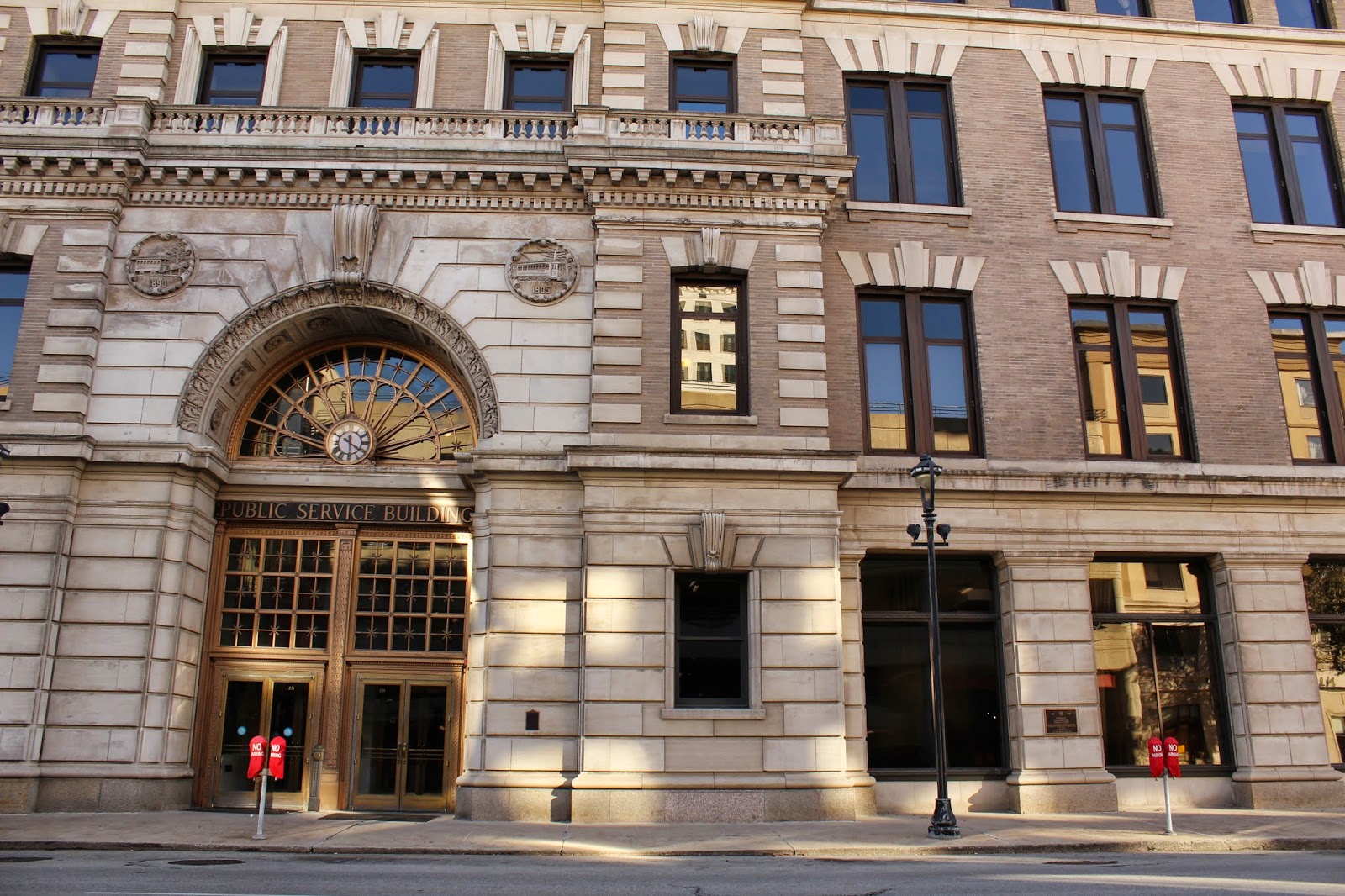 The marker is located on the pillar between the windows
to the right of the entrance. 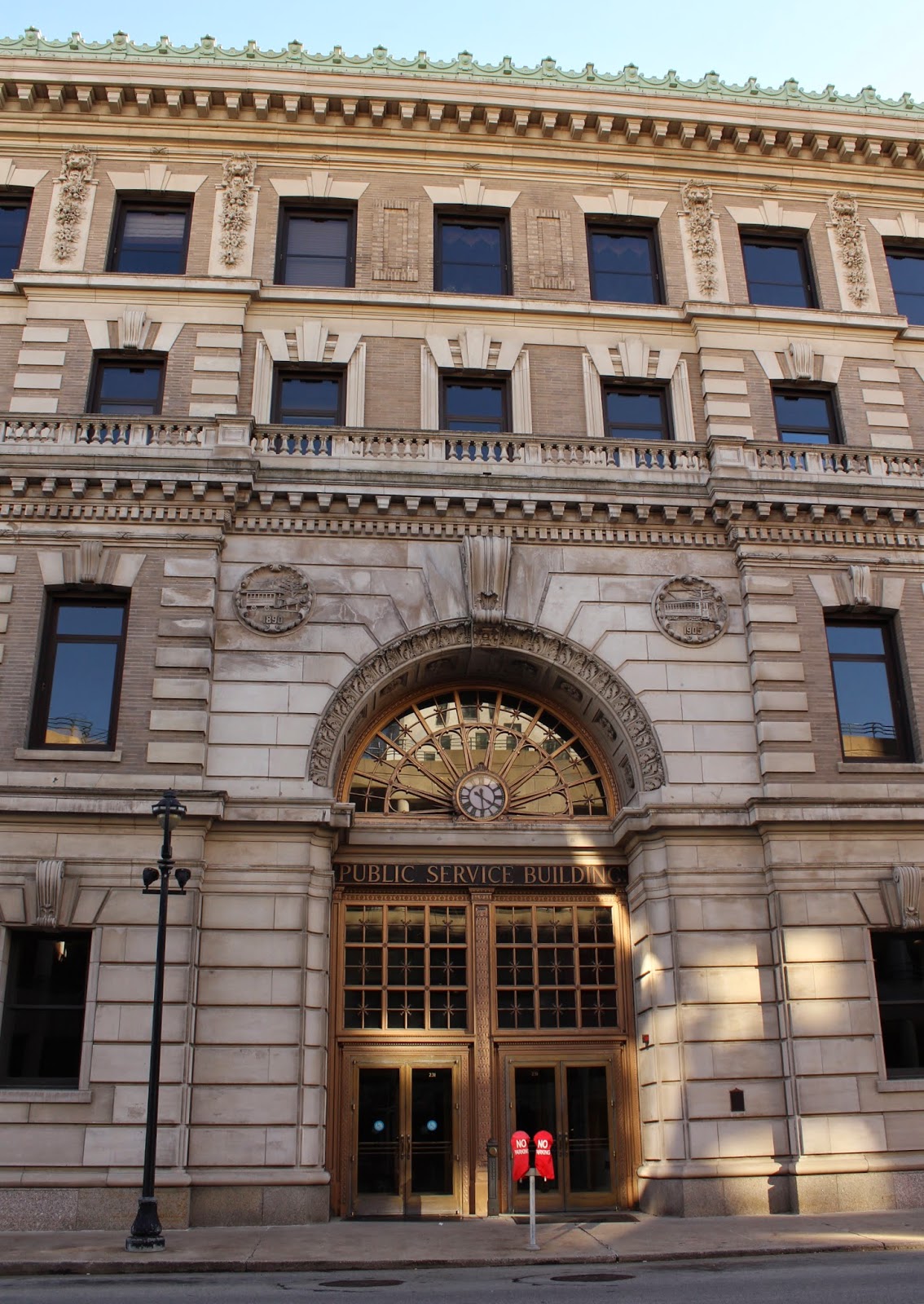 The marker is located at the historic Public Service Building.