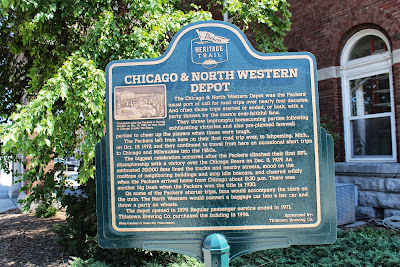 The Chicago & North Western Depot was the Packer's usual port of call for road trips over nearly four decades. And often those trips started or ended, or both, with a party thrown by the team's ever-faithful fans.

They threw impromptu homecoming parties following exhilarating victories and also pre-planned farewell parties to cheer up the players when times were tough.

The Packers left from here on their first road trip ever, to Ishpeming, Mich., on Oct. 19, 1919, and they continued to travel from here on occasional short trips to Chicago and Milwaukee into the 1960s.

The biggest celebration occurred after the Packers clinched their first NFL championship with a victory over the Chicago Bears on Dec. 8, 1929. An estimated 20,000 fans lined the tracks and nearby streets, stood on the rooftops of neighboring buildings and atop idle boxcars, and cheered wildly when the Packers arrived home from Chicago about 8:30 p.m. There was another big bash when the Packers won the title in 1930.

On some of the Packers' shorter trips, fans would accompany the team on the train. The North Western would convert a baggage car into a bar car and throw a party on wheels.

The depot opened in 1899. Regular passenger service ended in 1971. Titletown Brewing Co. purchased the building in 1996.


The marker is on the grounds of Titletown Brewery, 200 Dousman Street, Green Bay, Wisconsin 54301. 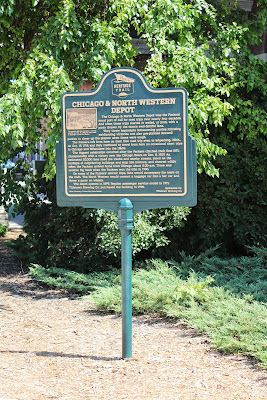 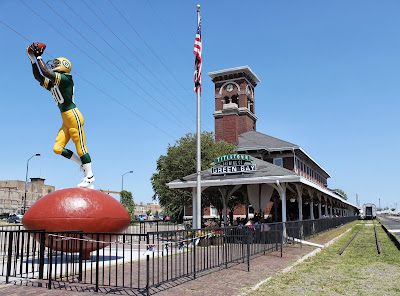 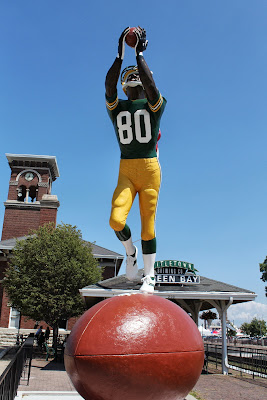 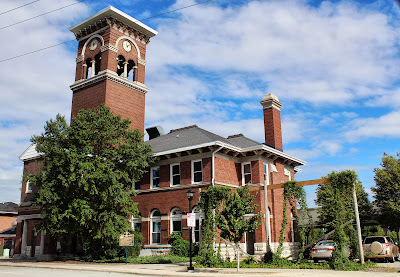 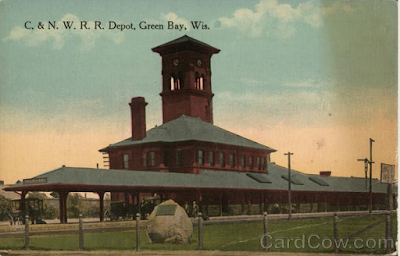 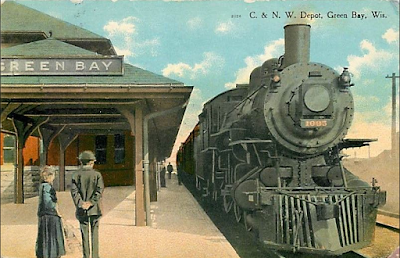