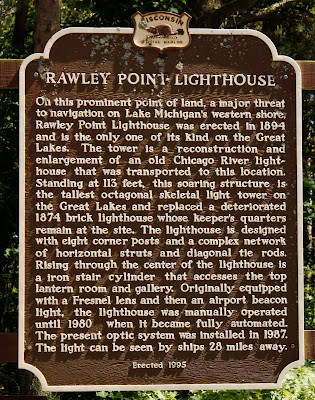 On this prominent point of land, a major threat to navigation on Lake Michigan's western shore, Rawley Point Lighthouse was erected in 1894 and is the only one of its kind on the Great Lakes. The tower is a reconstruction and enlargement of an old Chicago River lighthouse that was transported to this location. Standing at 113 feet, this soaring structure is the tallest octagonal skeletal light tower on the Great Lakes and replaced a deteriorated 1874 brick lighthouse whose keeper's quarters remain at the site. The lighthouse is designed with eight corner posts and a complex network of horizontal struts and diagonal tie rods. Rising through the center of the lighthouse is an iron stair cylinder that accesses the top lantern room and gallery. Originally equipped with a Fresnel lens and then an airport beacon light, the lighthouse was manually operated until 1980 when it became fully automated. The present optic system was installed in 1987. The light can be seen by ships 28 miles away. 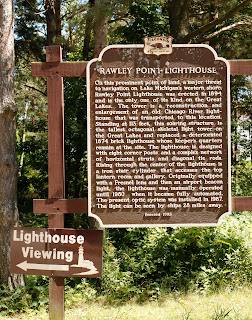 The marker is at the trailhead leading to the lighthouse. 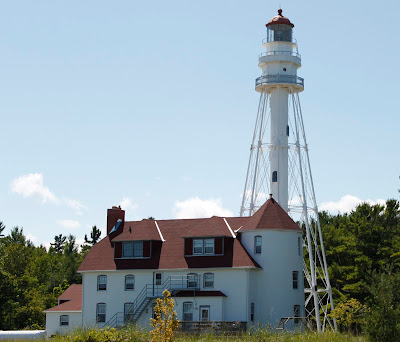 The back side of the living quarters, facing Lake Michigan. 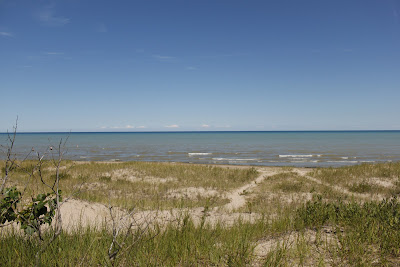 The view of Lake Michigan from the lighthouse property. 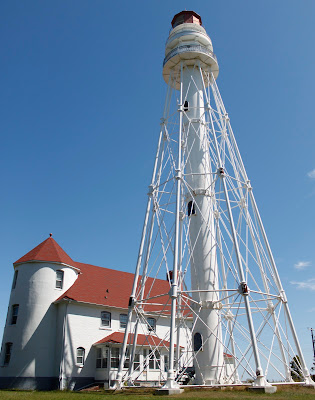 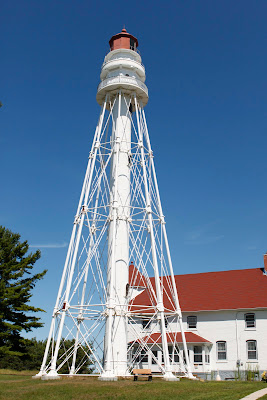 The "front" (park side) of the lighthouse. 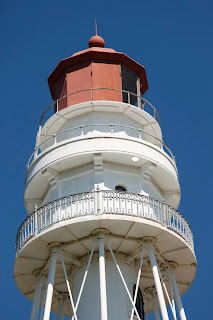