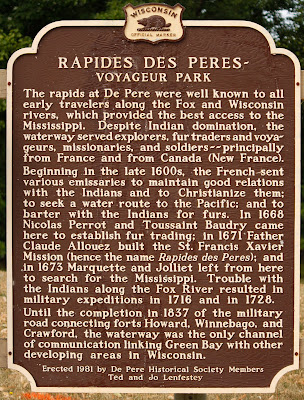 The rapids at De Pere were well known to all early travelers along the Fox and Wisconsin rivers, which provided the best access to the Mississippi. Despite Indian domination, the waterway served explorers, fur traders and voyageurs, missionaries, and soldiers -- principally from France and from Canada (New France).

Beginning in the late 1600s, the French sent various emissaries to maintain good relations with the Indians and to Christianize them; to seek a water route to the Pacific; and to barter with the Indians for furs. In 1668 Nicolas Perrot and Toussaint Baudry came here to establish fur trading; in 1671 Father Claude Allouez built the St. Francis Xavier Mission (hence the name Rapides des Peres); and in 1673 Marquette and Jolliet left from here to search for the Mississippi. Trouble with the Indians along the Fox River resulted in military expeditions in 1716 and in 1728.

Until the completion in 1837 of the military road connecting forts Howard, Winnebago, and Crawford, the waterway was the only channel of communication linking Green Bay with other developing areas in Wisconsin.

The marker is located inside Voyager Park. The entrance to Voyager Park is located at the intersection of William Street and North Front Street, De Pere, Wisconsin 54115. 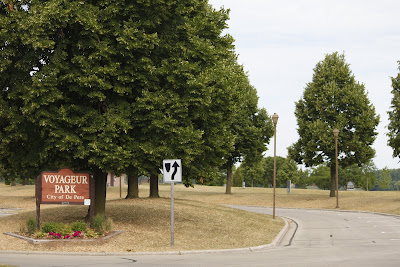 Entrance to the park; marker is at the end of driveway 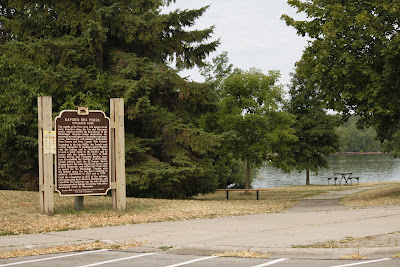 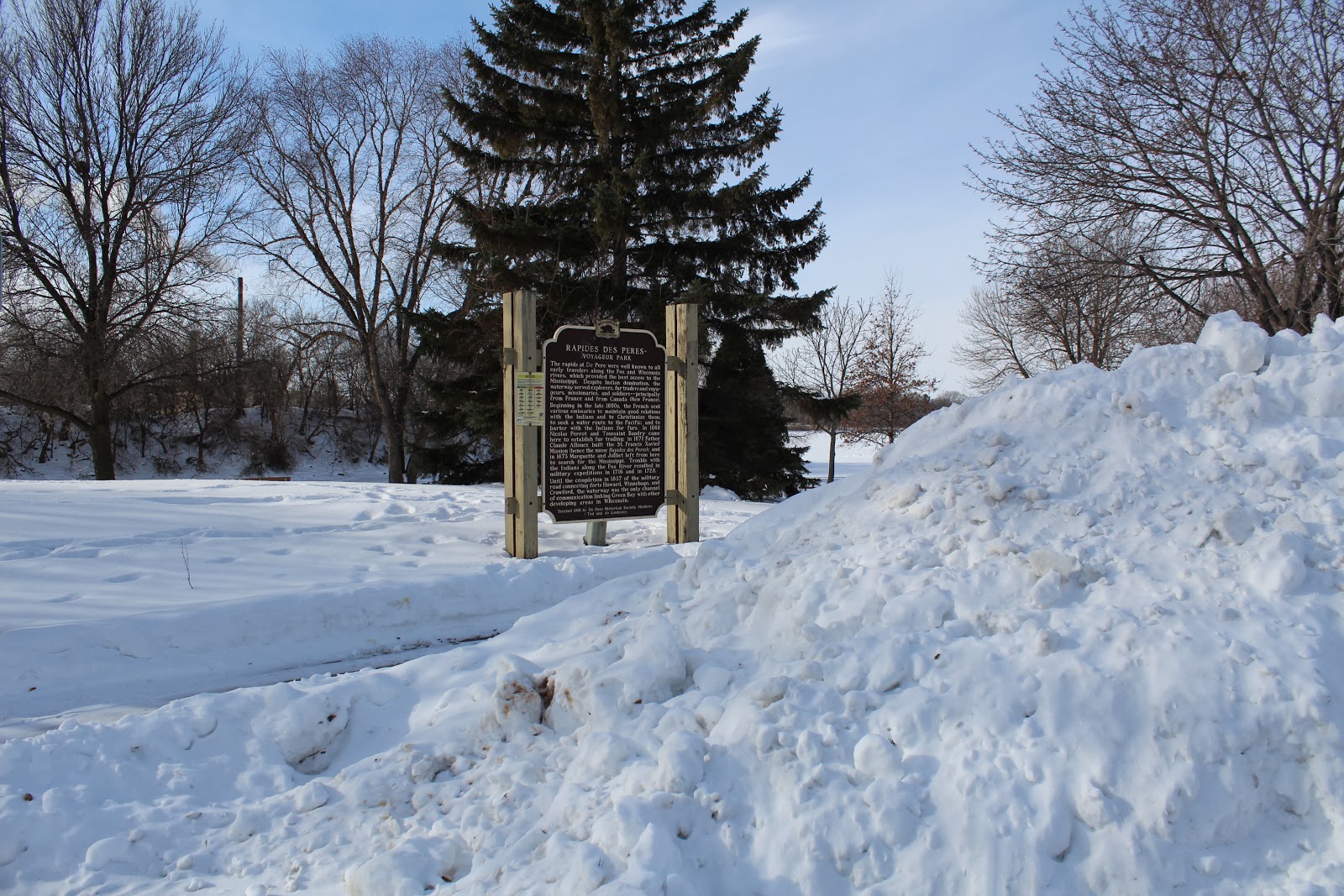 Record-low temps hovering around zero and loads of snow!
If you look closely, you can see the frozen solid,
snow-covered Fox River in the background. 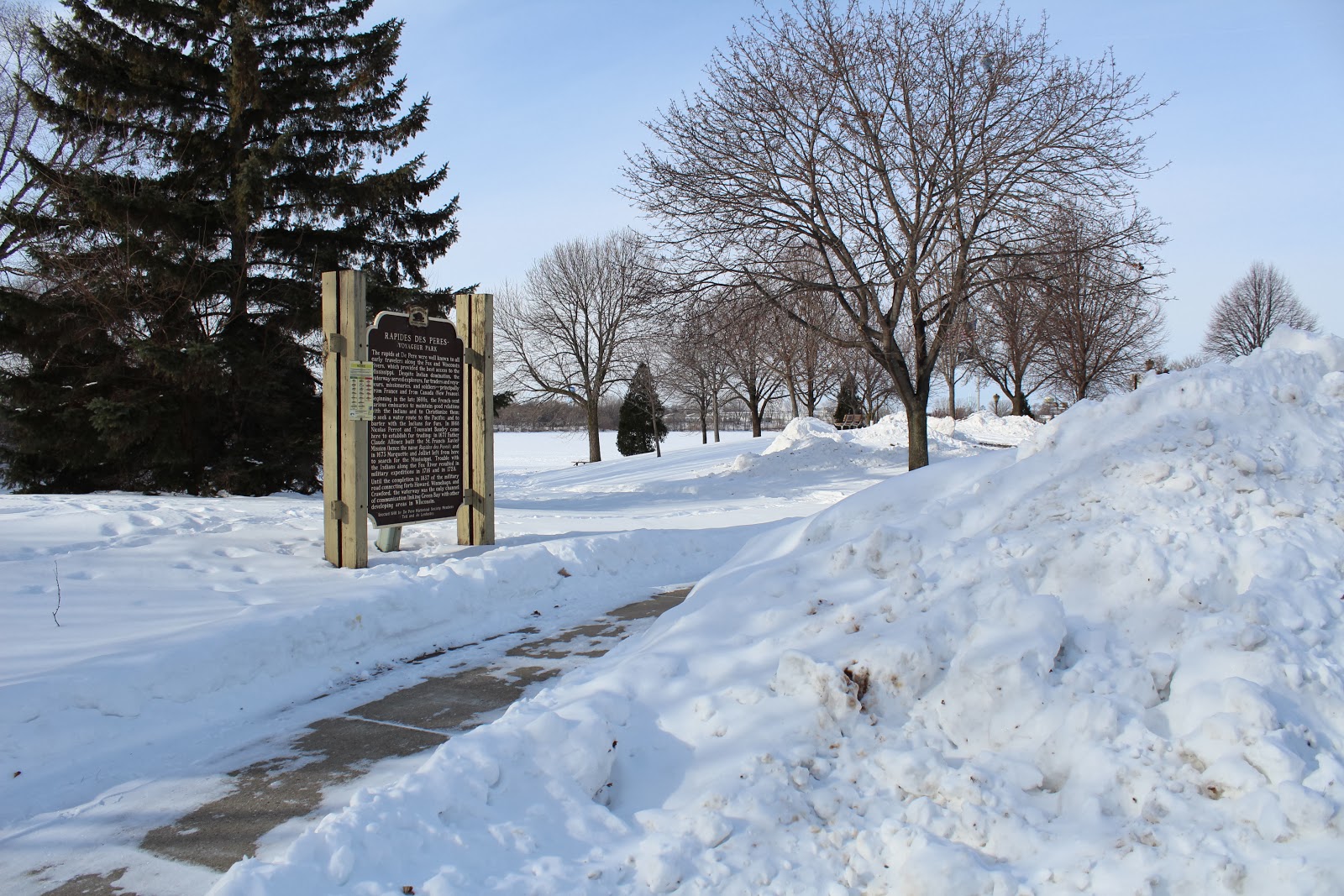