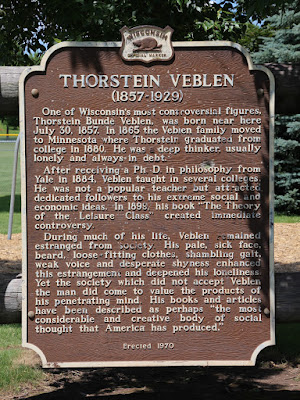 One of Wisconsin's most controversial figures, Thorstein Bunde Veblen, was born near here July 30, 1857. In 1865 the Veblen family moved to Minnesota where Thorstein graduated from college in 1880. He was a deep thinker, usually lonely and always in debt.

After receiving a Ph.D. in philosophy from Yale in 1884, Veblen taught in several colleges. He was not a popular teacher but attracted dedi­cated followers to his extreme social and economic ideas. In 1899, his book "The Theory of the Leisure Class" created immediate controversy.

During much of his life, Veblen remained estranged from society. His pale, sick face, beard, loose-fitting clothes, shambling gait, weak voice and desperate shyness enhanced this estrange­ment and deepened his loneliness. Yet the society which did not accept Veblen the man did come to value the products of his penetrating mind. His books and arti­cles have been described as perhaps "the most considerable and creative body of social thought that America has produced."

Project Gutenberg's The Theory of the Leisure Class, by Thorstein Veblen
This eBook is for the use of anyone anywhere at no cost and with almost no restrictions whatsoever. You may copy it, give it away or re-use it under the terms of the Project Gutenberg License included with this eBook or online at www.gutenberg.org. 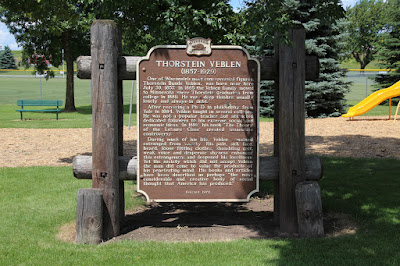 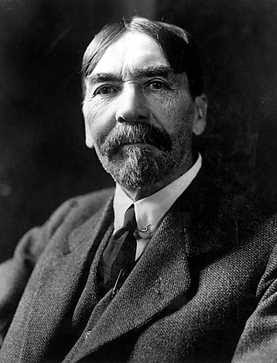 Photograph of American economist and sociologist Thorstein Veblen.
This media file is in the public domain;
Click here for more information. 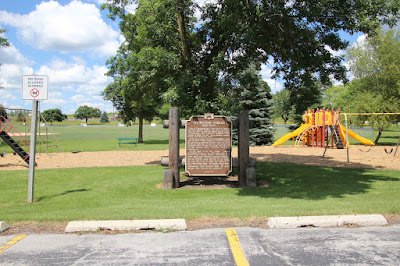 The marker is located next to the playground. 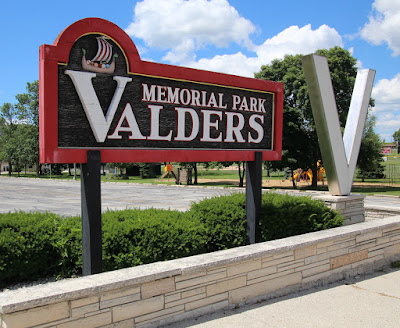 The marker (visible in the distance beneath the sign)
is located at Valders Memorial Park. 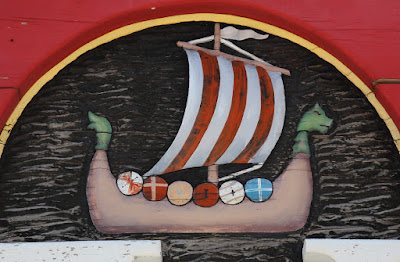 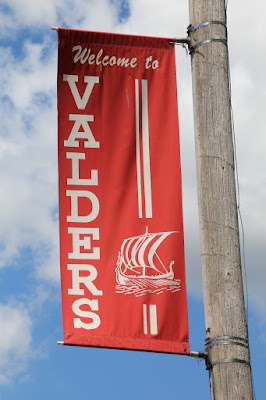 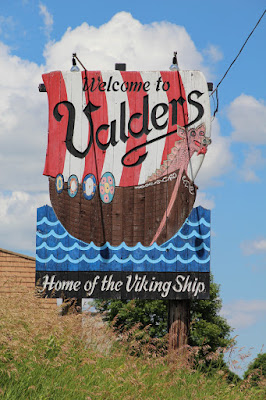 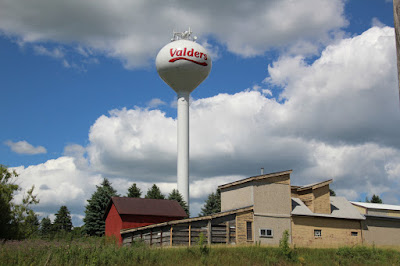 The marker is located in Valders, Wisconsin.