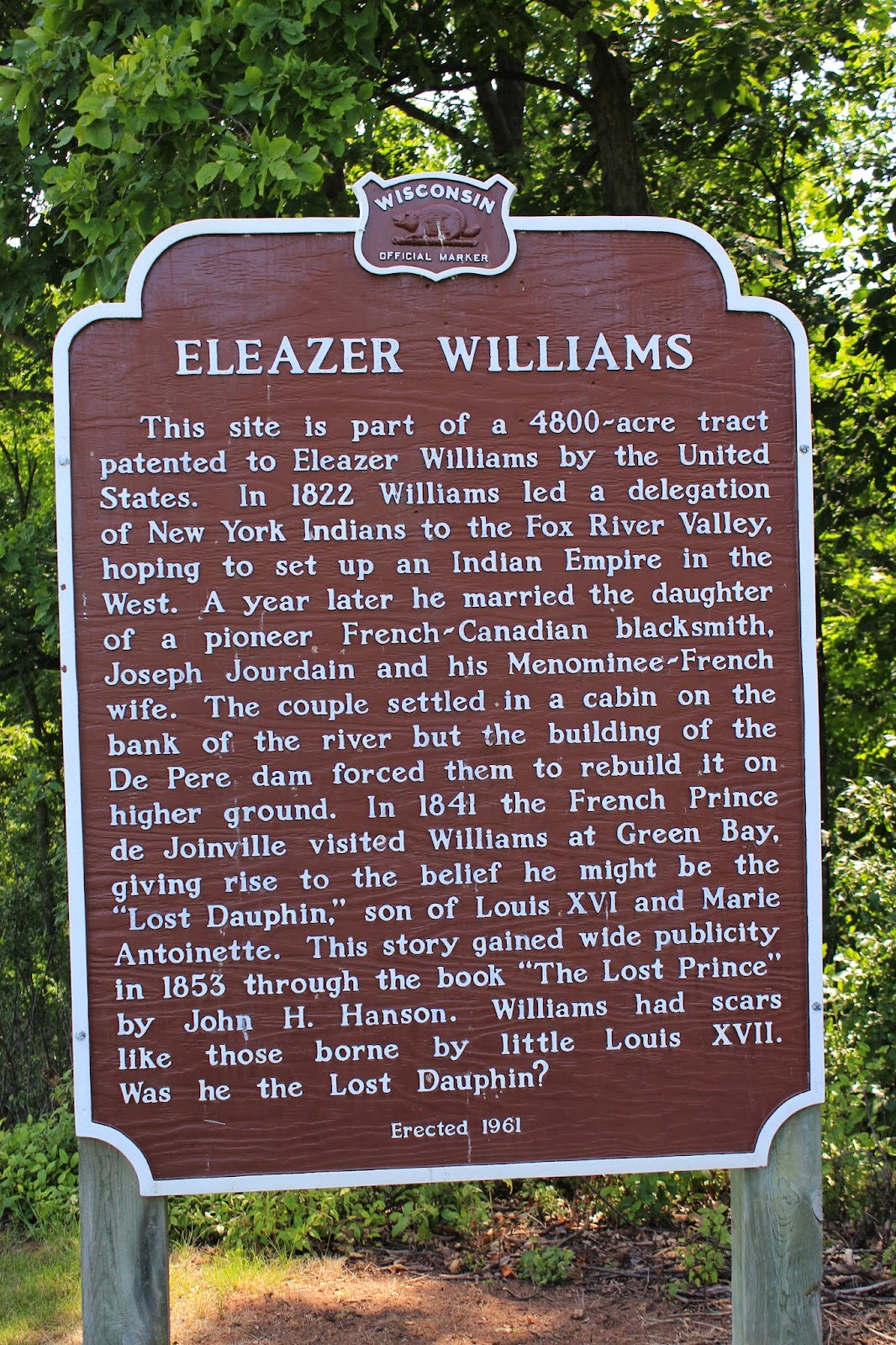 This site is part of a 4800-acre tract patented to Eleazer Williams by the United States. In 1882 Williams led a delegation of New York Indians to the Fox River Valley, hoping to set up an Indian Empire in the West. A year later he married the daughter of a pioneer French-Canadian blacksmith, Joseph Jourdain and his Menominee-French wife. The couple settled in a cabin on the bank of the river but the building of the De Pere dam forced them to rebuild it on higher ground. In 1841 the French Prince de Joinville visited Williams in Green Bay, giving rise to the belief that he might be the "Lost Dauphin", son of Louis XVI and Marie Antoinette. This story gained wide publicity in 1853 through the book "The Lost Prince" by John H. Hanson. Williams had scars like those borne by the little Louis XVII. Was he the Lost Dauphin? 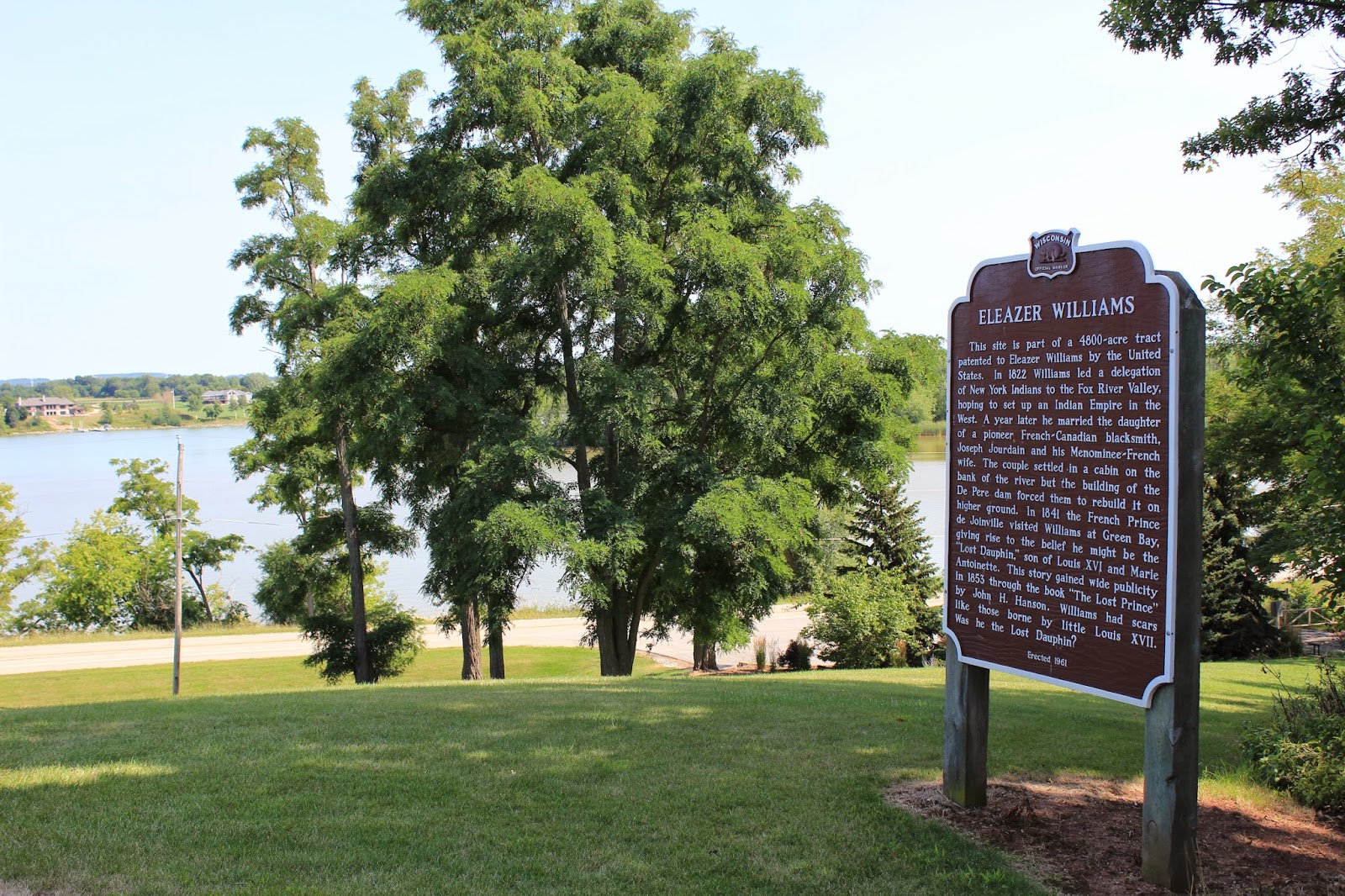 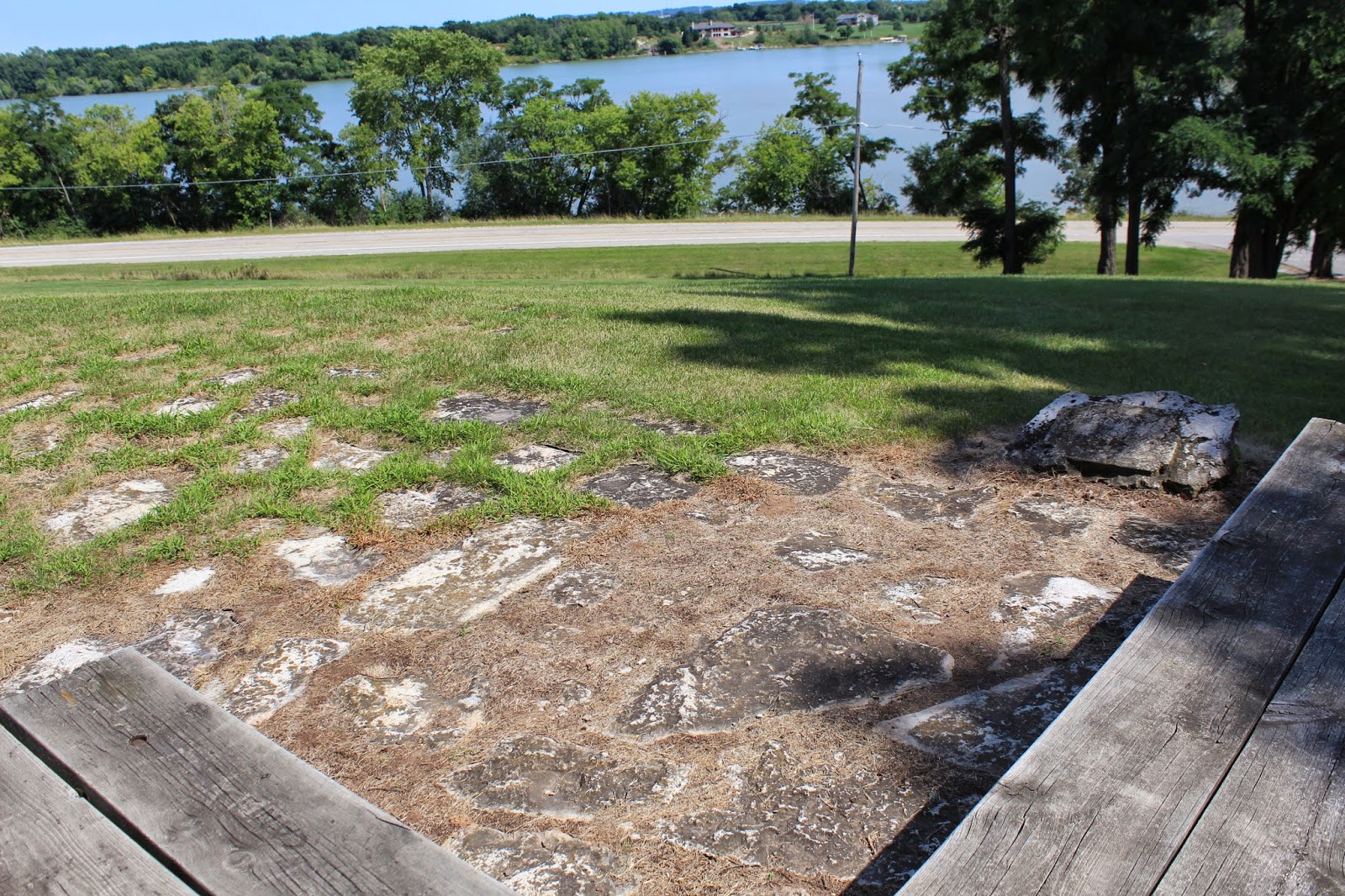 It's quite a climb from Lost Dauphin Road to the marker's location. 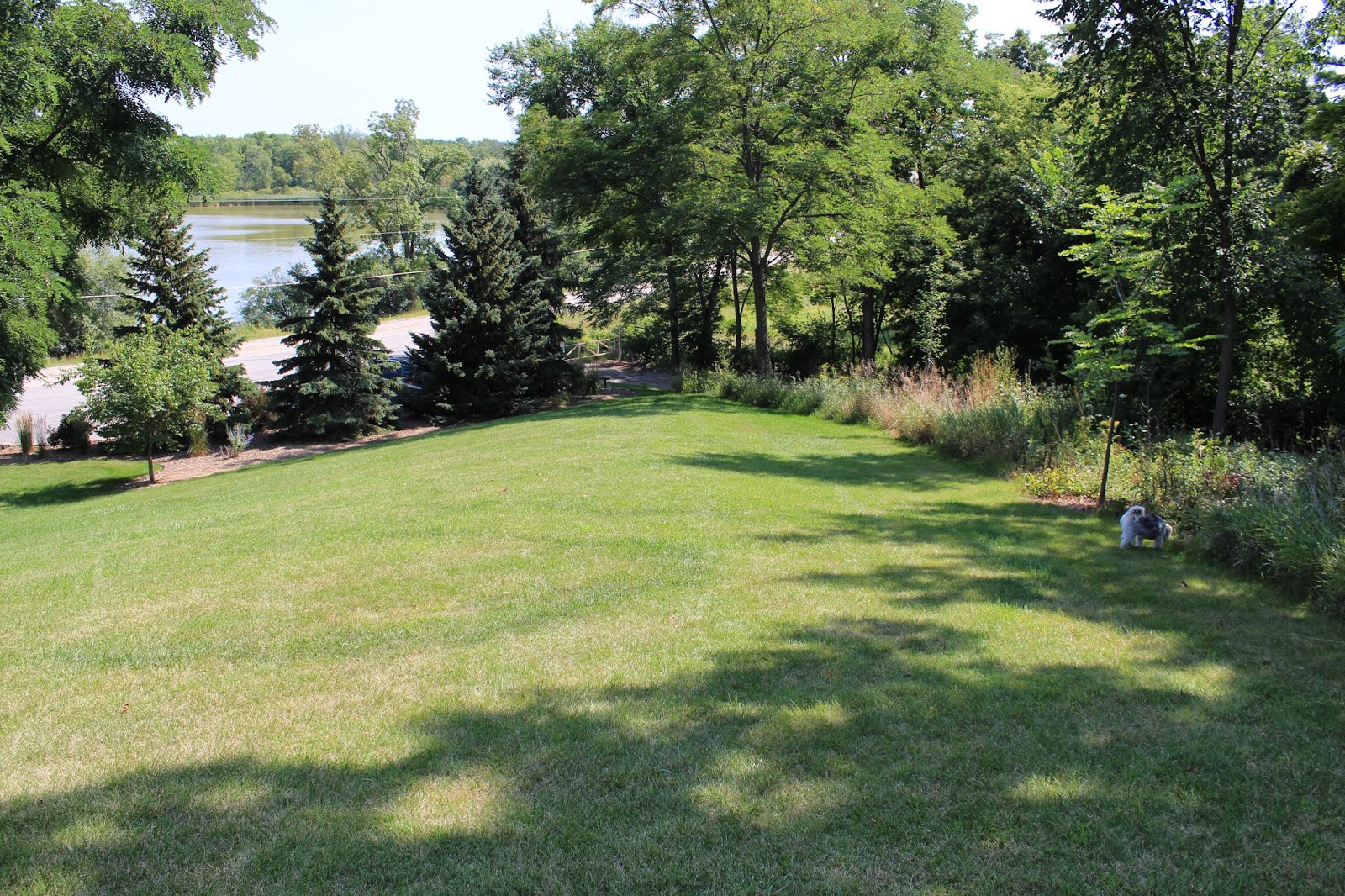 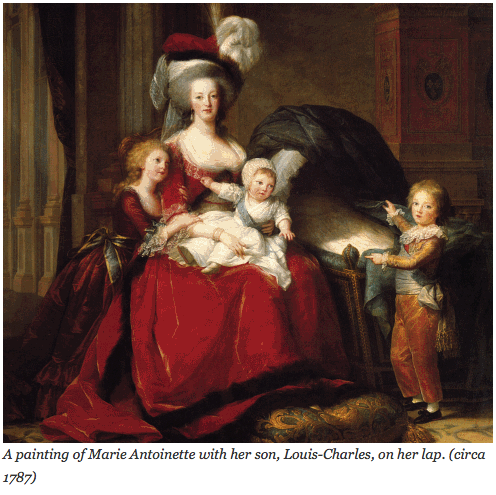 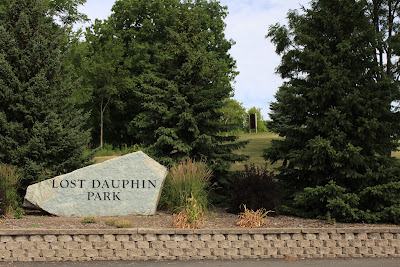 Marker is in Lost Dauphin Park
(marker can be seen at top of hill, between pine trees)
You will need to park in the parking lot and walk
up the steep driveway to the marker location.