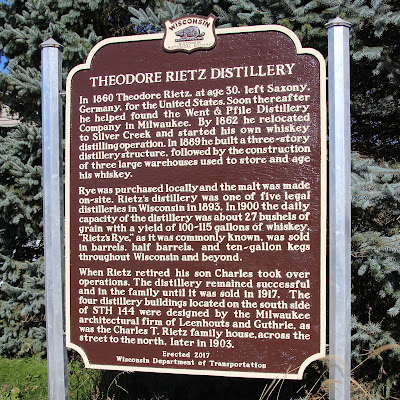 In 1860 Theodore Rietz, at age 30, left Saxony, Germany for the United States. Soon thereafter he helped found the Went & Pfile Distillery Company in Milwaukee. By 1862 he relocated to Silver Creek and started his own whiskey distilling operation. In 1889 he built a three-story distillery structure, followed by the construction of three large warehouses used to store and age his whiskey.

Rye was purchased locally and the malt was made on-site. Rietz’s distillery was one of five legal distilleries in Wisconsin in 1893. In 1910 the daily capacity of the distillery was about 27 bushels of grain with a yield of 100-115 gallons of whiskey. “Rietz’s Rye,” as it was commonly known, was sold in barrels, half barrels, and ten-gallon kegs throughout Wisconsin and beyond.

When Rietz retired his son Charles took over operations. The distillery remained successful and in the family until it was sold in 1917. The four distillery buildings located on the south side of STH 144 were designed by the Milwaukee architectural firm of Leenhouts and Guthrie, as was the Charles T. Rietz family house, across the street to the north, later in 1903. 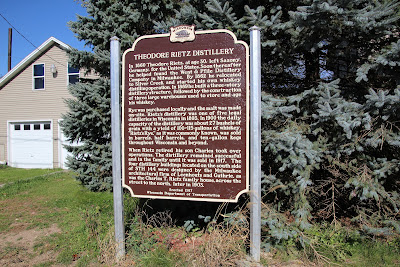 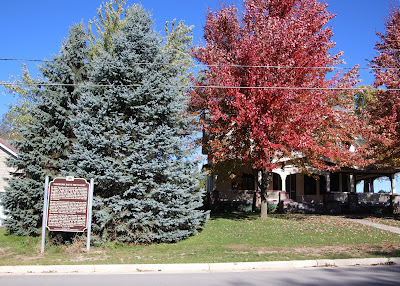 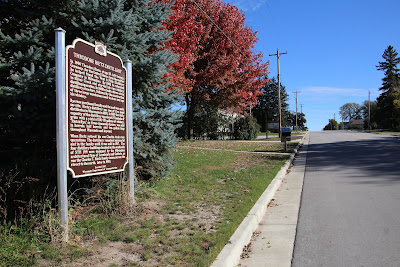 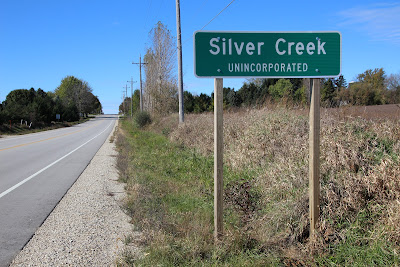 The marker is located in Silver Creek, Wisconsin.