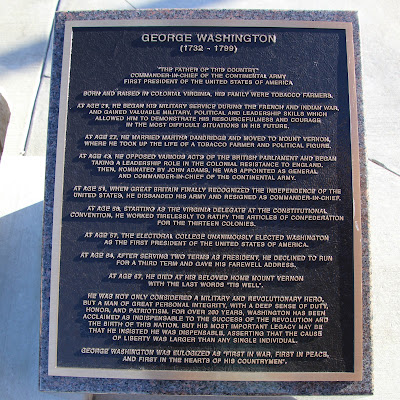 Born and raised in Colonial Virginia, his family were tobacco farmers.

At age 21, he began his military service during the French and Indian War, and gained valuable military, political and leadership skills which allowed him to demonstrate his resourcefulness and courage in the most difficult situations in his future.

At age 27, he married Martha Dandridge and moved to Mount Vernon, where he took up the life of a tobacco farmer and political figure.

At age 43, he opposed various acts of the British Parliament and began taking a leadership role in the colonial resistance to England. Then, nominated by John Adams, he was appointed as General and Commander-in-Chief of the Continental Army.

At age 51, when Great Britain finally recognized the independence of the United States, he disbanded his army and resigned as Commander-in-Chief.

At age 58, starting as the Virginia delegate at the Constitutional convention, he worked tirelessly to ratify the Articles of Confederation for the thirteen colonies.

At age 57, the Electoria College unanimously elected Washington as the first President of the United States of America.

At age 64, after serving two terms as President, he declined to run for a third term and gave his farewell address.

At age 67, he died at his beloved home Mount Vernon with the last words "tis well".

He was not only considered a military and revolutionary hero, but a man of great personal integrity, with a deep sense of duty, honor, and patriotism for over 200 years. Washington has been acclaimed as indispensable to the success of the revolution and the birth of this nation. But his most important legacy may be that he insisted he was dispensable, asserting that the cause of liberty was larger than any single individual.

George Washington was eulogized as "First in war, First in peace, and first in the hearts of his countrymen".

George Washington is located on the corner at the convergence of eastbound  Main Street and West Wisconsin Street, at or near 110 Main Street, Neenah, Wisconsin 54956. 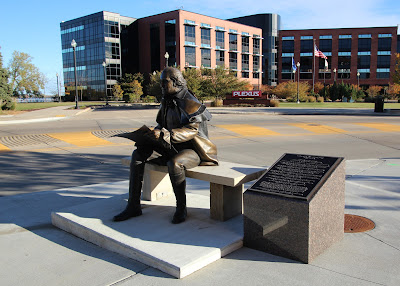 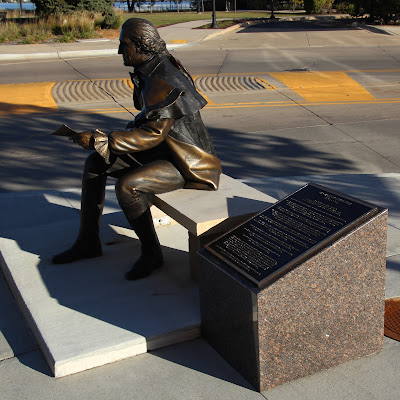 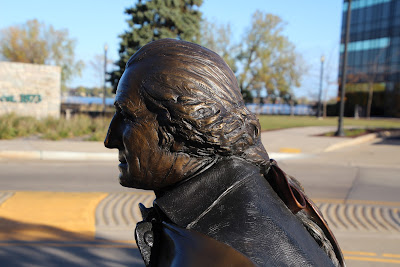 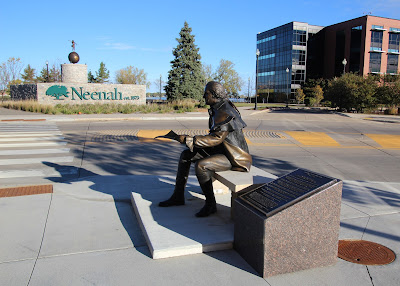 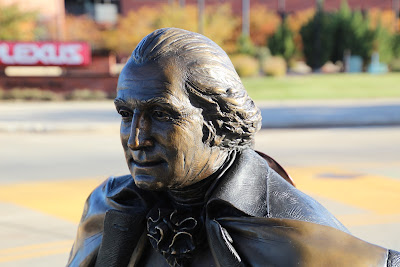 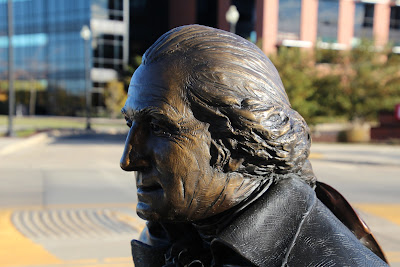 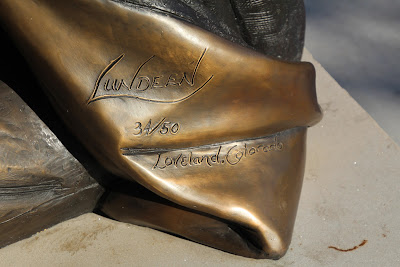 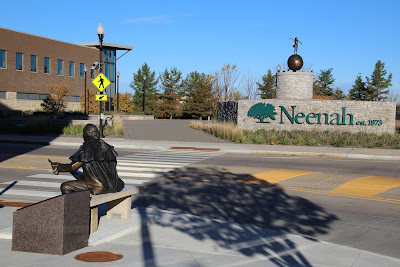 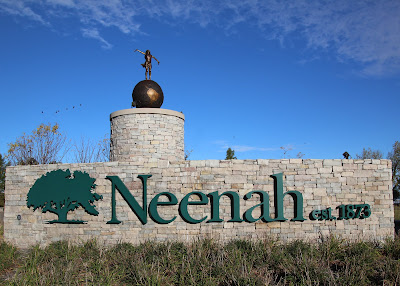