Cornucopia . . . Bounty from the Land and Water 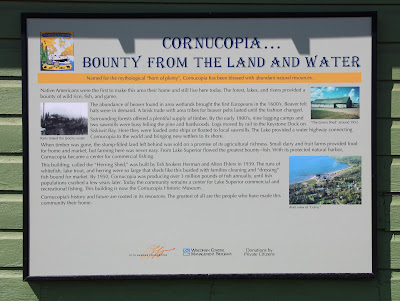 CORNUCOPIA . . .
BOUNTY FROM THE LAND AND WATER

Named for the mythical "horn of plenty", Cornucopia has been blessed with abundant natural resources.

Native Americans were the first to make this area their home and still live here today. The forest, lakes, and rivers provided a bounty of wild rice, fish, and game.

The abundance of beaver found in area wetlands brought the first European in the 1600s. Beaver felt hats were in demand. A brisk trade with area tribes for beaver pelts lasted until the fashion changed.

Surrounding forests offered a plentiful supply of timber. By the early 1900s, nine logging camps and two sawmills were busy felling the pine and hardwoods. Logs moved by rail to the Keystone Dock on Siskiwit Bay. Here they were loaded onto ships or floated to local sawmills. The Lake provided a water highway connecting Cornucopia to the world and bringing new settlers to its shore.

When timber was gone, the stump-filled land left behind was sold on a promise of its agricultural richness. Small dairy and fruit farms provided food for home and market, but farming here was never easy. From Lake Superior flowed the greatest bounty -- fish. With its protected natural harbor, Cornucopia became a center for commercial fishing.

This building, called the "Herring Shed," was built by fish brokers Herman and Alton Ehlers in 1939. The runs of whitefish, lake trout, and herring were so large that sheds like this bustled with families cleaning and "dressing" fish bound for market. By 1950, Cornucopia was producing over 3 million pounds of fish annually, until fish populations crashed a few years later. Today the community remains a center for Lake Superior commercial and recreational fishing. This building is now the Cornucopia Historic [sic] Museum.

Cornucopia's history and future are rooted in its resources. The greatest of all are the people who have made this community their home.

The marker is affixed to the east side of the Green Shed Museum, adjacent to Bell Marina, and is accessible from southbound Wisconsin Highway 13, Cornucopia, Wisconsin 54827. 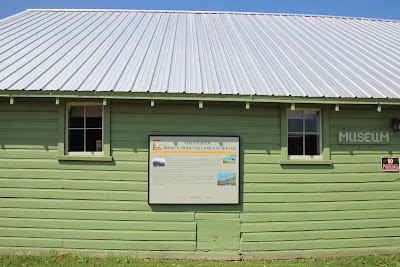 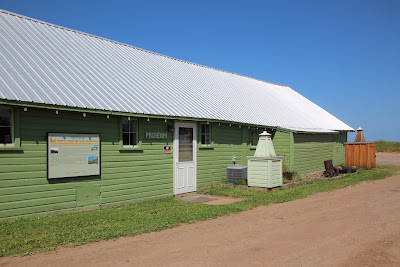 The marker is affixed to the east side of the Green Shed Museum. 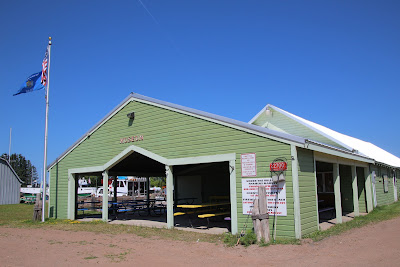 The marker (visible in the distance to the right)
is affixed to the east side of the Green Shed Museum. 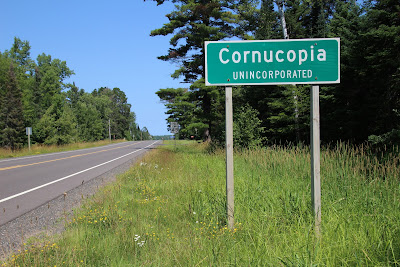 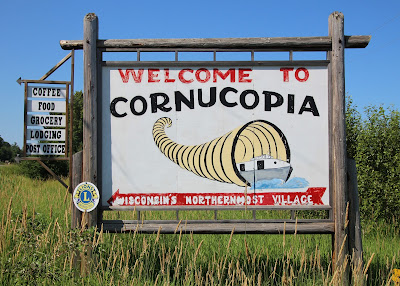