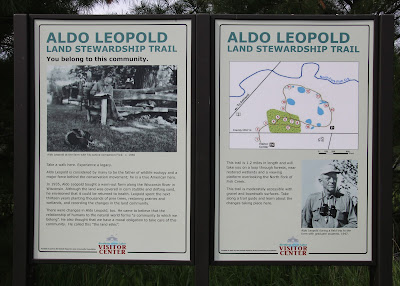 ALDO LEOPOLD
LAND STEWARDSHIP TRAIL
You belong to this community.

Aldo Leopold is considered by many to be the father of wildlife ecology and a major force behind the conservation movement; he is a true American hero.

In 1935, Aldo Leopold bought a worn-out farm along the Wisconsin River in Wisconsin. Although the land was covered in corn stubble and drifting sand, he envisioned it could be returned to health. Leopold spent the next thirteen years planting thousands of pine trees, restoring the prairies and wetlands, and recording the changes in the land community.

There were changes in Aldo Leopold, too. He came to believe that the relationship of humans to the natural world forms "a community to which we belong". He also thought that we have a moral obligation to take care of this community. He called this "the land ethic".

This trail is 1.2 miles in length and will take you on a loop through forests, near restored wetlands and a viewing platform overlooking the North Fork of Fish Creek.
This trail is moderately accessible with gravel and boardwalk surfaces. Take along a trail guide and learn about the changes taking place here. 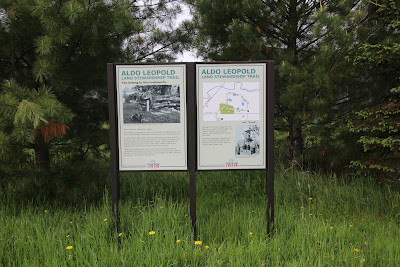 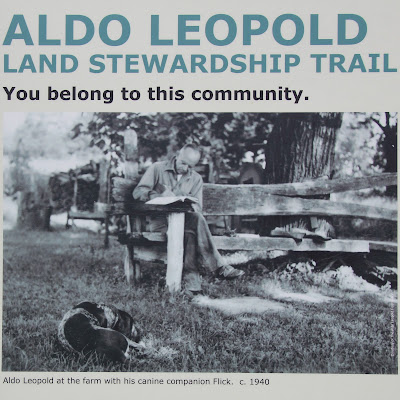 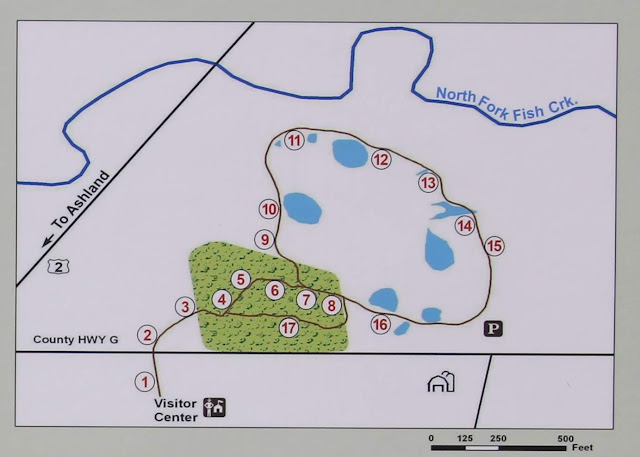 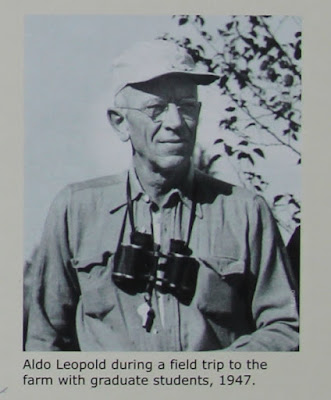 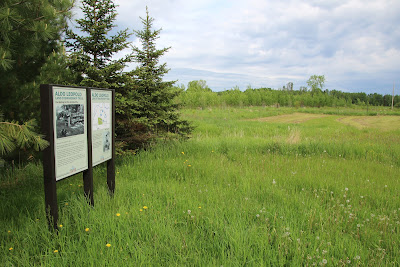 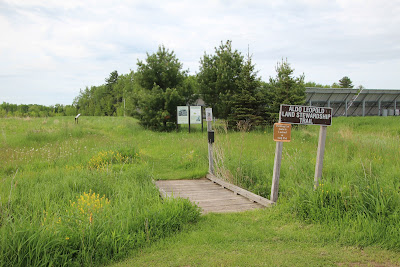 The entrance to the trail. 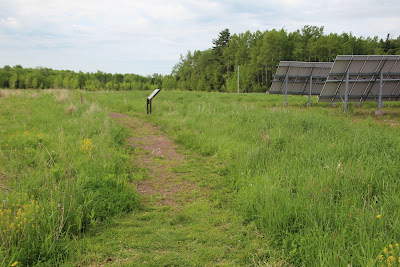 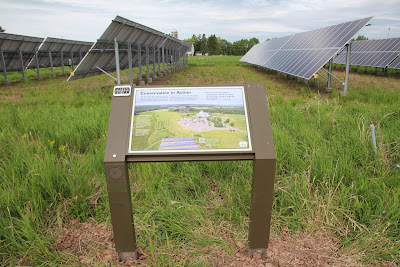 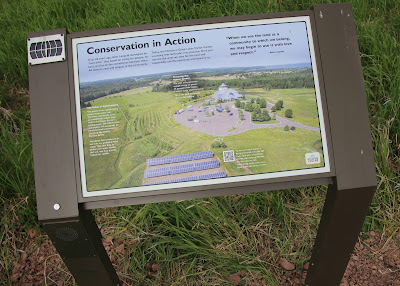 Over 60 years ago, Aldo Leopold developed his "land ethic" idea based on caring for people, for land, and for all the connections between them. All deserve care and respect in the community. Today, the Northern Great Lakes Visitor Center is putting that land ethic into practice. Here you can see the ways we care for the land and responsibly use the resources entrusted to us.

The solar array generates enough energy to power 45 percent of the Visitor Center's yearly electrical needs. This is the path the energy takes to the building.

The Value of Agroforestry

"When we see the land as a community to which we belong,
we may begin to use it with love and respect."
-Aldo Leopold

The plants of our agroforestry project have many uses. The trees and shrubs serve as a windbreak, which helps reduce the Visitor Center's heating costs. The willow trees and poplars will eventually be harvested and converted to energy at the nearby biomass facility.

The plants that produce fruit and nuts are profitable food crops. They also help to protect our water quality and soil, and they provide habitat for wildlife.

To see how much power is being generates, scan the QR Code with your smartphone or visit https://goo.gl/ZXn4t8. You can also see this information at the solar array kiosk inside the Visitor Center. 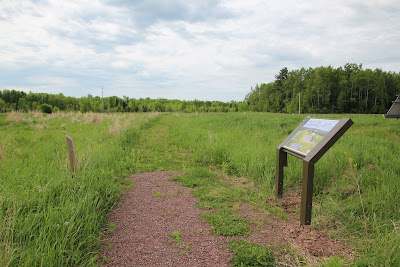 There was no time to walk the entire trial . . . another trip! 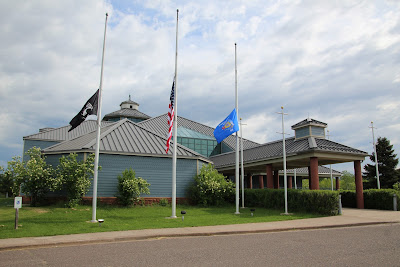 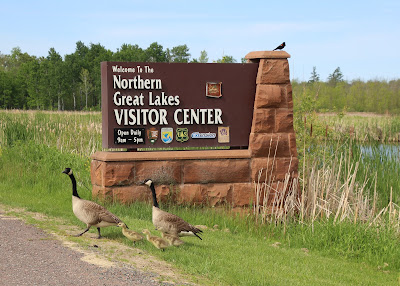 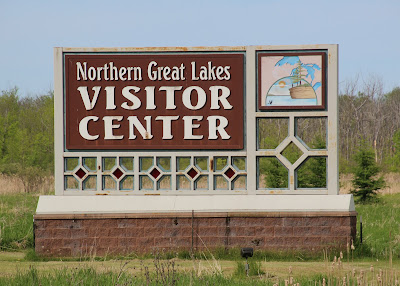 The trail is located at the Northern Great Lakes Visitor Center. 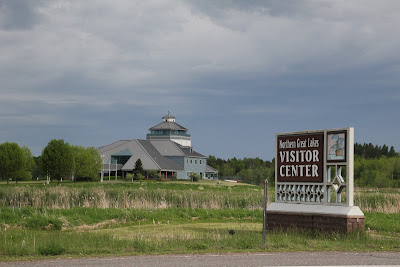 View of the Visitor Center from U.S. Route 2. 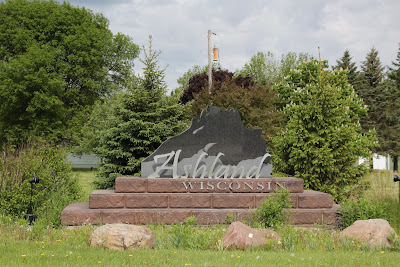 The Aldo Leopold Trail is located in Ashland, Wisconsin.