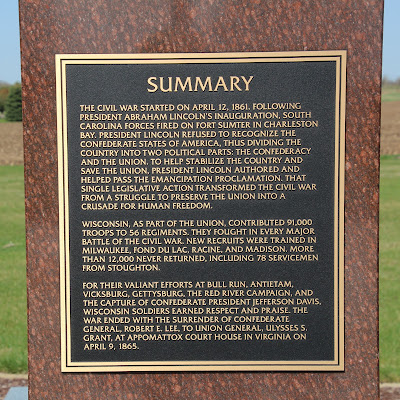 
The Civil War started on April 12, 1861. Following President Abraham Lincoln's inauguration, South Carolina forces fired on Fort Sumter in Charleston Bay. President Lincoln refused to reorganize the Confederate States of America, thus dividing the country into two political parts: the Confederacy and the Union. To help stabilize the country and save the Union, President Lincoln authored and helped pass the Emancipation Proclamation. That single legislative action transformed the Civil War from a struggle to preserve the Union into a crusade for human freedom.

Wisconsin, as part of the Union, contributed 91,000 troops to 56 regiments. They fought in every major battle of the Civil War. New recruits were trained in Milwaukee, Fond du Lac, Racine, and Madison. More than 12,000 never returned, including 78 servicemen from Stoughton. 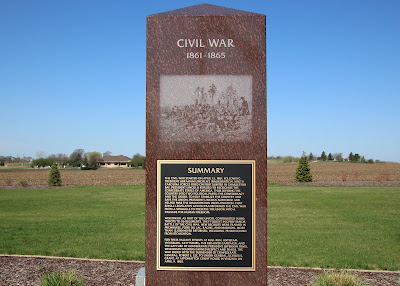 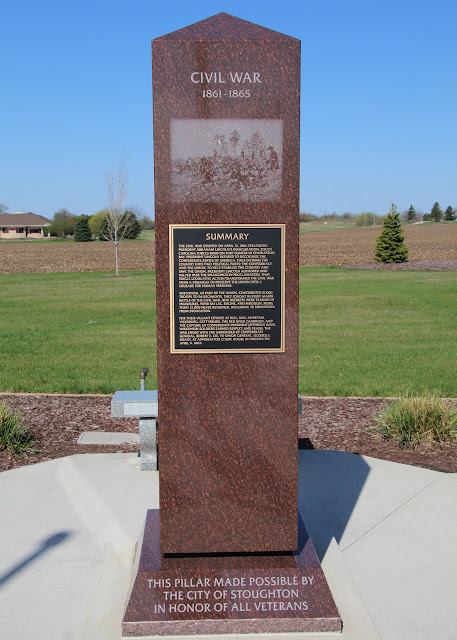 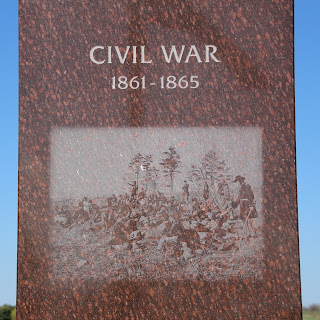