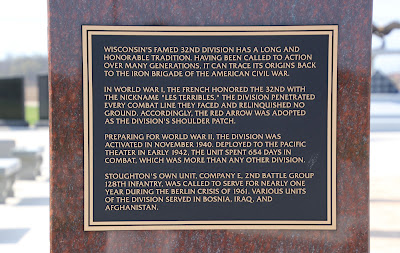 
Wisconsin's famed 32nd Division has a long and honorable tradition. Having been called to action over many generations, it can trace its origins back to the Iron Brigade of the America Civil War.

In World War I, the French honored the 32nd with the nickname "Les Terribles." The Division penetrated every combat line they faced and relinquished no ground. Accordingly, the Red Arrow was adopted at the Division's shoulder patch.

Preparing for World War II, the Division was activated in November 1940. Deployed to the Pacific Theater in early 1942, the unit spent 654 days in combat, which was more than any other division.

Stoughton's own unit, Company E, 2nd Battle Group 128th Infantry, was called to serve for nearly one year during the Berlin crisis of 1961. Various units of the Division served in Bosnia, Iraq, and Afghanistan. 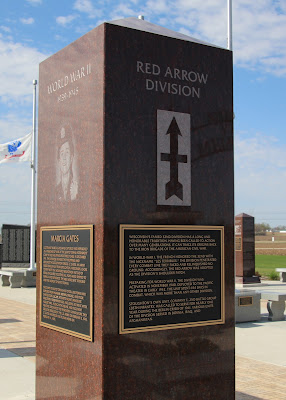 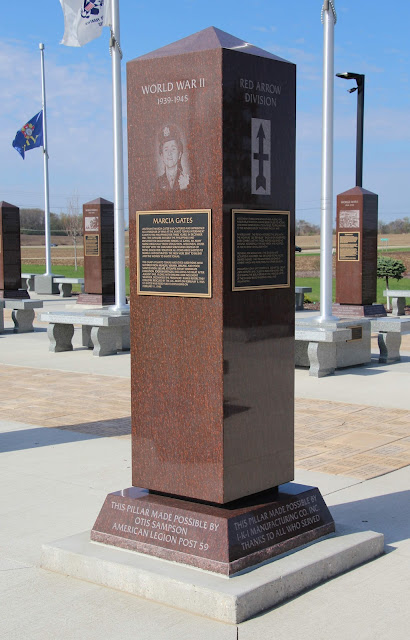