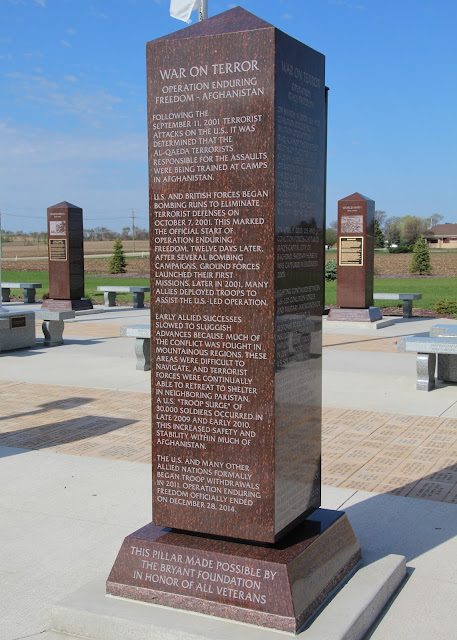 
Following the September 11, 2001 terrorist attacks in the U.S., it was determined that the Al-Qaeda terrorists responsible for the assaults were being trained at camps in Afghanistan.

Early Allied successes slowed to sluggish advances because much of the conflict was fought in mountainous regions. These areas were difficult to navigate, and terrorist forces were continually able to retreat to shelter in neighboring Pakistan. A U.S. "Troop Surge" of 30,000 soldiers occurred in late 2009 and early 2010. This increased safety and stability within much of Afghanistan.

The U.S. and many other Allied nations formally began troop withdrawals in 2011. Operation Enduring Freedom officially ended on December 28, 2014.