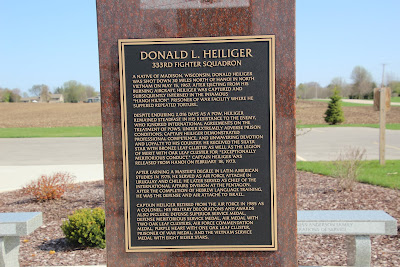 
A native of Madison, Wisconsin, Donald Heiliger was shot down 30 miles north of Hanoi in North Vietnam on May 15, 1967. After ejecting from his burning aircraft, Heiliger was captured and subsequently interned in the infamous "Hanoi Hilton" prisoner of war facility where we suffered repeated torture.

Despite enduring 2,016 days as a POW, Heiliger remained steadfast in his resistance to the enemy, who ignored international agreements on the treatment of POWs. Under extremely adverse prison conditions, Captain Heiliger demonstrated professional competence, and unwavering devotion and loyalty to his country. He received the Silver Star with bronze leaf cluster as well as the Legion of Merit with oak leaf cluster for "exceptionally meritorious conduct." Captain Heiliger was released from Hanoi on February 18, 1973.

After earning a Master's Degree in Latin-American studies in 1975, he served as Air Force attaché in Uruguay and Chile. He later served as Chief of the International Affairs Division at the Pentagon. After the completion of Hebrew language training, he was the defense and air attaché to Israel. 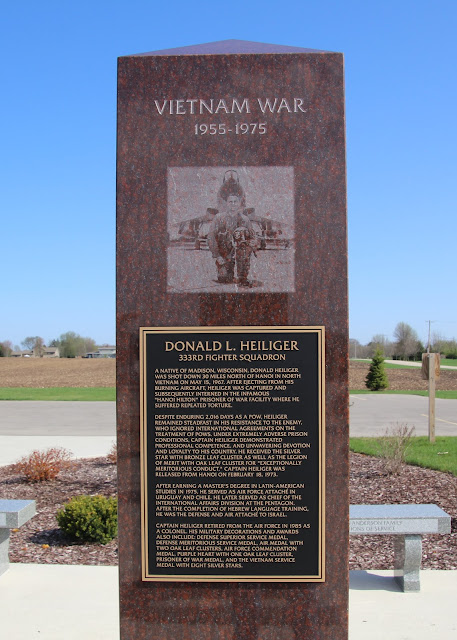 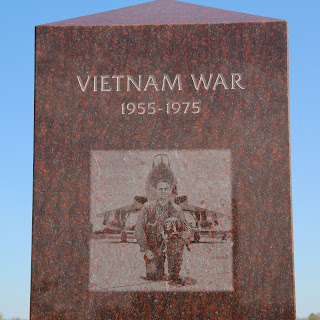