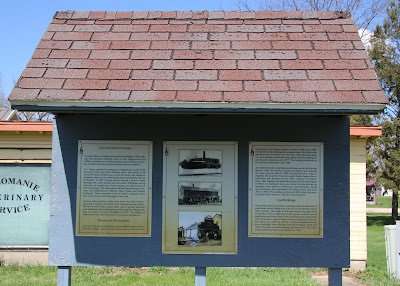 Crescent Street, located just beyond the buildings to the north, was the principal industrial street in the village during the 1800s. In addition to a cheese factory and creamery, a number of other factories produced wood and iron products.

C.J. Trager operated a carriage and sleigh factory in the 1873 two-story brick and stone building which still stands at 38 Crescent Street. Further east, across the street, was Gramm's carpenter shop and a woodworking plant operated by Warren & Moulton. In 1867 George Davies opened a shop to make fanning mills. Later George and his brother, Nathaniel, set up a foundry to manufacture metal castings and drill presses of their own design. The Mazomanie Cabinet Manufacturing Company was established in 1894 by Albert Tinker and Charles Schlough. Tinker patented a line of kitchen cabinets which they produced and sold throughout the area.

Among other products made from wood, the Starck Manufacturing Company developed and manufactured a billiard-like game built inside a parlor table. Later a poultry business was established and remained in operation until the Mazomanie Egg Company moved to Middleton in 1957. The Village of Mazomanie now uses this area for municipal operations.

John Parman and Asa Preston, two prominent blacksmiths in the early village, operated their shops side-by-side on Crescent Street. John Parman started a shop in 1858 and in 1865 he built the brick building that remains today. His brick house stands across the street from the shop. Manufacturing wagons and carriages and performing general blacksmithing, he continued in business until 1877. The building continued to be used by blacksmiths until 1980.

John Warren built a small blacksmith shop next to the Parman shop in 1863. Asa Preston bought out Warren and operated the shop until he died in 1892. During this time, John F. Appleby, the inventor of the twine grain binder, began his experiments with binding devices while working in Preston's shop. After Appleby had attained success with his twine binder in Beloit, he employed Asa's son, David, to help him set up licensees of his patents in Wisconsin and Minnesota. David and his brother John operated in the Preston shop until John died in 1904. The building sat idle until 1930 when the property was sold to house a coal and wood business.

Along most railroad corridors, buildings were located next to side tracks where freight and coal cars could directly unload their contents. The height of the floor was on the same level as the floor of the freight car so that goods could be moved easily from one to the other. Some buildings were constructed with two levels so that a chute could be attached to the bottom hatch of a coal car and its contents unloaded directly into a building's lower storage area. Built between 1915 and 1929, the taller of these buildings has two levels. The lower section of the complex was restored in 1993. 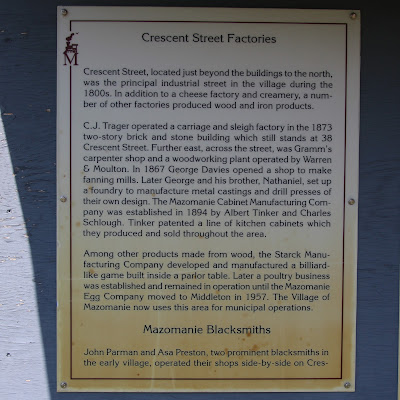 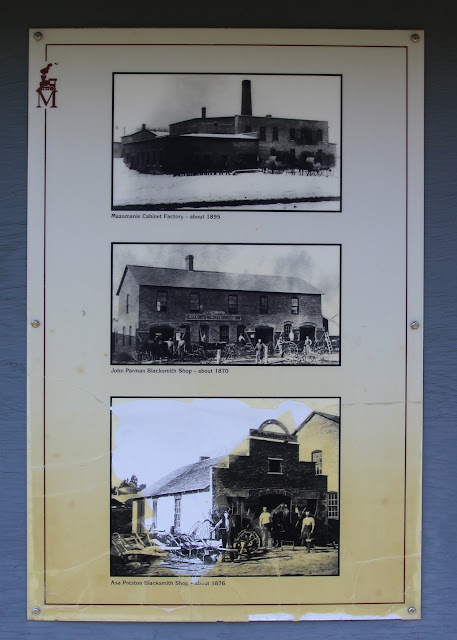 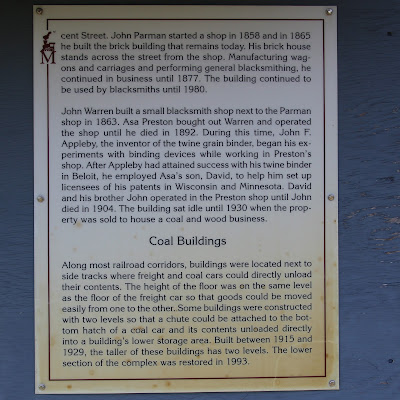 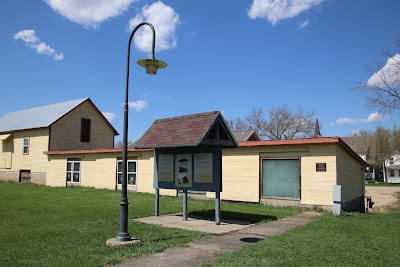 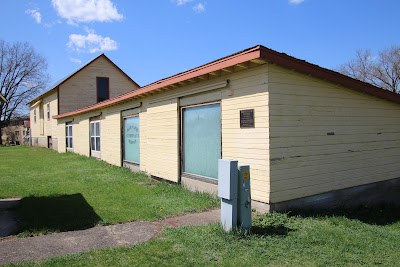 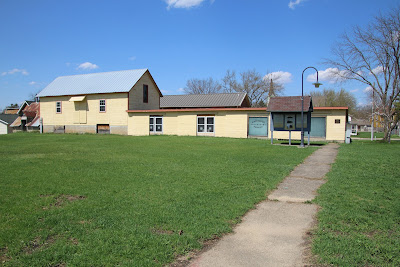 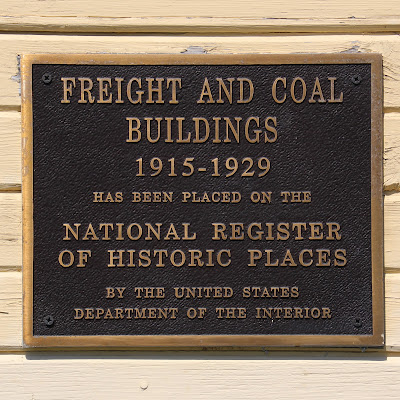 The buildings are placed on the
National Register of Historic Places.


This location went under water in the catastrophic
August 2018 flooding, and is visible on the
right starting at 0:21. 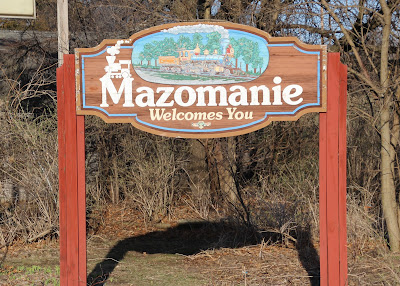