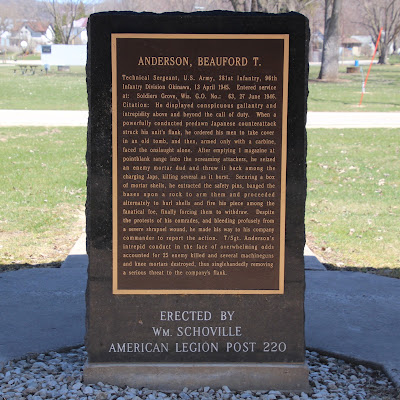 
Technical Sergeant, U.S. Army, 31st Infantry, 96th Infantry Division Okinawa, 13 April 1945. Entered service at: Soldiers Grove, Wis. G.O. No.: 63, 27 June 1946.
Citation: He displayed conspicuous gallantry and intrepidity above and beyond the call of duty. When a powerfully conducted predawn Japanese counterattack struck his unit's flank, he ordered his men to take cover in an old tomb, and then, armed only with a carbine, faced the onslaught alone. After emptying 1 magazine at pointblank range into the screaming attackers, he seized an enemy mortar dud and threw it back among the charging enemy Japanese soldiers, killing several as it burst. Securing a box of mortar shells, he extracted the safety pins, banged the bases upon a rock to arm them and proceeded alternately to hurl shells and fire his piece among the fanatical foe, finally forcing them to withdraw. Despite the protests of his comrades, and bleeding profusely from a severe shrapnel wound, he made his way to his company commander to report the action. T/Sgt. Anderson's intrepid conduct in the face of overwhelming odds accounted for 25 enemy killed and several machine guns and knee mortars destroyed, thus single-handedly removing a serious threat to the company's flank.

The marker is located at Beauford T. Anderson Park and is accessible from eastbound Pine Street, east of its intersection with Mill Street, Soldiers Grove, Wisconsin 54655.

Beauford T. Anderson: The Making of an American Soldier


These memorials are also at this location: 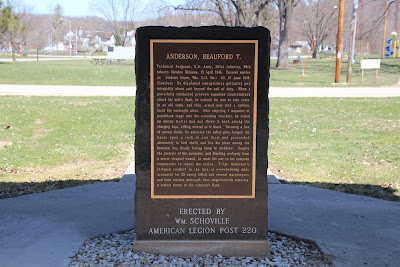 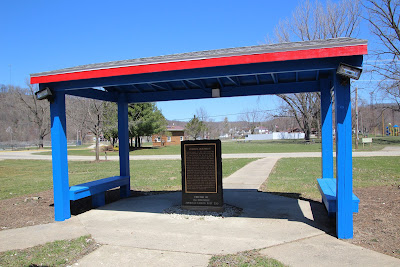 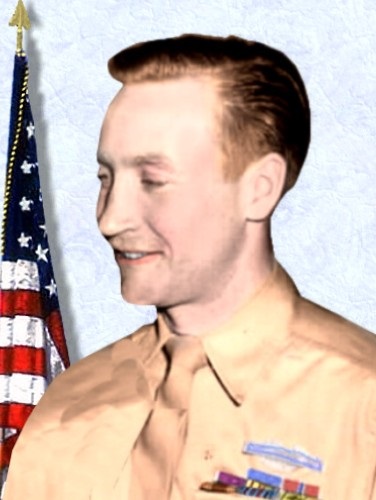 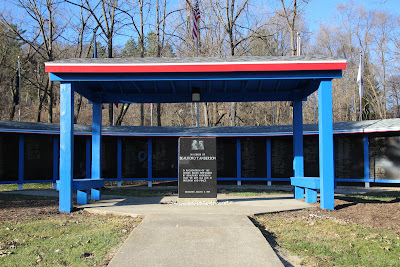 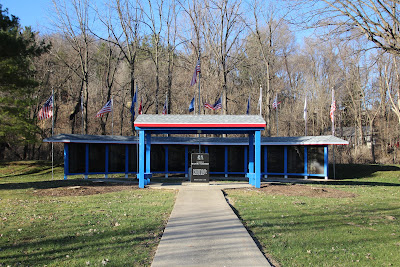 View of the memorial from Pine Street. 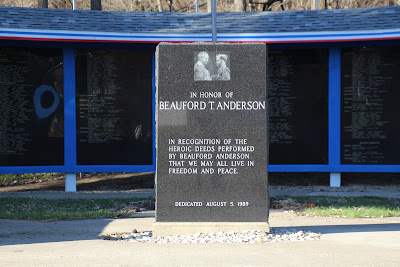 See also, In Honor of Beauford T. Anderson, the front of the memorial. 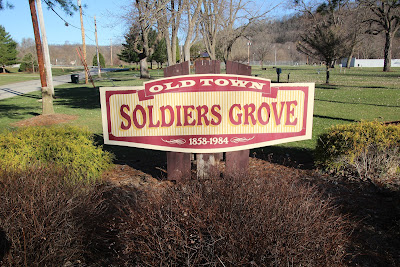 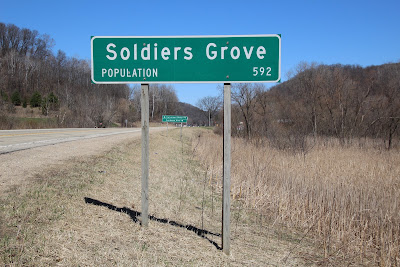 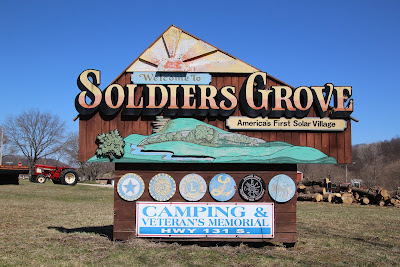 The memorial is located in Soldiers Grove, Wisconsin.