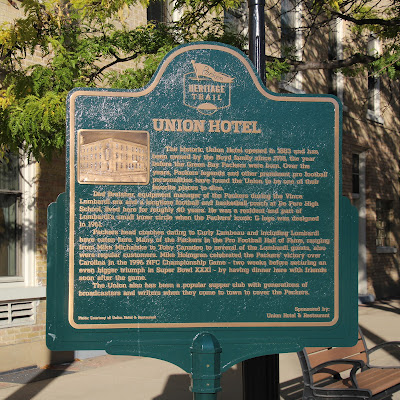 The historic Union Hotel opened in 1883 and has been owned by the Boyd family since 1918, the year before the Green Bay Packers were boron. Over the years, Packers legends and other prominent pro football personalities have found the Union to be one of their favorite places to dine.

Dad Braisher, equipment manager for the Packers during the Vince Lombardi era and a longtime football and basketball coach at De Pere High School, lived here for roughly 40 years. He was a resident and part of Lombardi's small inner circle when the Packers' iconic G logo was designed in 1961.

Packers head coaches dating to Curly Lambeau and including Lombardi have eaten here. Many of the Packers in the Pro Football Hall of Fame, ranging from Mike Michalske to Tony Canadeo to several of the Lombardi greats, also were regular customers. Mike Holmgren celebrated the Packers' victory over Carolina in the 1996 Championship Game - two weeks before securing an even bigger triumph in Super Bowl XXXI - by having dinner here with friends soon after the game.

The Union also has been a popular supper club with generations of broadcasters and writers when they come to town to cover the Packers.

The marker is located adjacent to the entrance to Union Hotel, accessible from northbound North Broadway / Wisconsin Highway 57 at its intersection with James Street, at or near 200 North Broadway, De Pere, Wisconsin 54115. 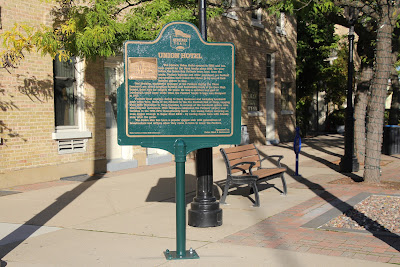 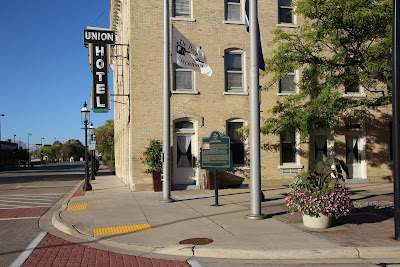 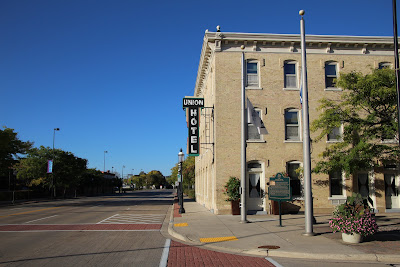 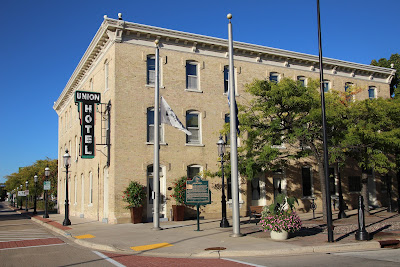 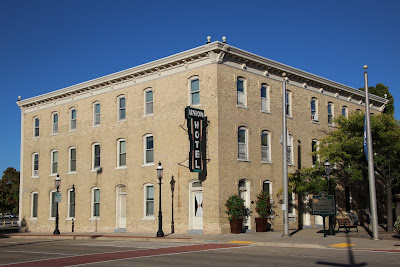 The Union Hotel is located in De Pere, Wisconsin.