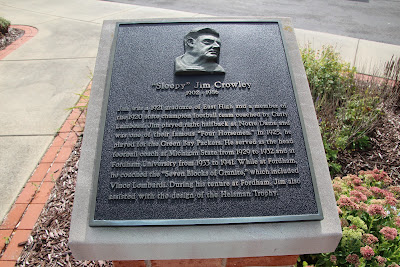 
Jim was a 1921 graduate of East High and a member of the 1920 state champion football team coached by Curly Lambeau. Jim played right halfback at Notre Dame and was one of their famous "Four Horsemen." In 1925, he played for the Green Bay Packers. He served as the head football coach at Michigan State from 1929 to 1932 and at Fordham University from 1933 to 1941. While at Fordham, he coached the "Seven Blocks of Granite," which included Vince Lombardi. During his tenure at Fordham, Jim also assisted with the design of the Heisman Trophy. 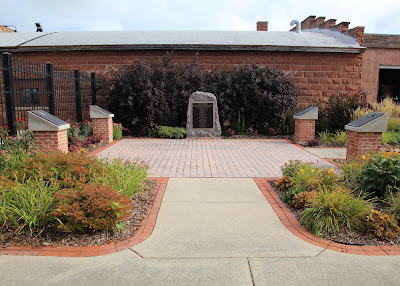 The marker is on the right front podium.


As the University of Notre Dame announces plans to face Army in Yankee Stadium during the 2010 season, here is a signature moment in the storied rivalry between the Fighting Irish and Black Knights. The most famous backfield in college football history - The Four Horsemen - took the field in the Polo Grounds of New York in 1926 and "Under a Blue-Gray October Sky" - they rode into college football history . . . 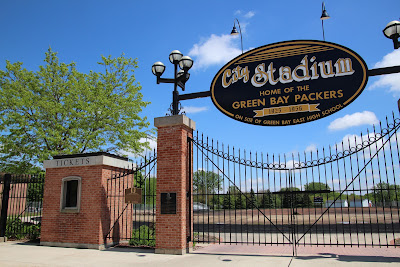 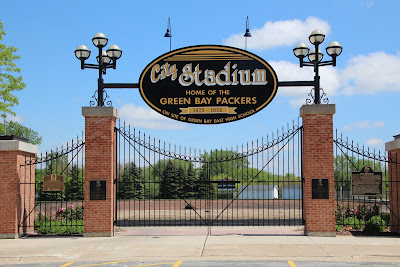 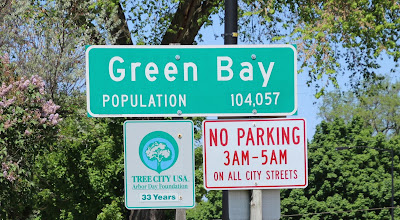