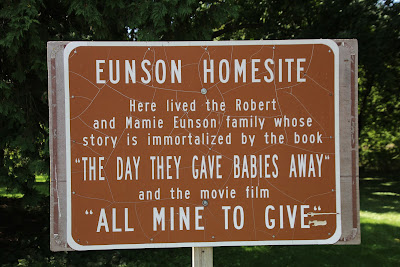 The marker is located on the east bank of the Fox River, adjacent to the Eureka Boat Landing, and is accessible from northbound Liberty Street, north of its intersection with County Highway E, Eureka, Wisconsin 54934.

Wikipedia: All Mine to Give

All Mine to Give (British title: The Day They Gave Babies Away) is a 1957 Technicolor melodrama film starring Glynis Johns, Cameron Mitchell, and Rex Thompson. When first one parent, then the other dies, six children have to look after themselves in the American west of the mid-19th century. 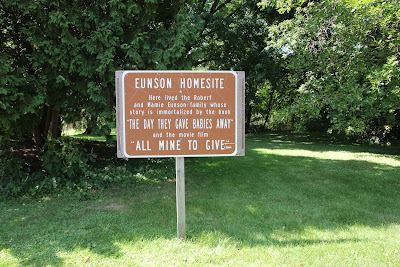 All Mine To Give ~ Trailer by filmgorillas 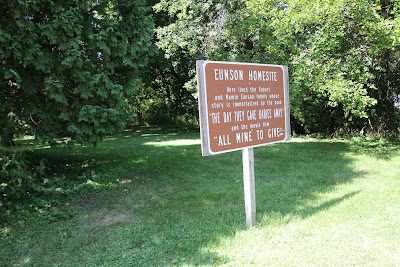 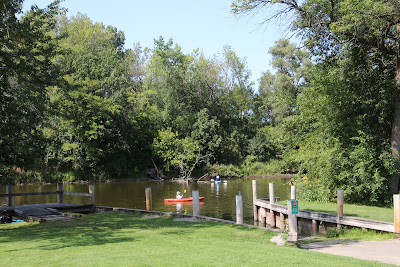 The boat landing, next to the marker location. 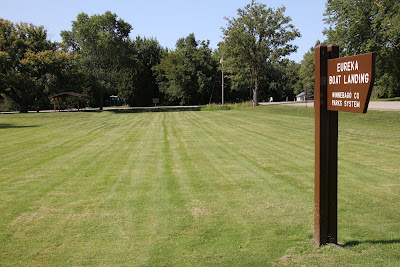 The marker (visible in the distance in the center of the photo)
is located at the Eureka Boat Landing in Eureka, Wisconsin.