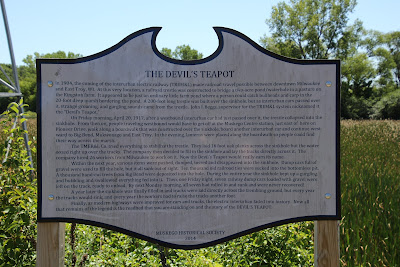 In 1904, the coming of the interurban electric railway (TREM&L) made railroad travel possible between downtown Milwaukee and East Troy, WI. At this very location, a railroad trestle was constructed to bridge a two-acre pond/waterhole in a pasture on the Kingston farm. It appeared to be just an ordinary little farm pond where a person could catch bullheads and carp in the 20-foot deep marsh bordering the pond. A 200-foot long trestle was built over the sinkhole, but as interurban cars passed over it, strange groaning and gurgling sounds came from the trestle. John I. Beggs, supervisor for the TREM&L system nicknamed it the "Devil's Teapot."

On Friday morning, April 20,1917, after a westbound interurban car had just passed over it, the trestle collapsed into the sinkhole. From then on, people traveling westbound would have to get off at the Muskego Centre station, just east of here on Pioneer Drive, walk along a boardwalk that was constructed over the sinkhole, board another interurban car and continue westward to Big Bend, Mukwonago and East Troy. In the evening, lanterns were placed along the boardwalk so people could find their way across the marsh.

The TMER&L Co. tried everything to stabilize the trestle. They laid 16 foot oak planks across the sinkhole but the water oozed right up over the tracks. The company then decided to fill in the sinkhole and lay the tracks directly across it. The company hired 26 workers from Milwaukee to work on it. Now the Devil's Teapot would really earn its name.

Within the next year various items were pushed, dumped, tossed and disappeared into the sinkhole. Dump cars full of gravel were used to fill the hole, but it all sank out of sight. Ten thousand old railroad ties were sucked into the bottomless pit. A thousand hand-cut trees from Big Bend were deposited into the hole. During the entire year the sinkhole kept up a gurgling and bubbling and swallowed everything fed into it. Then, one Friday night, seven railway dump cars loaded with gravel were left on the track, ready to unload. By next Monday morning, all seven had rolled in and sunk and were never recovered!

A year later the sinkhole was finally filled in and tracks were laid directly across the trembling ground, but every year the tracks would sink, and every year the workers had to raise the tracks another foot.

Finally, as modern highways were improved for cars and trucks, the electric interurban faded into history. Now all that remains of the legend is the roadbed that you are standing on and the story of the DEVIL'S TEAPOT.

The marker is located along the Muskego Recreation Trail, and is accessible from northbound Racine Avenue, County Highway Y, just north of its T-intersection with Apollo Drive, Muskego, Wisconsin.

NOTE: The marker is easy to access and find. There is parking on northbound Racine Avenue where it intersections with the Muskego Recreational Trail. Then walk east along the trail about 1/8th of a mile; the marker will be on your right. 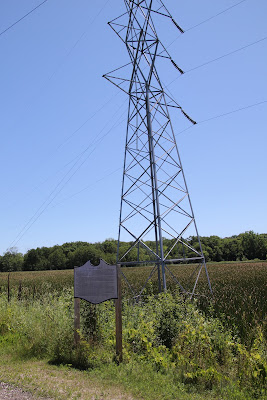 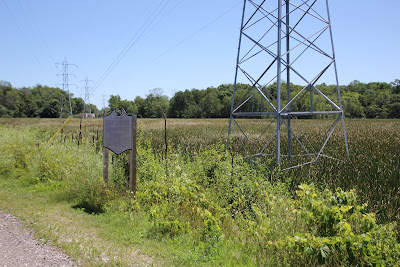 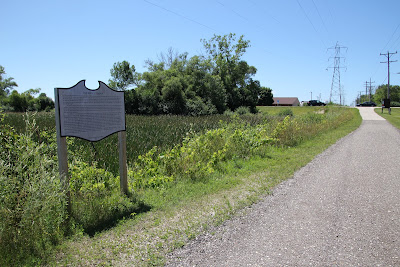 Looking west along the Muskego Recreation Trail
towards Racine Avenue (that's my RAV-4 visible in the distance). 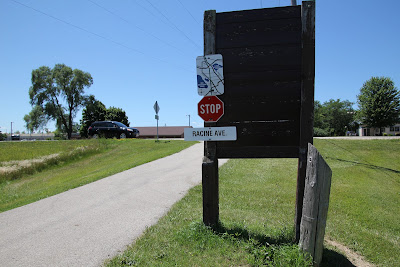 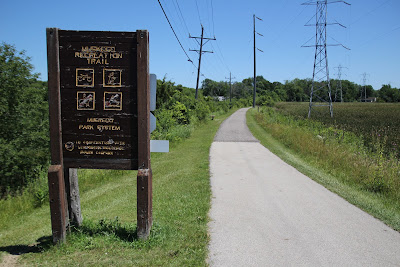 Looking east along the Muskego Recreation Trail.
The marker is located in front of the giant tower on the right. 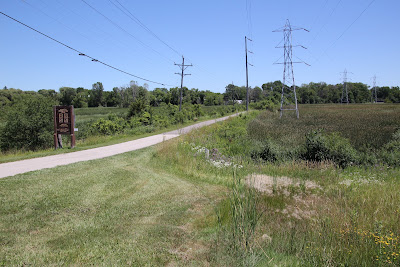 View of the marker from parking on Racine Avenue. 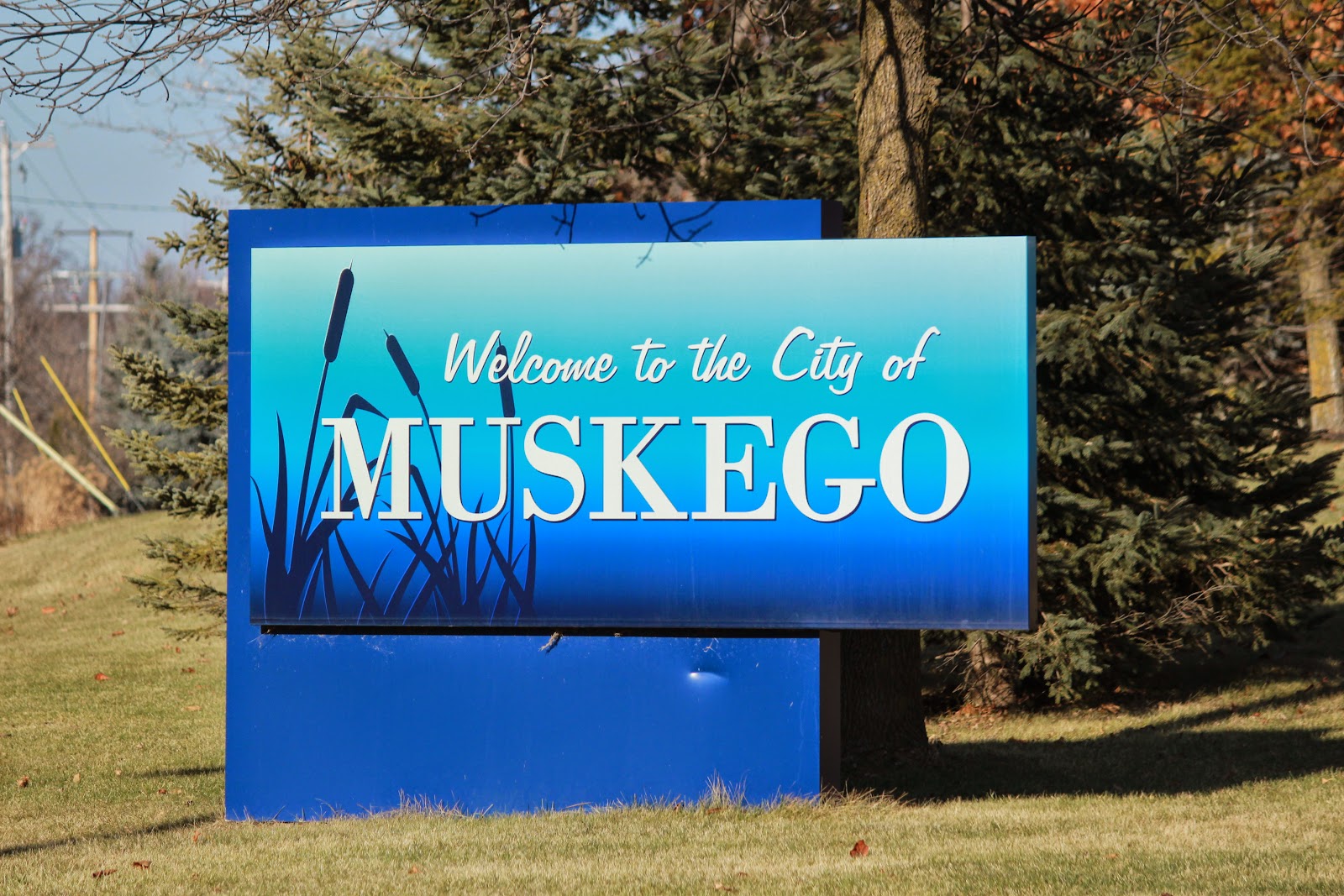