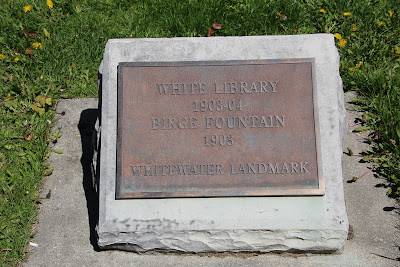 
Birge Fountain is located at Flat Iron Park, a small community park at the V-intersection of West North Street and Old Highway 12, at or near 402 West Main Street, Whitewater, Wisconsin 53190.

NOTE: There is no parking near the fountain. There is plenty of parking east of the fountain, in the parking lot for the Whitewater Art Alliance, 402 West Main Street, Whitewater, Wisconsin 53190.

Julius Birge presented the Birge Fountain to Whitewater, the city of his birth, on July 4, 1903. At the time, it was one of the largest fountains in the county, and there was some concern among the city officials over the amount of water it would require. It was placed on the site where the “Little Brick” schoolhouse stood, which Julius Birge attended as a child. The fountain is 17.5 feet high with two catch basins which collect water flowing from the “Maid in the Mist” and the four cherubs riding on dolphins. It was originally cast of zinc but was thoroughly renovated and recast in bronze. A rededication of the fountain was celebrated in 2003.

This is a beautiful fountain! Regret the skies were so overcast the day I visited. 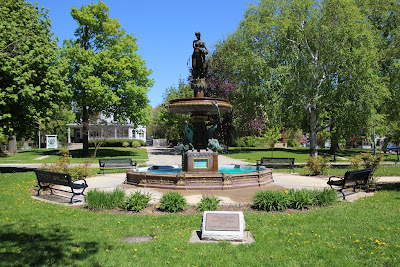 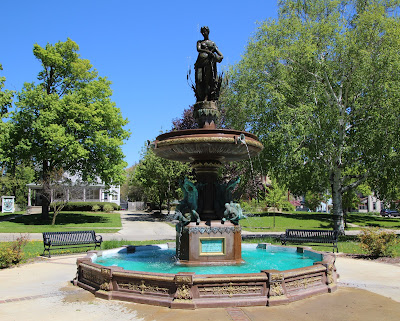 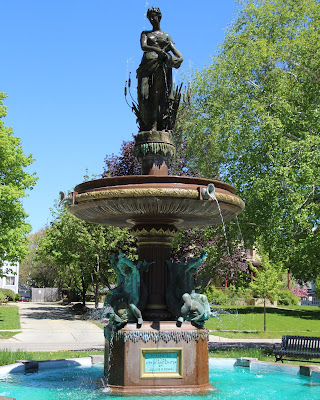 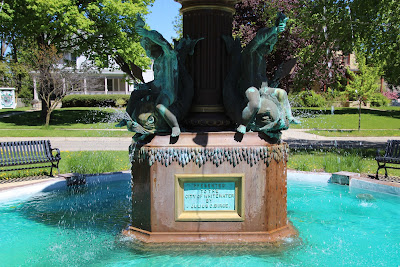 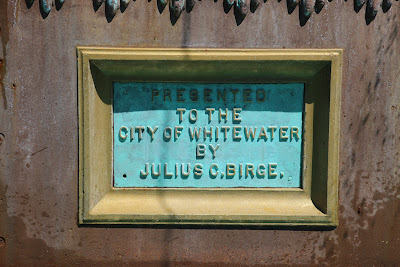 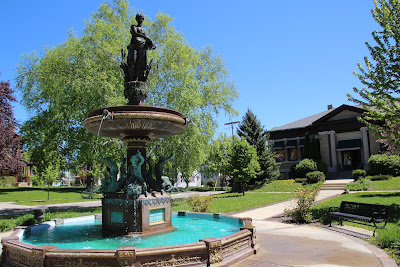 With White Library visible to the right . . . 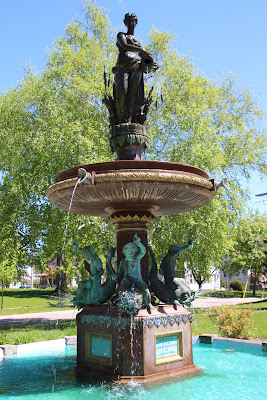 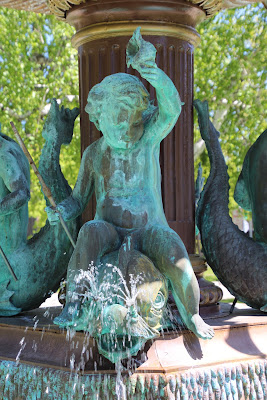 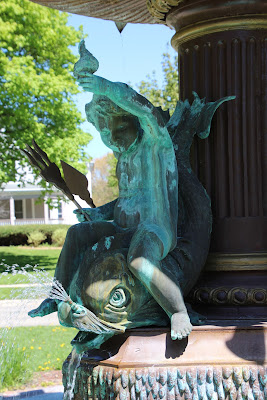 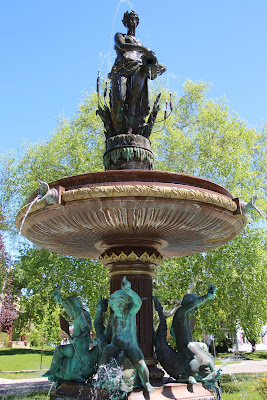 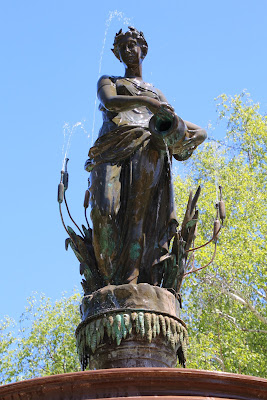 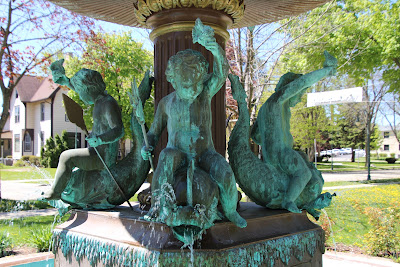 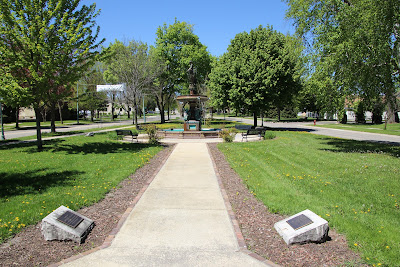 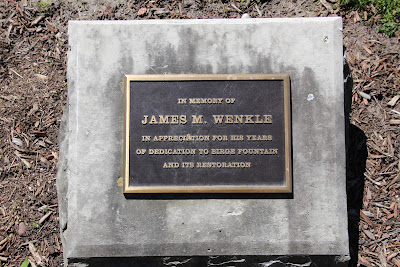 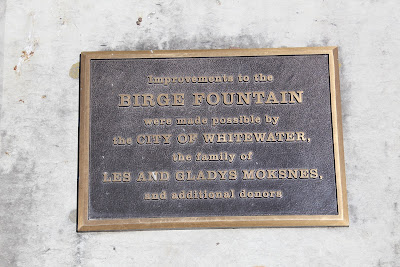 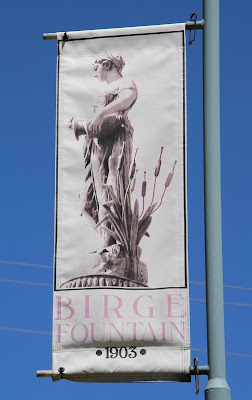 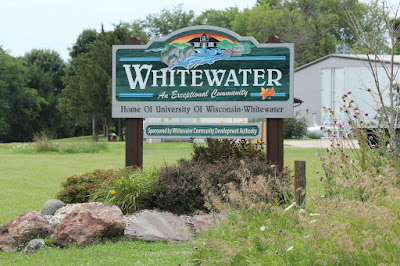