Considered to be one of the fathers of Canada, Champlain was a soldier, explorer, artist, naturalist, and most importantly a cartographer who sent Jean Nicolet on his voyage to the land of the Ho-Chunk, also known as Winnebago, Indians.

In 1608, he was commissioned by King Henry IV of France to lead 32 colonists to establish a fur trading center in North America, which resulted in the founding of Quebec. In 1632, he became the governor of New France.

He suffered a stroke and died on Christmas day in 1635.

Nicolet was born in France, possibly Cherbourg. He moved to Quebec in 1618. At the direction of Samuel de Champlain, he was sent to live among various American Indian tribes to learn their language and customs, to establish trade, and to assure them that the French were there in peace.

In 1634, as an envoy of Champlain, then governor of New France, Nicolet traveled from Quebec to the Bay of Green Bay, making him the first European to set foot in what is now Wisconsin. He met the Ho-Chunk, also known as Winnebago, Indians in the vicinity of Red Banks.

In 1642, while traveling by boat from Quebec to Three Rivers, he drowned when his boat was overturned by a storm.

The marker is located at Nicolet Landing, at or near 4543 Benderville Road, north of its intersection with Nicolet Drive (County Highway A), Green Bay, Wisconsin 54311.

See also, Marker 62: Red Banks, a related marker, at a nearby location. 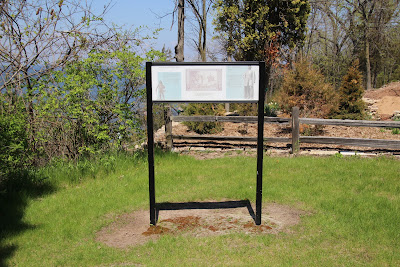 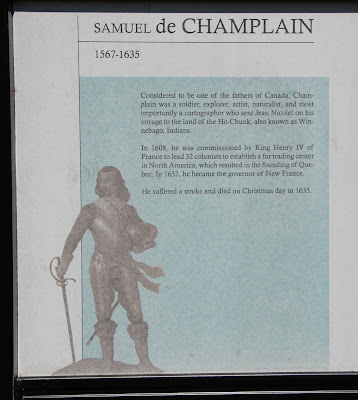 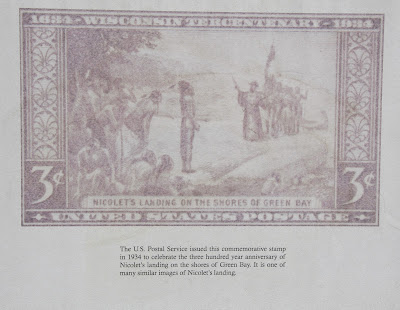 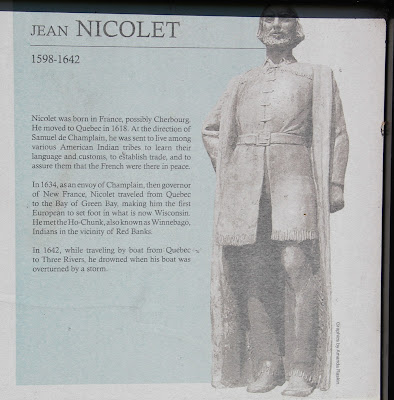 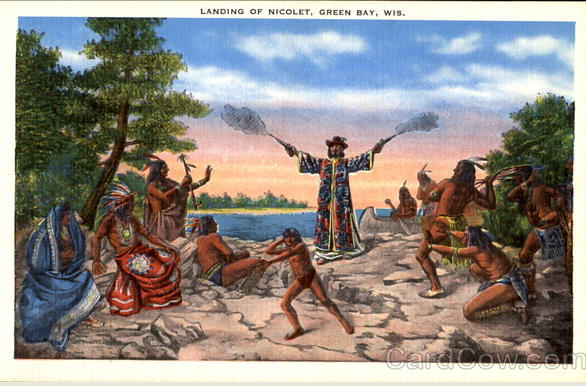 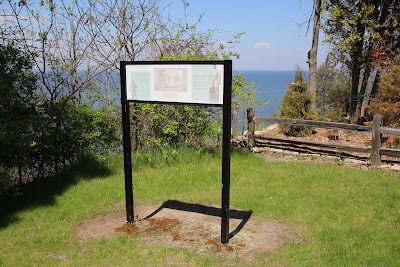 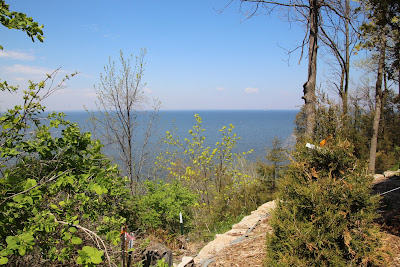 Looking southwest across Green Bay from the marker location. 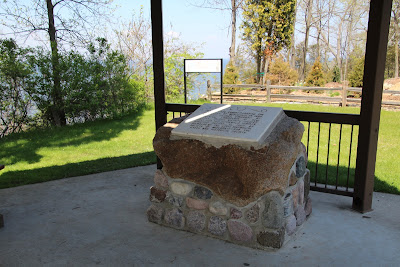 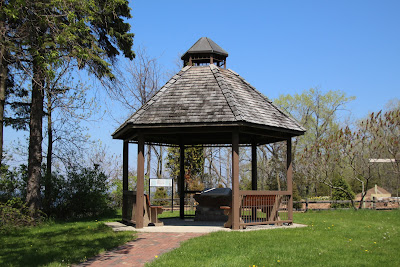 The marker is behind the gazebo. 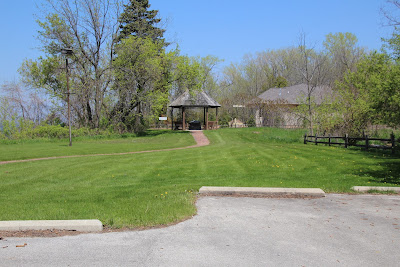 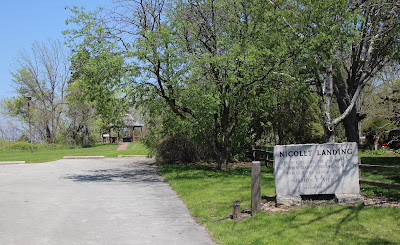 The entrance to Nicolet Landing,
with the marker visible in the distance to the right. 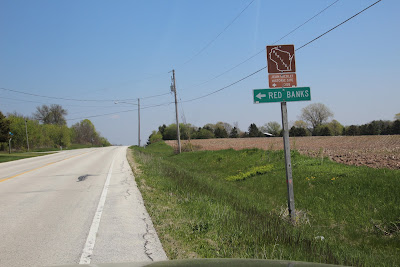 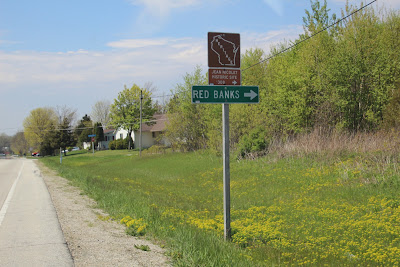 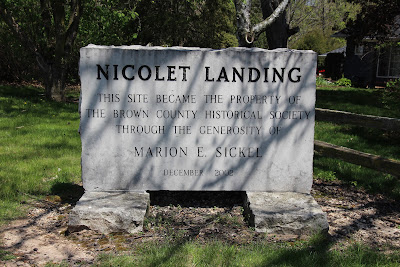 The marker is located at Nicolet Landing in Green Bay, Wisconsin.