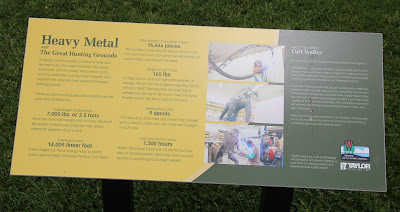 Sculpted out of thousands of pieces of rebar and secured to an inner steel armature, this woolly mammoth, and the nearby Pleistocene hunter, serve as a reminder of a time when massive, hairy, elephant-like creatures once roamed these great hunting grounds.

Check out some fun facts about this sculpture and the artist who created it too!

While this mammoth weighs a lot, it is only about half the weight of what a real full grown male woolly mammoth weighed, about 6 tons!

If laid straight out, this is enough rebar to stretch across approximately 39 football fields or 2.65 miles!

This number counts only the pieces used to make the mammoth's fur. Each piece was individually cut, custom bent, and welded into place!

A single tusk on an actual mammoth weighed, on average, 100 lbs. Can you imagine supporting 200 lbs. with your head? That would be like attaching 40 average size red clay bricks to your head and trying to walk around! Talk about a pain in the neck.

This adds up to 3,555 linear feet of wire. That's enough wire to stretch a little over half a mile and it weighs in at 297 lbs!

Wow! that's equal to just over 54 twenty-four hour days or almost 8 weeks night & day! Have you ever worked on something for 8 straight weeks?

About the artist
Curt Waker

"Art is building a connection to your spirituality, whatever that might be . . ."

Curt Walker has always been interested in arm, but it really wasn't until he was out of high school that he began to create 3-D sculptural art pieces. As a long time employee of Taylor Studios Inc., Curt has had the privilege of working on several unique pieces, but "nothing this intense."

As an artist, "making do with what you got -- working with a single raw material" is what Curt loves. Doing just that, Curt built the inner armature of the mammoth with existing scrap metal found in Taylor Studios' shop. Once the inner framework was complete, he added a wire frame which roughed out the mammoth's initial shape. Then, starting from the bottom and working up to the head, Curt welded each piece of rebar into place individually.

Reflecting on the overall experience, Curt remarked, "If this (woolly mammoth) inspires just one kid to do something, like become an archaeologist, then it was well worth the effort."

The marker is located adjacent to the parking lot for the Horicon Marsh Visitor Center at N7725 Wisconsin Highway 28, Horicon, Wisconsin 53022. 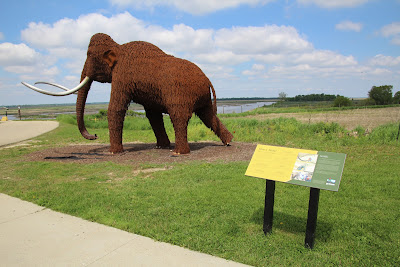 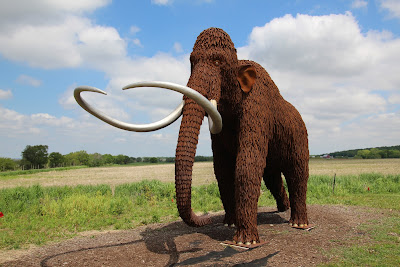 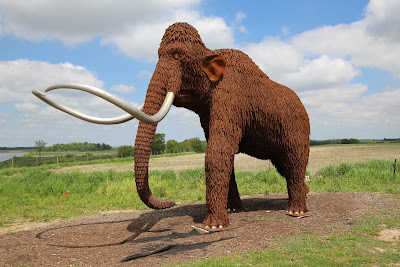 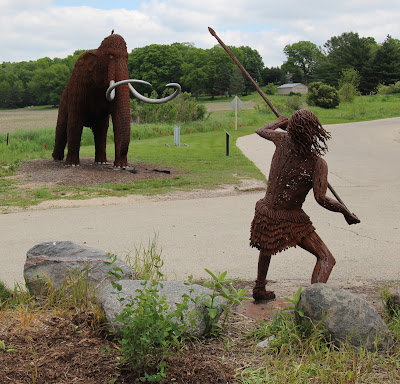 See the bird on mammoth's head! So cute! 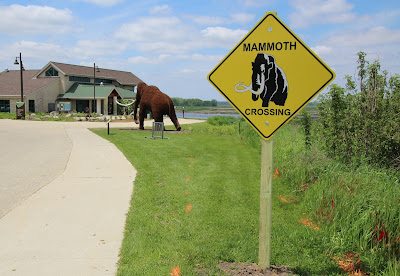 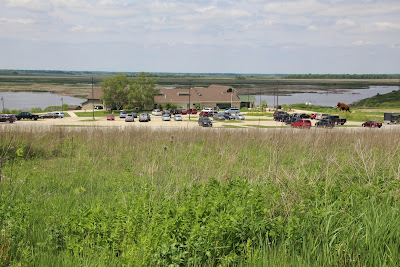 View of the Visitor Center from the upper road
(mammoth and marker are on the right). 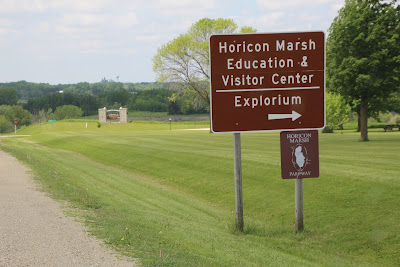 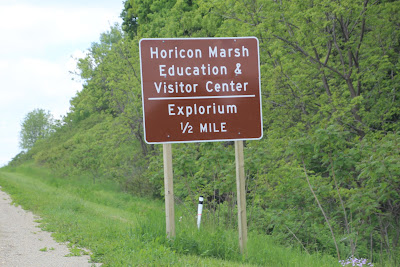 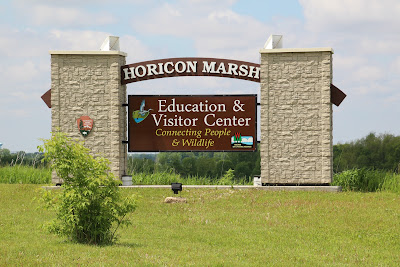 The marker is located at the Horicon Marsh
Education & Visitor Center in Horicon, Wisconsin.