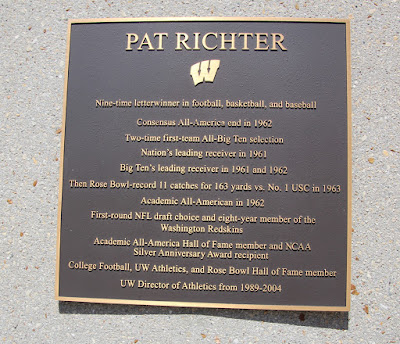 The Pat Richter statue and marker are located at the Monroe Street (Kellner Hall) entrance to Camp Randall Stadium, and is accessible from southbound Monroe Street, south of its intersection with North Randall Avenue, at or near 1440 Monroe Street, Madison, Wisconsin 53711.
Wikipedia: Pat Richter 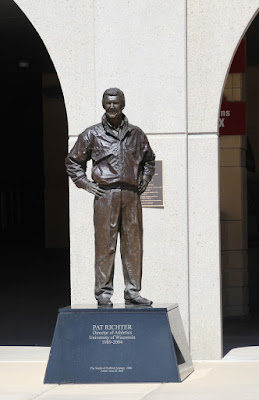 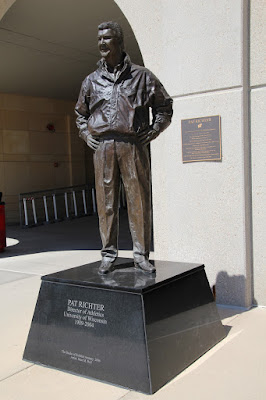 The marker is on the wall behind the statue. 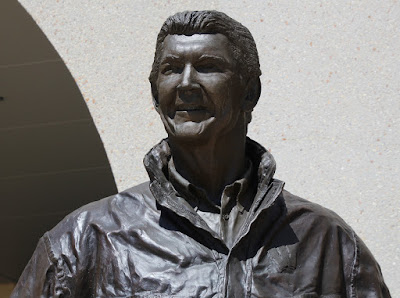 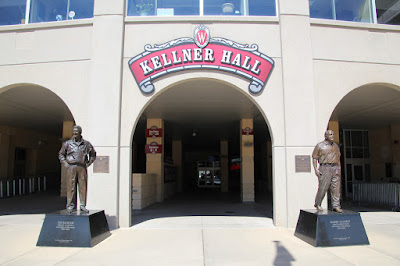 The Pat Richter statue and marker are on the left. 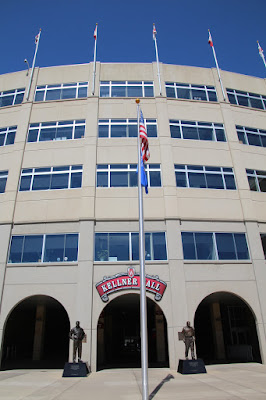 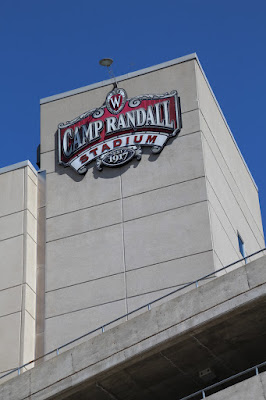 The statue and marker are located at Camp Randall Stadium. 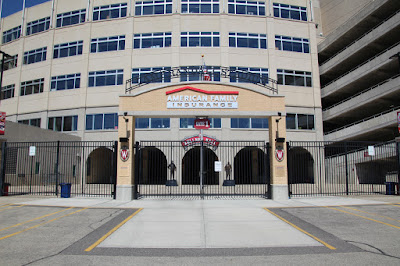 The statue and marker are behind the locked gate.

The Pat Richter statue and marker are located on the
UW-Madison campus in Madison, Wisconsin.